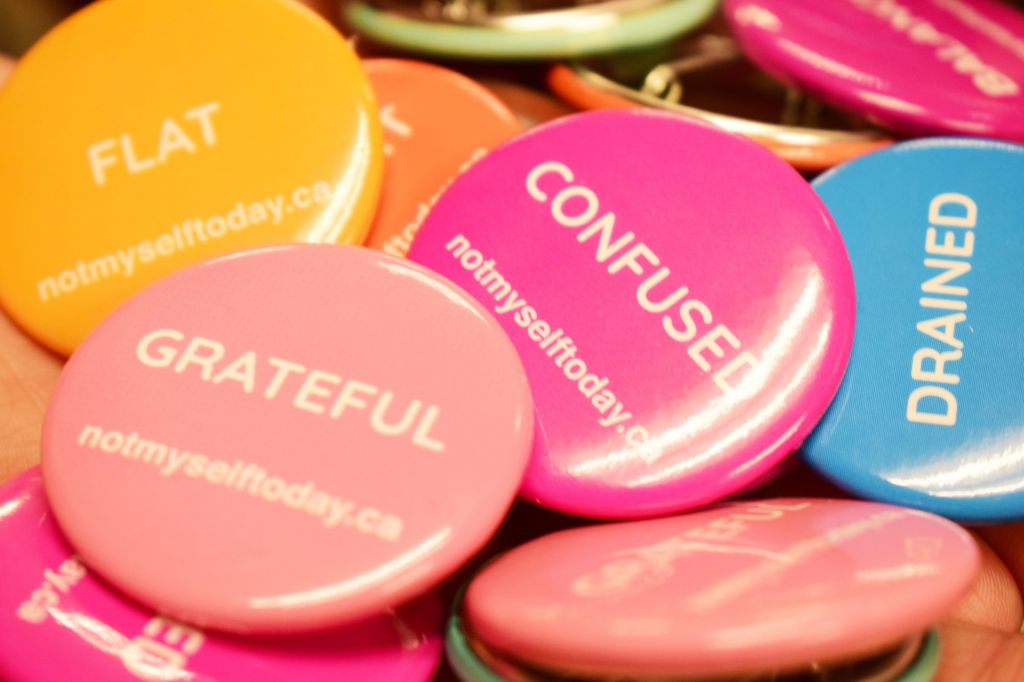 Students in post-secondary institutions are often encouraged to have open conversations about mental health as well as the stigma surrounding mental health.

But recently, the college has shifted its focus to encourage staff and faculty to feel comfortable talking openly about their mental health within the workplace.

Not Myself Today was launched on Oct. 7 at all of the college’s three Ottawa-area campuses in an effort to promote mental health conversations within the workplace. This program was established in collaboration with the Canadian Mental Health Association.

This project has been in the works for roughly about a year and a half with CMHA, while also keeping in reference with the National Standard of Canada.

“With Not Myself Today, we decided as a task force to bring that in so that our employees would start having something to foster conversations around mental wellness at work,” said Sarah Gauen, inclusion and diversity specialist, about recognizing stress levels and creating a positive workspace. “All these factors (are) really important for creating a mentally healthy workplace.”

Gauen also works for the human resources department at the college.

Although there wasn’t enough conversation around mental health before the launch, the college was quick to respond to the concerns of staff in the workplace.

By investing in the task force – which includes a variety of employees including subject-based experts – the college was then able to train 30 ambassadors with Not Myself Today. The team effort on the campaign allowed everyone to get on board, according to Gauen.

On the first day of the campaign, there was an online portal that was launched where staff can register to receive advice or participate in different activities to better educate them about mental health.

The program which was first launched nationally in 2013, is composed of three outcomes: Increasing mental health literacy, reducing the stigma and building more support around work cultures.

Jordan Friesen, national director of the Canadian Mental Association, said in a phone interview with the Times, that because students make up the majority of the population in post-secondary institutions, it creates an interesting dynamic. Since there are more students, there is a bigger push for mental health support, on campuses especially.

“It gives us an opportunity to work with interventions target, which is an important group typically underserved in terms of mental health support,” said Friesen. “We see Not Myself Today as an opportunity to kick start that conversation.”

On the campus itself, there have been physical materials to promote the campaign that staff can use, such as buttons with emotive words on it such as “proud,” “calm,” or “sad” — words that express an employee’s state of mind.

The campaign runs until 2020 and within that time, college staff will evaluate the program by giving feedback as to what works and what doesn’t work.

It was a team effort to establish this program and the college is working to grow the campaign for the future.

“It’s not designed to be something that you have to be an expert in mental health or have a PhD,” said Gauen. “It’s for everybody to start having safer conversations around their emotions.”