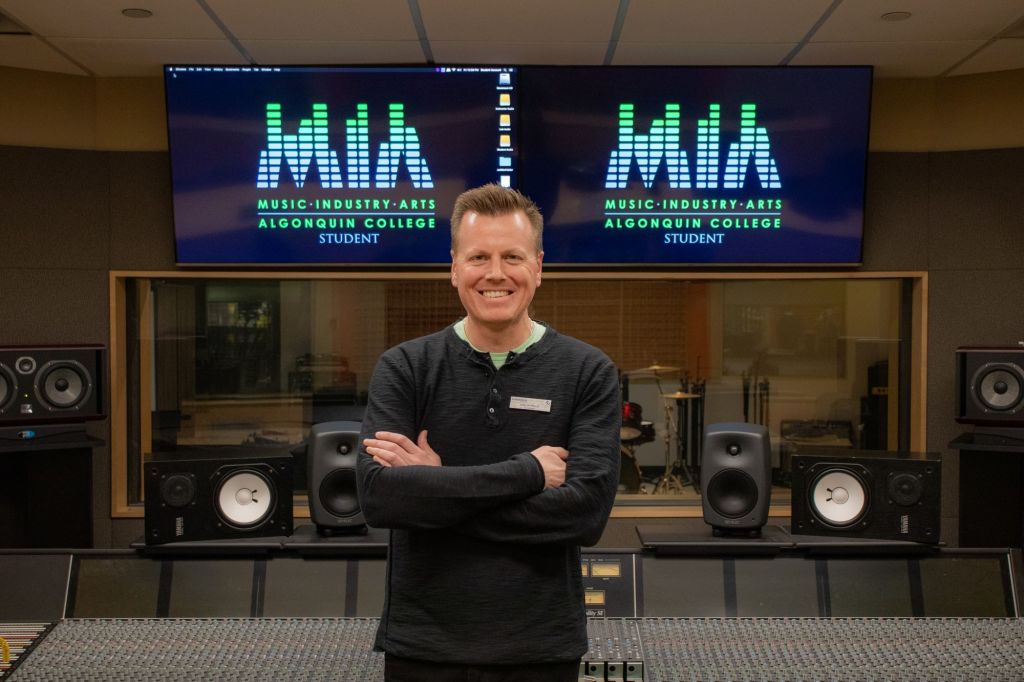 In 2003, iPods had just recently transformed the MP3 player landscape, Limewire was still in its heyday and Metallica’s copyright infringement case against Napster was still fresh in the mind of music aficionados.

Having attended Fanshawe College’s own MIA program years prior, Colin Mills, the creator and coordinator of Algonquin’s program, saw an opportunity to create something similar in Ottawa and decided to submit at ten-page proposal to the School of Media and Design.

Seven years later, in September 2010, the program was officially launched and welcomed its first intake of 50 students. (Full disclosure: years later I was one of them. I’m a 2015 graduate of the program.)

Now in its tenth academic year, Mills is pleased with the way the program has been able to attract students.

“The program has grown quite a bit,” Mills said. “I think, since our first year, we’ve been a wait-listed program – we have more students wanting to take it than we can physically hold – so we’ve increased our enrolment from 50 to 80 students.”

In a field that’s ever-changing, Mills is always trying to stay up to date with the industry’s new developments.

“Now we’ve changed our content, we’ve changed our equipment, we’re trying to stay with technology and move ahead of the curve on the production side but also on the business aspects of the industry,” Mills said. “So it’s always evolving and we’ll continue to do so.”

Robyn Heaton, Algonquin College’s dean of the School of Media and Design, attributes some of the program’s success to the teachers’s deep involvement in the music industry.

One of these teachers is long-time Ottawa music industry contributor, Wayne Hawthorne.

Having been involved with MIA since its inception, Hawthorne decided to join when he saw the need for a program of this sort in the area.

“I was looking forward to joining [the MIA program] because I think the Ottawa region needs something like what this program has become,” Hawthorne said. “It’s pretty amazing [to see] the people and the talent who have come out of here and also the direction that people have chosen, it’s been phenomenal.”

In the end, the goal for Mills and his team remains the same: to help graduates find jobs in the ultra-competitive music industry.

“Our graduates that are out there working in the actual music industry in various roles – those to us are obvious successes,” Mills said. “If we can stay relevant and be placing students with more organizations that can hire them, I think that’s going to be a huge success and by staying ahead of things is how that’s gonna be done.”

Here’s what some grads had to say:

“It was great learning from professionals that are in the industry and have been in the industry for many years… truth be told, I model exactly how I work and how I deal with people after the three profs that I learned from.”

“The program mainly helped me with networking – it looks good on paper having gone there, but it was more the people that I met over there that got me hooked up in the industry.”

“What’s really good about MIA, is that they give you a taste of so many possible jobs and career paths that you can have in the music industry that aren’t necessarily obvious…because they’re covering so much in such a short period of time, they don’t go in a lot of depth with anything except recording – for example, I found the business side to be better for me…the best thing was being introduced to all sorts of possibilities and the networking opportunities.”