Inside a small shed in the M-building, sits big opportunities 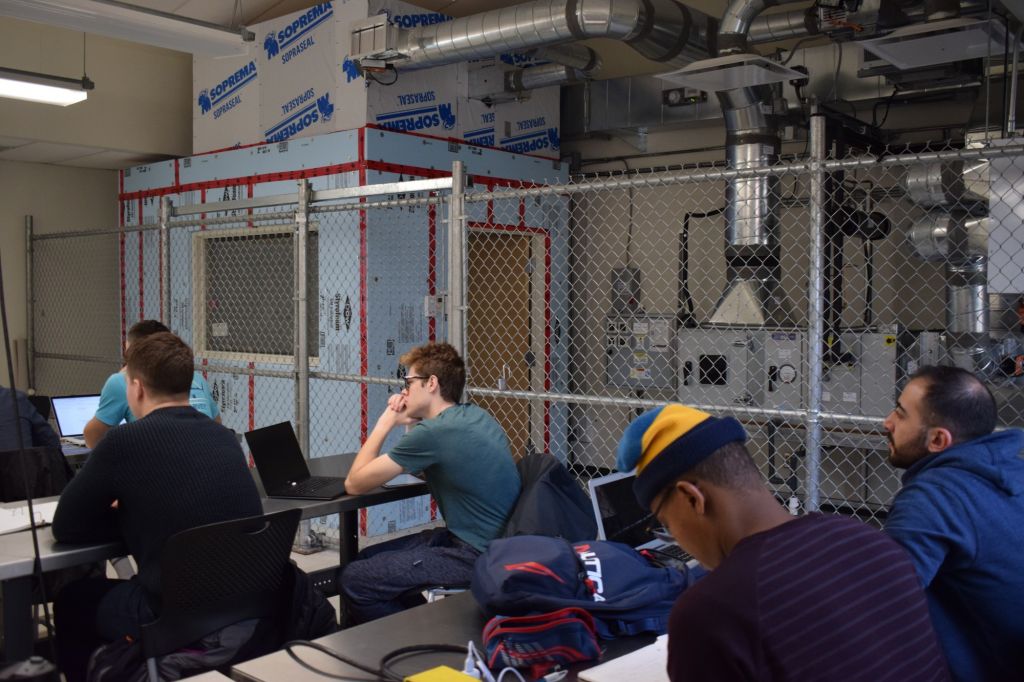 Students in class in the M-building. The self-contained shed is in the classroom, behind a fence.

Located inside a classroom in the M-building, behind a metal fence is what appears to be a small shed, connected to an HVAC system.

The lab, which celebrated it’s opening in October, is being used for much more, according to staff at Algonquin.

“There are a lot of things building science students can do,” said Eric Marois, the academic chair of Electrical, Civil and Building Science at Algonquin.

He added that the commercial HVAC system alone provides unprecedented opportunities for students to learn.

Marois said the contained shed system allows building design students to analyze the environment and airflow of a building.

Students in other programs also benefit from the new system.

“HVAC students have the opportunity to see a commercial system in action,” said Marois. “We could probably handle a small commercial building and by small I mean a few stories.”

The new system also allows students to use the software that controls the system
“It’s a very cool software that allows you to control the environment,” said Marois.

“Students will be able to and try experiments on the machine,” he said, adding that students would not be able to do something like this in absence of the newly installed system.

The system also has a role in green science according to Marois.

“Energy Management [program] uses it to see how to save energy,” he said. “They can see heat loss and the effectiveness of insulation in a self-contained system.”