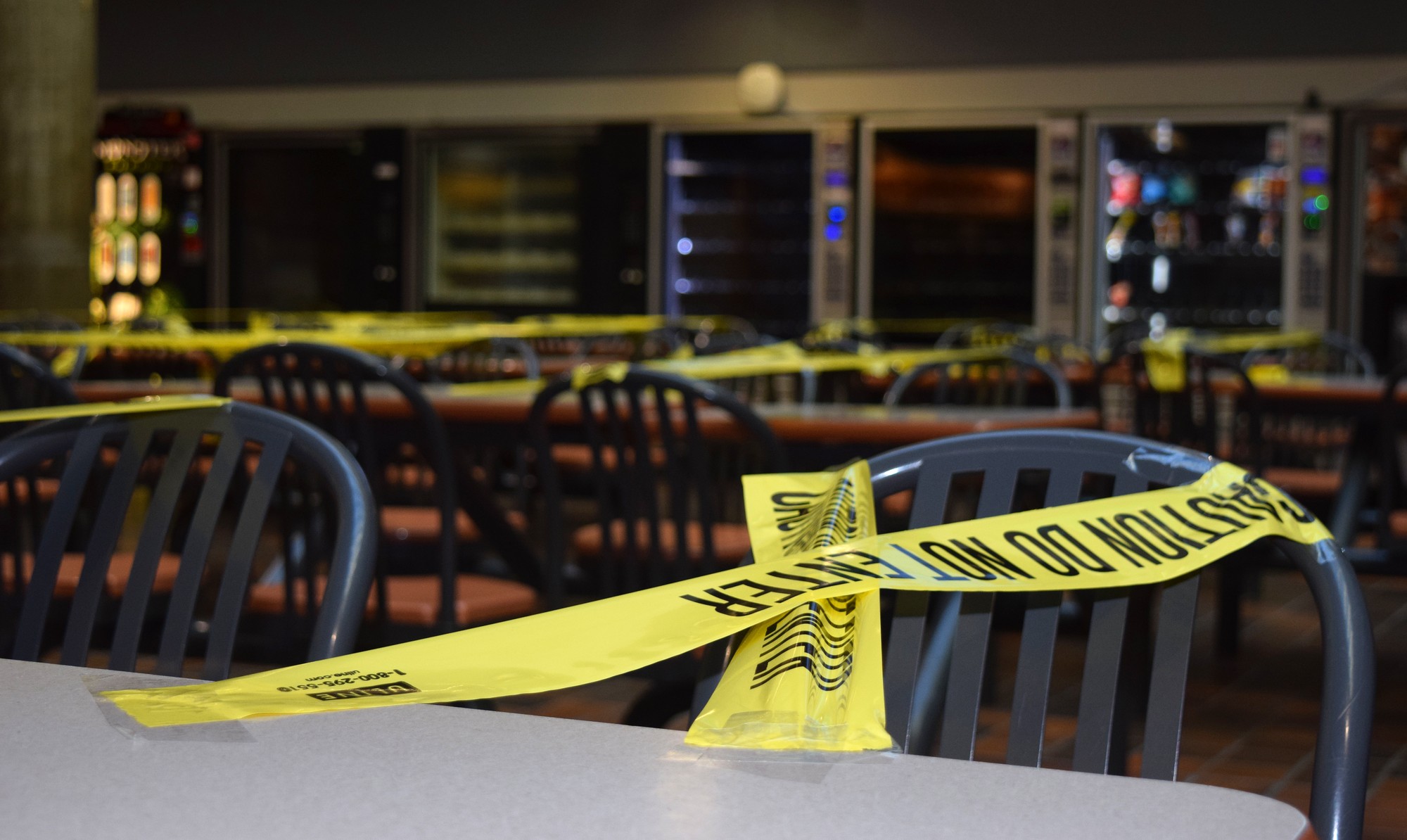 A section of the cafeteria in building b cordoned off due to COVID-19 restrictions Photo credit: Madalyn Howitt

Algonquin College announced a new projected deficit of $21.2 million at the first public board of governors meeting of the school year.

In his report to the board, Grant Perry, chief financial officer for the college, said Algonquin is now projecting a deficit increase of $2.2 million from June’s projection of $19 million, due in large part to decreased student use of on-campus services and amenities.

“With the college’s decision to continue the winter term predominantly through remote delivery, prolonged absence of the student population on-site at the college has impacted all campus services’ business,” Perry said. Residences are at 45 per cent capacity, parking services, food services, retail and printing have all been affected.

The major contributing factor to the deficit continues to be the plunge in domestic and international student enrolment. The former is down nine per cent and the latter is down 34 per cent from the previous year.

Perry also noted that the second quarter interim projection represented the best-case scenario and the school is anticipating an increased attrition rate. “Due to the challenges experienced by our learners from a transition to remote learning,” he said.

Earlier in the meeting, Colin Bonang, director of risk management, outlined the continued efforts of the college in mitigating the effects of COVID-19 on students, staff and faculty.

The majority of students are learning remotely. However, 7,200 students are participating in face-to-face classes, though in a modified environment, resulting in approximately 2,500 students being on campus on any given day.

“To date, we’ve had seven campus involved COVID-19 positive cases,” Bonang said. Five have been resolved and two are still being monitored. There are no known on campus transmissions.