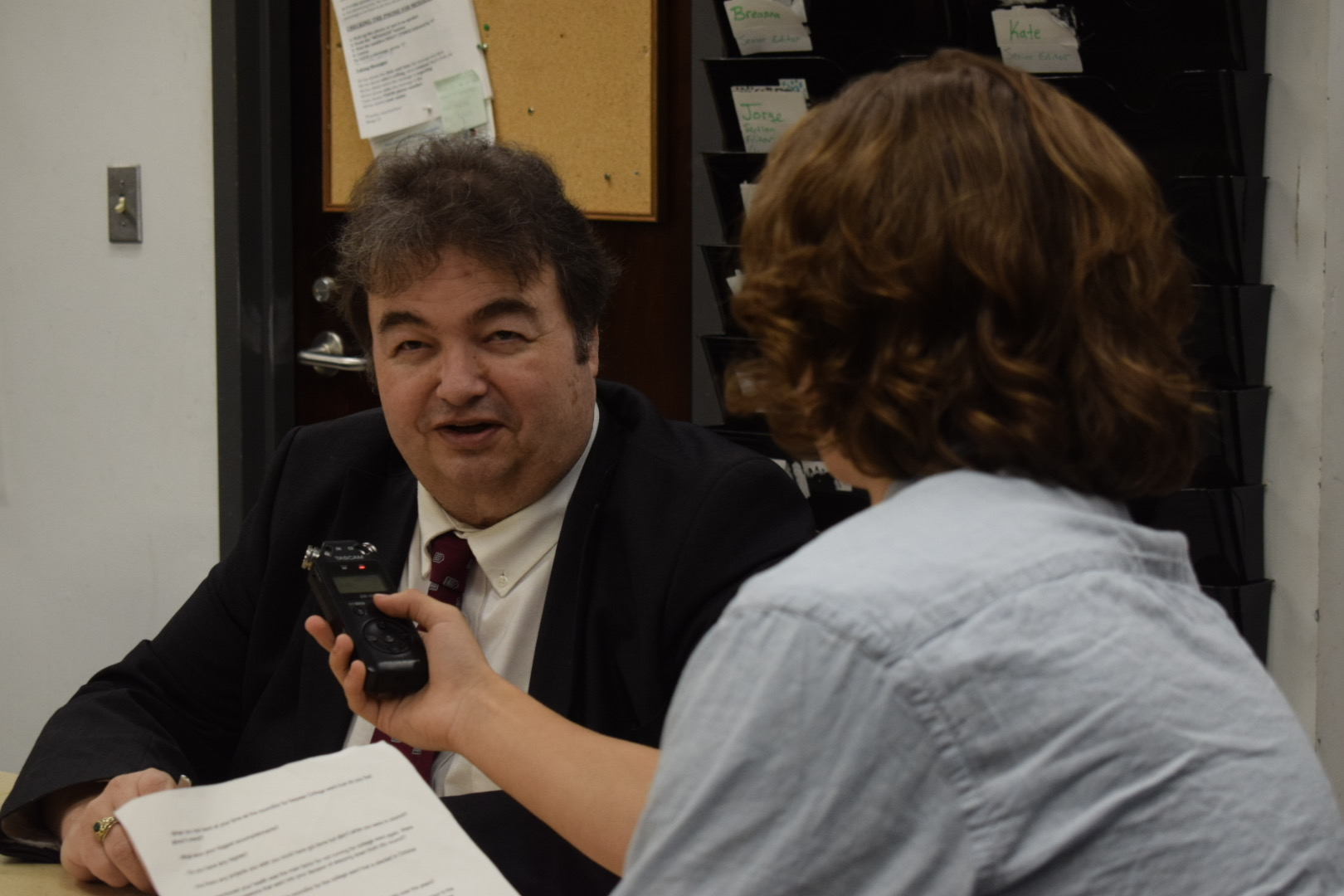 Coun. Rick Chiarelli will not seek reelection in the upcoming municipal election. He spoke with an Algonquin Times reporter about his decision. Photo credit: Aadil Naik

Long-time College ward Coun. Rick Chiarelli mused about running for office in the future during an interview with the Algonquin Times, despite the conduct violations revealed by an integrity investigation into inappropriate and sexually charged behaviour in the workplace.

“If I were to get elected again, which I may, it would be to meet residents, see what’s important to them and make sure those things are done,” said Chiarelli.

Chiarelli is not seeking reelection in the upcoming municipal election.

A former Chiarelli staffer said she would be worried about a possible return to politics for Chiarelli.

Nancy O’Brien, who’s advocating for stronger penalties for conduct violations by municipal politicians, said she was experiencing severe anxiety and sleep loss in the lead-up to the election registration deadline because she feared Chiarelli campaigning in College ward, where she lives.

“I wouldn’t be surprised. He has the audacity and clearly has no remorse for his abusive behaviour,” said O’Brien on Chiarelli contemplating a return to politics in the future.

O’Brien feels there needs to be more accountability for elected officials, suggesting a neutral third-party body passing judgement and penalties on council instead of the current system of fellow councillors assessing each other.

“Rick Chiarelli is the byproduct of a system where individuals are given power and influence with no accountability for their behaviour,” said O’Brien.

Chiarelli partly blames accusations against him on the culture surrounding the #MeToo movement and political motivations.

“The overcorrection caused by the #MeToo movement has turned this kind of accusation into a weaponization of politics because you can bring down any male member of council just by having three or four people make an accusation,” he said.

Chiarelli said he does not think the conduct allegations affected his legacy as a city councillor and feels he would still win if he chose to run for office again.

“I think if I had run, I still would’ve won,” he said. “In the end, people look at what they have around them, and most people like where they live. They think we’ve done a good job with it.”

Chiarelli attributes his decision to not run for another term in council to health and family matters. Chiarelli underwent open-heart surgery In December 2019 and a bacterial chest infection in January 2020, according to a tweet attributed to his wife, Lida, posted on Jan. 10, 2020.

Chiarelli said his mother died months ago. He also said his family is tired of dealing with the fallout from the conduct allegations he faced.

The allegations surfaced in 2019 when five women filed formal complaints against the longest-serving Ottawa city councillor. The city’s integrity commissioner found Chiarelli committed “incomprehensible incidents of harassment” against his female staff members and job candidates. Chiarelli has denied the allegations.

Chiarelli is set to receive a $55,000 transitional allowance as he leaves city council. “I’ll probably put it into, at least some of it, into RSP (retirement savings plan),” he said.

O’Brien had her own suggestion for what Chiarelli should do with the money.

Chiarelli “should donate this money to a charity dedicated to stopping violence against women,” said O’Brien.

As for his plans when a new councillor is appointed to College ward, Chiarelli does not fully know what is in store for him, but he expects to be involved in some capacity in film production for a Christmas movie.