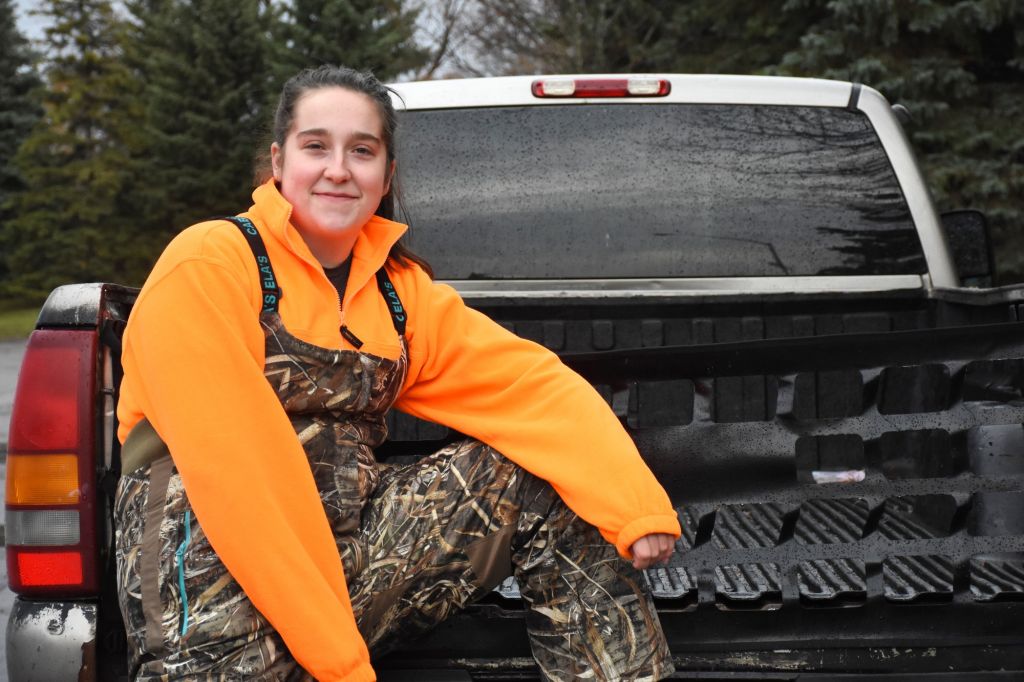 Dressed in shades of green camouflage with bright orange accents, Stephanie Foss, a first-year electrical engineering student, loads up her 2002 GM diesel truck and joins her hunting group in Lanark.

From Nov. 4 to 16, Foss’ hunting group, made up of seven family members and friends, get together and enjoy the wild.

Of the seven members, Foss is the only woman.

“We hunt crown land, so public land that we’re free to do whatever on,” said Foss.

Up until this past season, Foss’s family had been hunting on the same piece of 75 acres of land for 40 years.

Her passion for hunting originally began when she spent quality time with her dad. After her parents separated, and her father moved over an hour away, she was only able to see him once every few months.

As a 12- years-old, her dad took her out for their first hunting trip together. She was able to bond with the group and her appreciation and desire to do the same grew.

“Spending time with my dad was something I was really interested in when I was little,” said Foss. “I didn’t get to see him a lot.”

Once she turned 18, Foss was able to get her hunting license and finally start joining her group in pushing through land and hunting for deer.

Foss enjoys the time she gets out there. Whether she’s in a group or hunting completely alone, the time she has to decompress and de-stress is valuable to her. Working three jobs and studying full time can take its toll.

“It’s nice to get out into the environment,” said Foss.

Luckily, Foss’s school schedule didn’t compromise her hunting time and she was able to work around days.

While Foss was able to get out and hunt, some students may not have been able to accommodate their schedules with their profs, and may have to miss school days in order to get out there.

Feeling the lack of game locally in recent years, Foss’s dream hunting destination would be going somewhere with endless options, somewhere like B.C.

“Like, this season we saw four, my whole group total we saw four or five,” said Foss. “And my group are all retired except for me and my father. They go the full first week and then the weekend afterwards — and they only saw four deer.”

Foss says it’s always been this way, since she’s been out hunting the number of deer around has been minimal. But for her father, in past years, he remembers having the option of picking and choosing what deer he wanted.