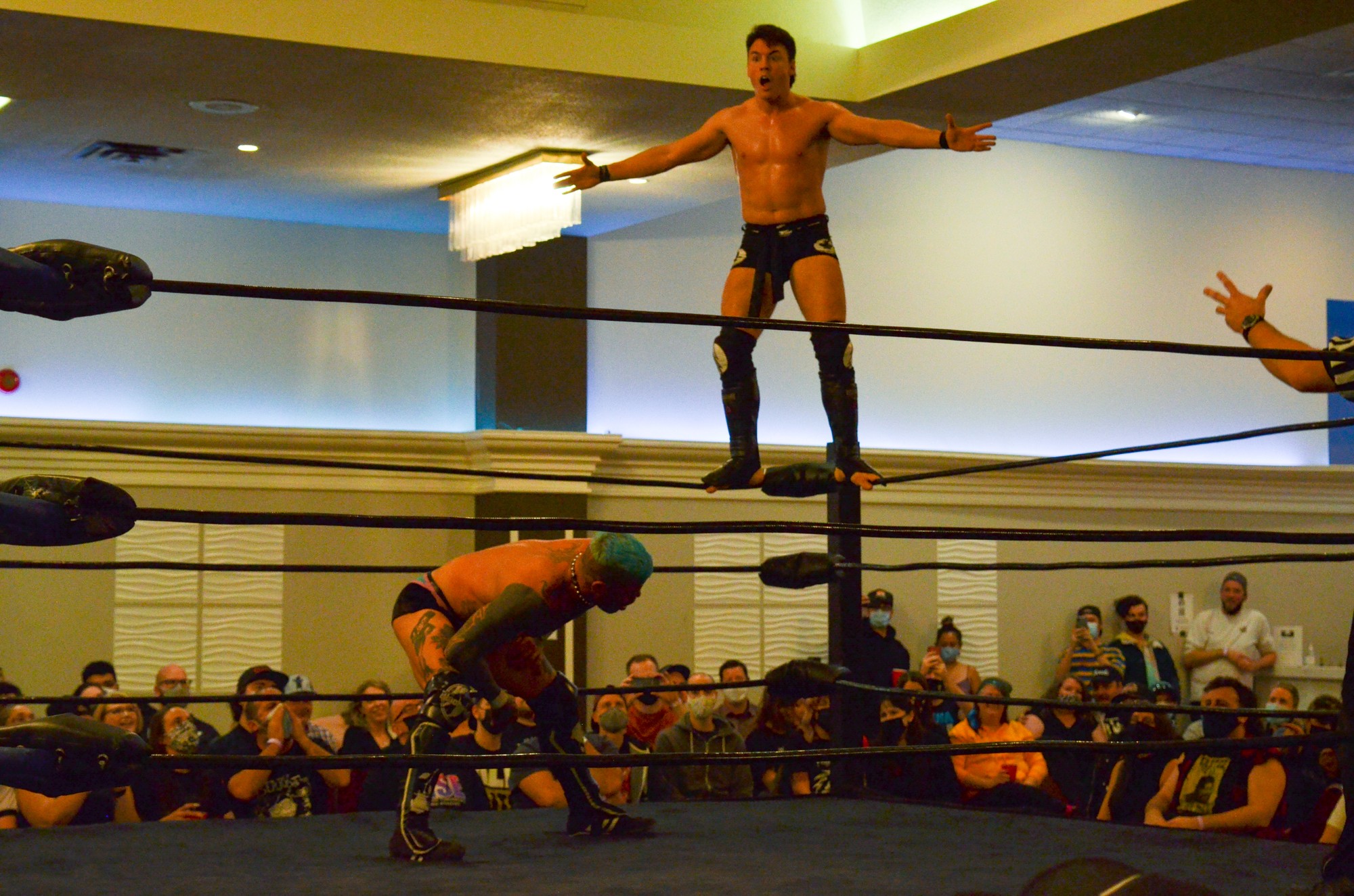 Professional wrestling is stomping its way back to the Algonquin Commons Theatre when Capital City Championship Combat (C*4) presents “Better Watch Out,” on Friday, Dec. 10.

The Ottawa-based independent promotion was founded in 2007 by Mark Pollesel, a graduate of Algonquin College’s scriptwriting program.

Pollesel still uses the skills he learned during college as he pursues his passion for storytelling, including his first feature film which is currently in production. However, starting C*4 was not always Pollesel’s goal. After graduating he became involved in the local wrestling scene, wanting to contribute in any way he could.

“I realized as I was doing it that I was really trying to create something that didn’t exist when I was at my biggest point in my own fandom as a kid in Ottawa – and that was create a solid independent wrestling promotion,” said Pollesel.

With C*4 entering it’s 14th season, it’s hard to argue that it hasn’t become anything less than that solid promotion Pollesel had hoped.

Aside from much of Canada’s current top independent wrestling talent, many former C*4 stars now wrestle in major promotions such as World Wrestling Entertainment (WWE), All Elite Wrestling (AEW) and Impact Wrestling.

“C*4 is an accomplishment I am tremendously proud of,” said Pollesel. “We have built something incredibly special up. It’s a creative outlet in my life that exists in a way that nothing else does. It is a medium that provides immediate audience response to ideas and thoughts that I am putting out into the world. And, just as quickly, it’s over and on to the next one.”

On top of the in-ring action C*4 has raised over $450,000 for the Canadian Cancer society over the past ten years, through their ‘Fighting Back: Wrestling with Cancer’ events. The events began when Phrank Morin, a member of the local wrestling scene passed away from cancer in 2011.

The Dec. 10 event will be the promotion’s third event since returning from an 18-month absence due to the pandemic. Their previous event, “Never Say Never Again,” occurred on Nov. 12 at their regular venue in Little Italy. It was headlined by a winner takes all match which saw C*4 Champion ‘Speedball’ Mike Bailey defeat C*4 Underground Champion Kevin Blackwood.

“Better Watch Out,” will be C*4’s first show at the ACT since Oct. 2, 2018. The main event will feature Kobe Durst challenging Bailey, with both of his C*4 titles on the line.

Elsewhere on the card, current AEW stars Evil Uno and Stu Grayson of the Dark Order return to C*4 to take on the duo of Mark Wheeler and Jessie V – Locked n’ Loaded, in a tag team match.

“If you’ve never been to a C*4 show before, prepare for an experience like nothing else in Ottawa,” said Pollesel. “We are thrilled to be returning to the Algonquin Commons Theatre. It’s a spectacular venue and certainly helps elevate the event itself. I promise if this is your first C*4 show, it won’t be your last.”