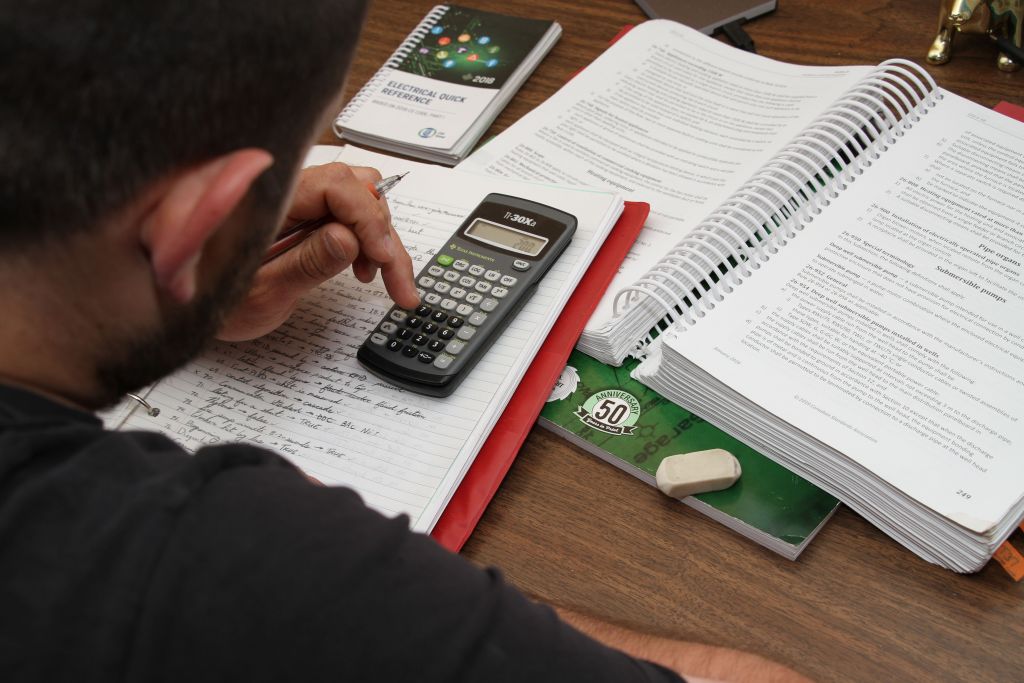 Trade students are having a difficult time keeping up with their studies since returning to work.

Hundreds of trade students are missing the opportunity to advance in their careers financially and professionally.

On March 17, test centres were forced to close because they were deemed non-essential. The test centres administer the government certificate of qualification exam for the Red Seal trade programs.

The six offices in the Ontario Eastern region have approximately 360 clients waiting to write their exams, according to Janet Deline, Ministry spokesperson. The six eastern offices are located in Ottawa, Kingston, Cornwall, Belleville, Peterborough and Pembroke.

Shaun Barr, chairman of construction trades and building systems at Algonquin College, said he has been talking with the Ministry of Labour.

“I have offered our space for them, when we get them back, to increase the amount of exams we can do. They like that idea, but they have to go up the chain of command to get an answer,” said Barr.

The government exam is the last step for trade students. After students pass, they receive their journeyperson status and federal Red Seal certificate. The Red Seal certification means individuals are recognized as licensed in their trade all across Canada.

“The ministry is looking at all appropriate options for hosting certificate of qualification exams once local offices are reopened and safety protocols are in place to protect Ontarians,” Deline said in an email.

An electrician trade student, who asked to remain nameless for fear of repercussions at work, said his group completed Algonquin College’s apprenticeship program and is now waiting to write the government exam.

“Luckily we finished. We wrote our last [school] exams before the college got shut down,” he said.

After five years of accumulating 9,000 hours of trade time, he said it has been disappointing to not be able to finish.

“Unfortunately, no raise and that’s the frustrating thing right now… but it’s a small thing compared to what some people have to go through, not being able to work at all. I just feel lucky that I’m at least working,” he said referring to those who have been laid off during the COVID-19 pandemic.

He said students will receive a $5 to $6 raise per hour once they pass the government exam. The average electrician’s wage in Ottawa is $34.24, according to Indeed, an online job site.

The electrician student said he has been working since finishing the program at Algonquin College. His workplace is considered essential.

“I honestly haven’t been studying at all anymore. I was. I have this app… I’ve been kind of doing that on and off but recently not as much. Just been busy with work,” he said.

In order for students to pass the government exam, they are required to achieve a 70 per cent or higher. If a student fails the exam two times, they will be asked to provide the Ontario College of Trades proof of upgrading before being allowed to try again. This proof is examined on a case to case basis.

Barr said the faculty is keeping study material available for students to access during this period of waiting. He said if there are any students struggling, he encourages them to reach out for help.

All apprentices, under normal circumstances, have one year to write the government exam after they complete their schooling and trade hours. Recently, the Ministry of Labour changed the timeframe regulation.

“Journeyperson candidates whose status is expiring soon, or has already expired, may have their status extended by 120 days. This extension would also apply to those whose certificates and memberships expired between March 18, 2020 and Sept. 18, 2020,” said Deline.

The extension allows those who are affected by the closure to have more time and gives them the ability to continue working legally in their trade, according to Deline.

“The trades will overcome. They will adapt. We always do,” said Barr.