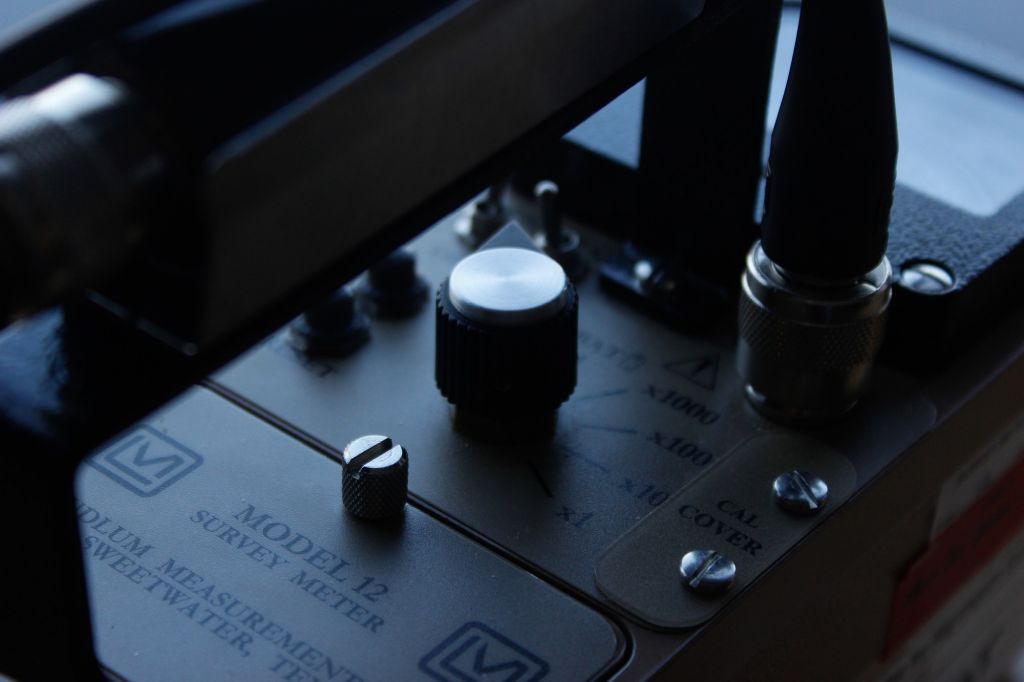 Ludlum Model 12 Contamination meter which is a common radiation protection instrument. Meters are capable of detecting disintegrations per minute of radioactivity. Meters will be configured with different probes to count specific disintegrations or ‘counts’ per minute that emit gamma, beta, or alpha radiation. Photo credit: Jorge Antunes

Like many Ontarians, Karl Soopalu was awakened on the crisp Jan 12. 2020 morning to the blaring alarm on his phone. He said to himself, “Oh, oh.”

As the coordinator for applied nuclear science and radiation safety program at Algonquin’s Pembroke Campus, he knew there was nothing to worry about.

“Any operating nuclear facility has really robust measures for protecting people and the environment,” he said.

Connor Lahey, a second-year student of the ANSRS program had a similar reaction. “I was really nervous for a second,” he said.

In his first year, as part of his co-op term, he spent four months at the Pickering Nuclear Generating Station.

The recent HBO mini-series Chernobyl may have fed some of the panic online. Many jokes on social media referenced the series which depicted the catastrophic explosion of the RBMK-type nuclear reactor in Pripyat, Ukraine in 1986.

In Chernobyl’s case, the Ukrainian technicians were carrying out an unsafe test on the RMBG-type reactor, a very poor reactor design which doesn’t have any containment. Containment is a standard of the much safer Canadian CANDU-type reactor, Soopalu said.

Three Mile Island “had a significant meltdown,” Soopla said. They failed “in keeping the public apprised,” which led to significant panic during the accident. “The public both has a right and a need to know what was going on.”

He believes the ultimate error was one of communication. “The fact that there was this loosey-goosey ambiguous message did not alarm me a lot because of the mitigation measures that were there,” he said.

Within hours, Ontario’s Solicitor General sent out an official statement that read: “The Government of Ontario sincerely apologizes for raising public concern and has begun a full investigation to determine how this error happened and will take the appropriate steps to ensure this doesn’t happen again.”