For some, polyamory can bring feelings of belonging and comfort 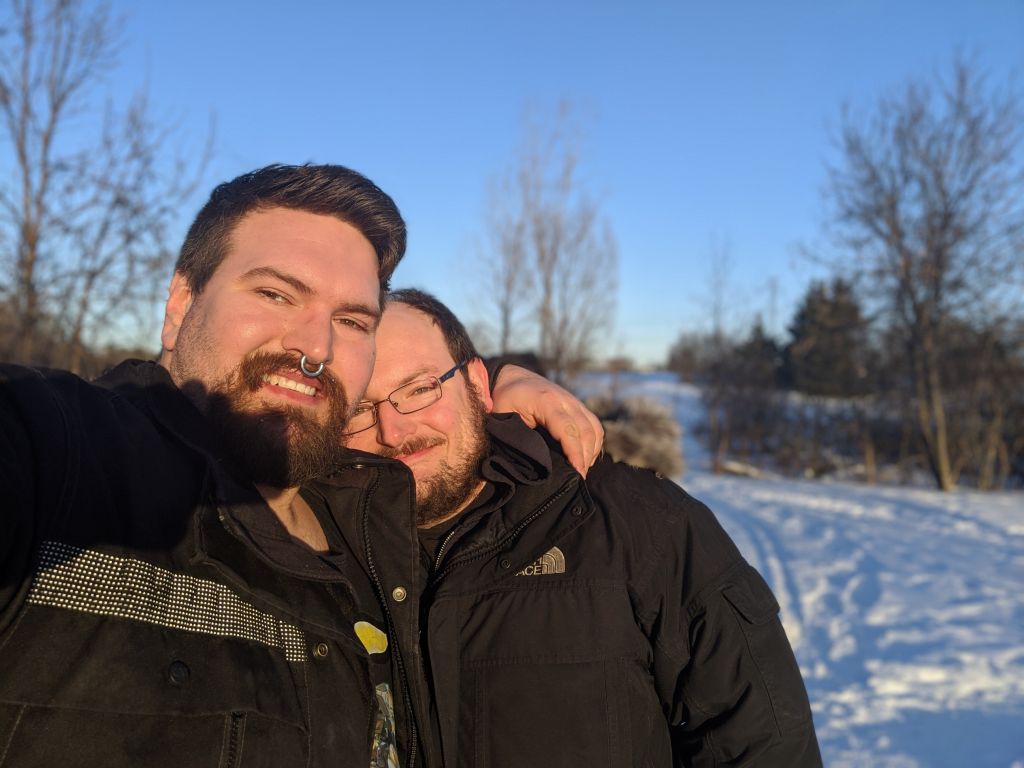 When Daniel Harris talks about how to make polyamorous relationships work, he sometimes likes to joke that the requirements are a shared Netflix account and a Google calendar.

“I don’t believe in a way of living for everyone,” said Daniel Harris, 36, who has considered himself polyamorous for 12 years now. “You have to find what makes you want to be better, be more caring and be stronger. And for me, that’s polyamory.”

Harris is a life coach with LiveWorkPlay, a powerlifter who is a regular at Algonquin’s Fitness Zone, an aspiring writer, a rugby player with the Ottawa Wolves and is in three separate relationships.

But what is polyamory?

At its roots, polyamory means having multiple relationships with multiple consenting partners at the same time. But polyamory isn’t that simple.

“And while it’s easy to think of polyamory as a lifestyle – as though there’s one way to do it, one common set of assumptions that underlie it – those relationships take a staggering number of forms,” writes Franklin Veaux in his 2012 piece “What is Polyamory,” published to morethantwo.com.

Different people have different styles of polyamory. Some polycules – a group of people participating in a polyamorous relationship – consist of a closed-off group of three or more partners who all date the other people in the relationship. This style is known as trigonal polyamory.

Harris, however, practices the vee form of polyamory. In a vee relationship, one may have two or more partners who are not engaged in relationships with each other. Members of the polycule may have varying levels of interaction depending on that group’s style of polyamory.

“For me, I found that I had a need for polyamory that I had never really understood before,” said Harris. “Each partner I have, I get to experience different parts of myself with them.”

For Harris’ polycule, having multiple partners means that they have more people to love and support while being loved and supported more in turn.

“It almost feels kind of like a second family in that regard,” said Brendan Irwin, 34, one of Harris’ three partners. “It’s like a chosen family aspect. It gives you this sense of belonging and comfort.”

Harris speaks proudly and lovingly about his multiple partners, but he was not always this open about who he was.

During his time at Goulbourn Middle School, Harris struggled to accept that he was gay.

“When I was 14, I kept sort of telling myself ‘if I’m gay,’” said Harris. “For a long time, I really wanted to be normal and struggled to come to terms with the fact that I’m not.”

Harris had previously played a wide variety of sports, such as football and hockey, but he stopped playing around the time that he started discovering his sexuality.

“The feeling that I got from team sports was comradery,” he said. “That’s why I sort of left them when I was 13, I no longer felt that comradery.”

In high school, Harris started to come to terms with the fact that he was attracted to men, but he didn’t yet feel accepted for who he was. He started to spend less time with others and more by himself or on the internet.

“I closed myself off a little bit more and just sort of survived high school,” said Harris. “And it took me a few years to come out of that and really start finding my way again. I was very lonely at that period of my life.”

Harris found himself opening up to others online rather than in person. Through the use of what he affectionately refers to as “google-fu,” – the act of finding facts, communities, information, etc. online, – Harris found communities full of people who he felt understood him.

He made online friends and found communities that felt like home. At one point, he even had an online boyfriend from Australia, which he jokingly recalls as a rite of passage for himself.

“I was definitely getting some love and acceptance for who I was instead of who I was pretending to be,” said Harris. “It was both validating, but also a crutch.”

Online relationships helped Harris start to accept himself for who he was, but he did not feel fulfilled from it. He wanted stronger real-life relationships and did not start to develop them until university.

In 2002, Harris attended University of Ottawa for English and philosophy. There he found people who were open to who he was and what was interested in. He formed different relationships with many different people and started to come to terms with who he was.

“It wasn’t until university that I started coming out of my shell again,” said Harris. “After that, it was a matter of throwing myself into things and seeing what worked for me. That’s the best way to learn and get to know yourself. Just jump into things and make a fool of yourself.”

In 2008, Harris learned about the existence of the Ottawa Wolves, a rugby team made up mostly by gay men. Harris jumped at the chance to play and rediscovered his love for team sports.

Through the wolves, Harris developed a passion for rugby. It forced him to become more decisive and taught him to take action. He credits this as one of the things that made him become more confident in himself and who he is.

“It’s a lot better to go out, try, and just see what happens,” said Harris. “That’s one of the big things with rugby – just do it.”

Through rugby, Harris was introduced to polyamory. “I started meeting people who are polyamorous and felt a kind of jealousy. That feeling kind of surprised me,” said Harris. “I didn’t realize how much it meant to me yet.”

Harris started to explore his newfound interest and learned lots about both himself and polyamory. He made many friends in the community and started to discover what polyamory meant for himself.

Harris feels that embracing polyamory has allowed him to grow as a person and better accept who he is. Polyamory has given him more to love and be strong for.

“I think everyone who knows me has seen me become a lot more fulfilled, happier and all around more developed,” said Harris. “I feel like I can shrug off the slings and arrows of assholes and killjoys.”

Harris finds that there are sometimes misconceptions around polyamory about jealousy.

“Jealousy is a natural human emotion,” said Harris. “Just because you’re polyamorous doesn’t mean you don’t feel it. When you do feel it, you need to see it as ‘how can I work to overcome it?’ You really have to work to develop a lot of compersion, which is the joy you get when you see a loved one succeeding.”

Harris and his polycule find that the best way to help each other succeed and ensure everyone’s needs are being met is to have open, clear communication.

“Communication is vital in any relationship, polyamory especially,” said Irwin. “One of the things I like about Daniel so much is that we are able to communicate so much, so clearly.”

Overall, Harris feels that he has found a lot of joy and fulfillment in polyamory. His partners make him feel stronger, more loved and all around more complete.

“Embracing my weird, gay, nerdy, polyamorous self, it really helped me break down the barriers I put up around myself,” said Harris.

Harris is excited for whatever comes next in the future. He hopes to finish his novel and continue deepening his relationships with each of his partners.

“I feel like I’m more myself than I’ve ever been in my life. And I feel that whatever else I discover, I’ll continue to be supported by all of my partners,” said Harris. “All three of my partners will be there to support me in whatever ways they can, and that makes the future…not terrifying.”