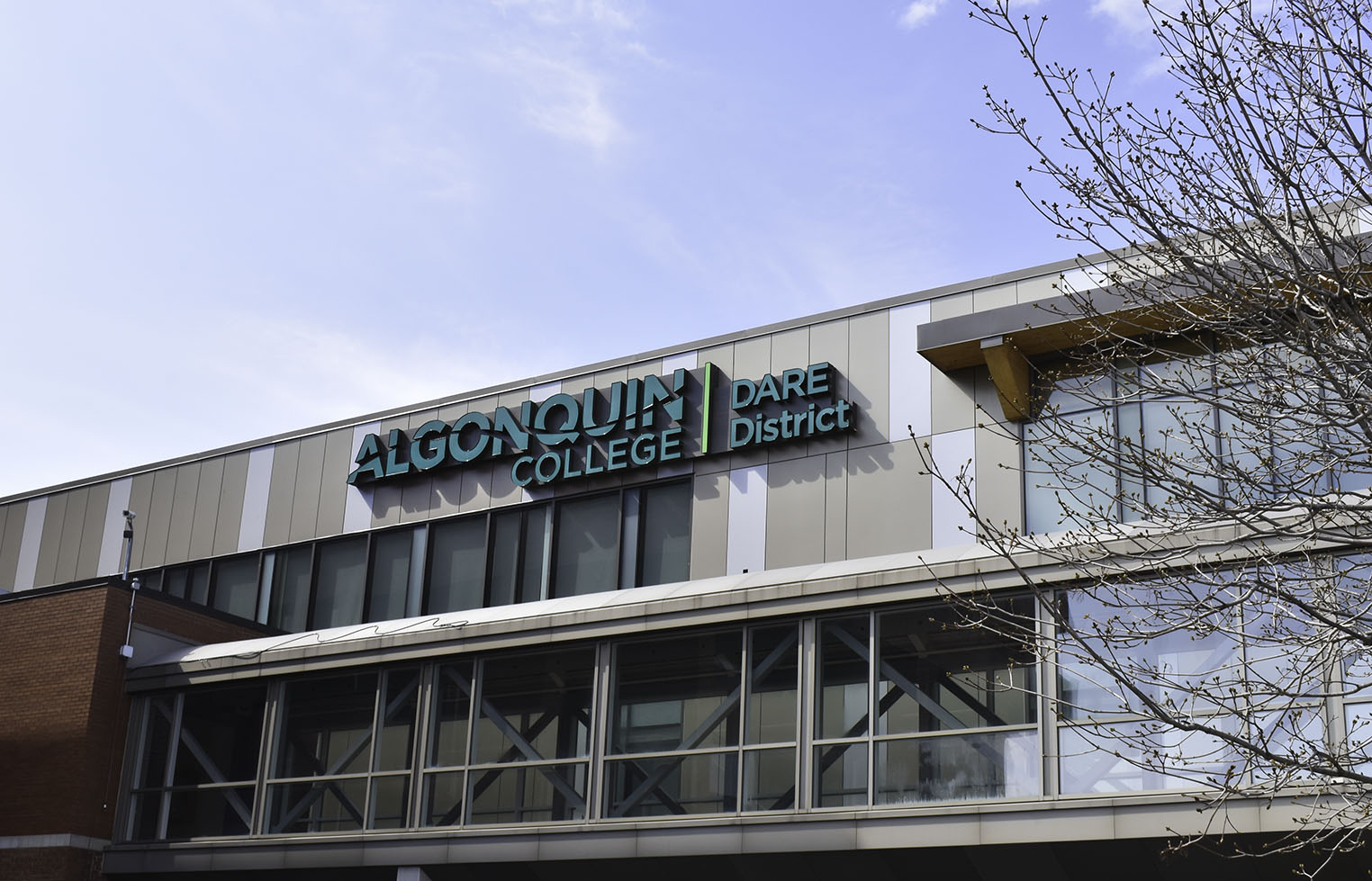 The Dare District, opened in 2018, was built with a green roof and using other green construction techniques Photo credit: Brett Thoms

As the college continues to pursue building strategies to reduce the carbon footprint of the Woodroffe campus, the pandemic has caused planners to rethink the future of sustainable construction projects in light of the changing situation.

“What does education in the future look like from a space perspective and can we make do with the existing space?” asked Ryan Southwood, acting executive director of facilities management. “Because if we don’t have to build more space it reduces your carbon footprint, or at least maintains it.”

This new line of line of thinking builds on recent initiatives taken by the college to reduce its carbon footprint.

For example, the college is implementing energy-efficient glass techniques for windows and using carbon-neutral flooring as examples of new green construction projects on campus, among other green practices, says Southwood. It’s also pursuing LEED certification on significant building projects and exploring passive house standards, though it is unprepared to commit to the practice as of yet.

One project of note has been the undertaking of a multiyear project involving a solar panel array and battery energy storage system, which will be integrated with two natural gas generators to produce power for the college.

The system was scheduled to be completed by March 31, 2021. That deadline was missed, however, according to meeting minutes from the most recent Algonquin board of governors meeting. The project is incomplete because of a series delays caused by bureaucratic issues and the pandemic, according to Southwood. The project is now expected to be complete by the end of May.

The newly installed array will produce approximately 747 megawatts of energy in the first year. To put that in perspective, Algonquin used 65,000 megawatts of electricity in 2017 according to Algonquin College Energy Emissions Strategy. This usage was only projected to go up in the near term, according to the document.

The main obstacle to further efforts at reducing the colleges carbon footprint appears to be funding.

Duane McNair, vice president of finance and administration at Algonquin College, does not see funding being very forthcoming from the current provincial government, so the college would need to pursue alternate means of financing.

“We are developing within the next 12 to 18 months an infrastructure renewal strategy,” said McNair. “We are looking to invest and upgrade other old stock buildings, we would like to take down some buildings to run more efficiently. However, this would all require a great deal of capital.”

“It continues to be a high priority for us,” said McNair. “We are integrating green construction principles into our practices and policies for builds and major renovations so we can continue to reduce our emissions.”

A greener and more efficient campus might be a financial advantage to the college in the long term.

“Green construction is capital intensive on the initial investment but once you start looking at the lifetime of our facility or a building for 20, 30, or 40 years it becomes much more affordable,” said Southwood. “We’re always looking at it from a total cost of ownership perspective. What’s the best bang for our dollar?”

The world has just broken the highest daily average record of atmospheric CO2 according to data from Mauna Loa Observatory. Therefore, the pressure is on for institutions worldwide to start reducing emissions to avoid worsening the effects of manmade climate change.

“To get net zero is a cultural change and country change on how to produce and use energy in Canada,” said Southwood.