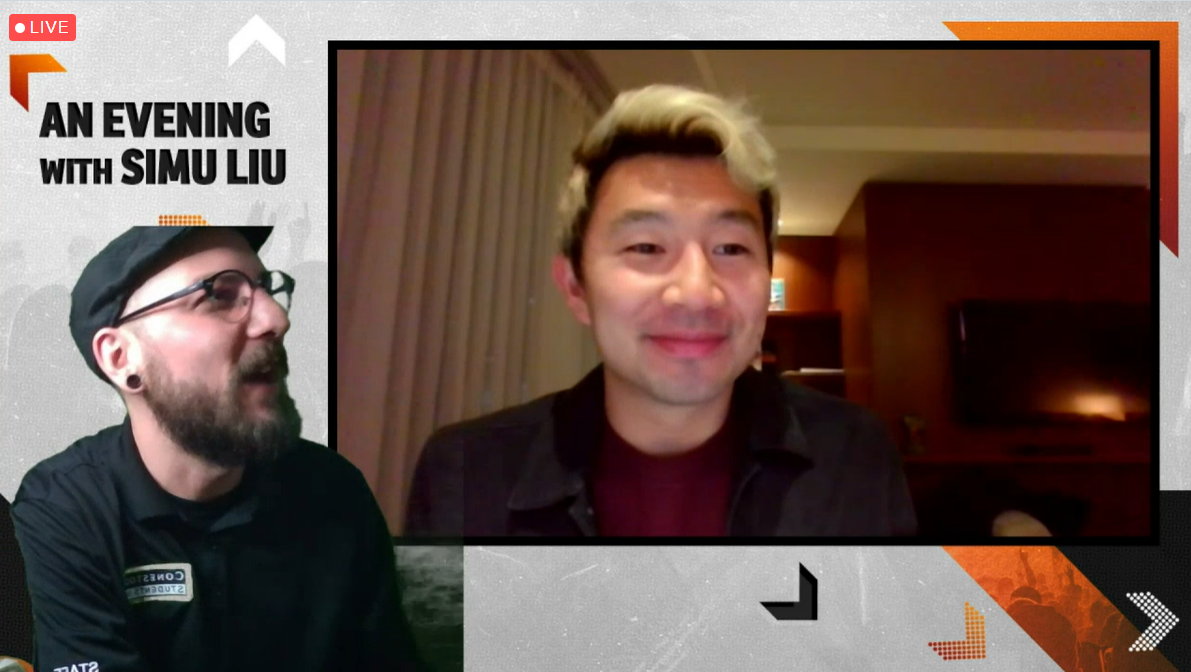 Every hero has an origin story and Shang-Chi actor Simu Liu revealed his during Algonquin College’s recent An Evening With series.

“I was born in a little city in China called Harbin. I guess the notable thing about me and my early life is that I didn’t grow up with my parents,” Liu said.

“I grew up with my grandparents while my parents were in Canada. They went to Queen’s University and were working on building a life so that they could eventually come back and help me immigrate so that our family would be together,” Liu added.

When Liu was four and a half years old, his father arrived at his grandparents’ house ready to take him to Canada.

“That was just jarring and very tough for me. All of a sudden, I found myself in this totally different environment with parents I didn’t know I had,” said Liu

Liu explained the relationship between him and his parents had “such a gap in mutual understanding and communication.”

“I think we just clashed because we came from such different places. Eventually as I grew up in Canada, I learned very different values than they did growing up in China in the 60s and 70s,” added Liu.

When it came to Liu’s career, his parents wanted him to take a different path. Having been electrical engineers working in the aerospace field, they wanted their son to follow in their footsteps or to have a medical career. Liu wanted none of that.

When it came time to pick his post-secondary studies, Liu settled on business and finances.

“I had this misguided image of going to work everyday in a fancy suit and having a nice car. Those were the things that mattered to me when I was 18 years old. I thought business would be the right way to do it,” Liu said.

Upon graduating, Liu was hired by the firm Deloitte as an accountant.

“I remember showing up to work the first day and asking myself what have I gotten into? It was just so not what I wanted,” said Liu.

On April 12, 2012, Liu was terminated from his contract. After being fired, Liu went on Craigslist and searched for acting jobs in Toronto.

“There was a gig out there that really caught my eye and then I was able to get on my first movie set. That was the inciting incident that started it all,” Liu said

When asked about how he felt being casted as Marvel’s first Asian superhero, Liu described it as “an incredible moment.”

“I got this call from Burbank, Calif. It was Kevin Feige, the president of Marvel Studios. He asked me if I wanted to be Shang-Chi. Four days later, I’m on a plane to San Diego for Comic-Con with Angelina Jolie,” Liu added.

“I hope that it makes everybody in my community a little bit more proud of where they came from, and a little bit more grounded in understanding their own identity,” Liu said when asked how he felt about the movie’s impact on the Asian community.

At the end of the webinar, Liu revealed he will host the 2022 Juno Awards, is working on a Barbie movie with Margot Robbie and Ryan Gosling and his book, We Were Dreamers: An Immigrant Superhero Origin Story, will be released in May.

The webinar was organized by Algonquin College Students’ Association events programmer Allison Barnes. It was hosted by Kyle Wappler, an events co-ordinator with Conestoga Students Inc. Twelve colleges participated in this event.