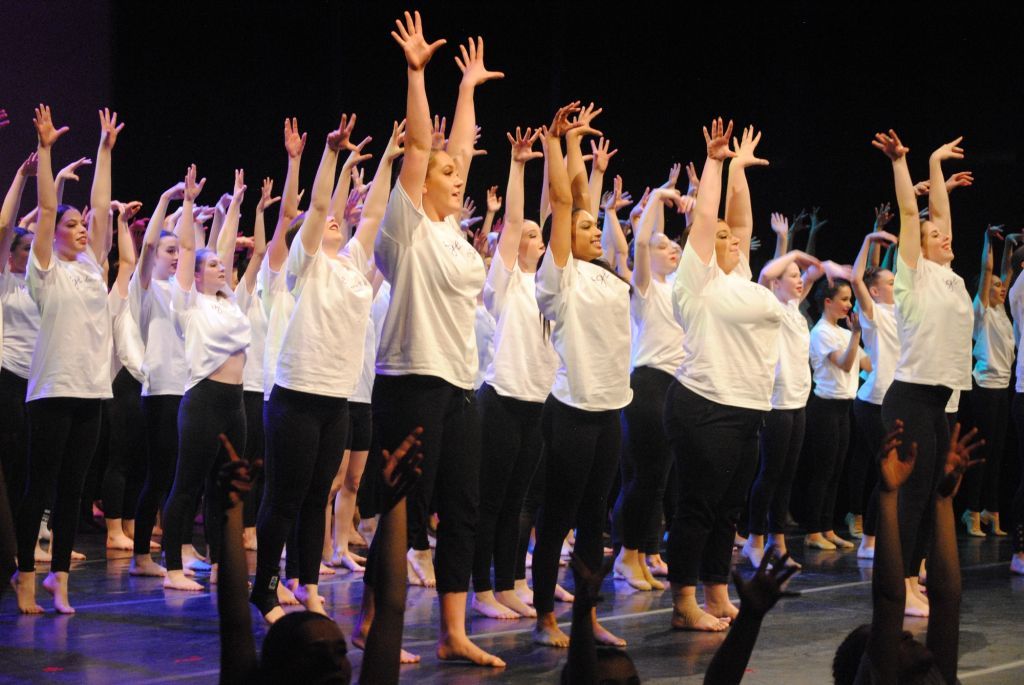 The finale of Dancers Give Back featuring all of the studios that came to perform in one dance.

An organization called Dancers Give Back had its sixth annual performance at the Algonquin Commons Theatre on Feb.1.

Dance studios and schools from all over Canada come to perform in the showcase to help raise awareness for the Dave Smith Youth Treatment Centre. The centre is a non-profit organization that is dedicated to helping 13- to 21-year-old youths across Ontario overcome substance use and other issues.

This is not the first Dancers Give Back event for dancer Jasmine Limtung, 21, who is co-captain for the Carleton Univerisity Raven’s dance team. She talked about how much impact this event truly has on herself as well as the dance community.

“It’s really special to me personally because I’ve grown up in Ottawa, so this is my sixth performance with Dancers Give Back and my dance teacher growing up actually started it,” said Limtung. “So to be able to continue doing this with my team is really special and it’s just really great to get everyone from all over to get to participate.”

The Ravens performed a dance by the name of Ego-System, which had been choreographed by two dancers on the team. One of the choreographers was Julia Sterling, 20, she had her grandparents come up from Burlington, Ont. to see her perform the dance she created.

John Sterling, 79, and Alice Sterling, 78, say dancing has been in the family for years. Julia’s mother and grandmother were former dancers and Julia has been dancing since she was three. The couple was very happy to be back in Ottawa as Julia’s grandfather was a graduate of Carleton University in 1968.

Other performers from all over were excited to be in the show like one girl from the University of Ottawa Gee-Gees dance team Zoe Lukach, 21.

“I think it’s really good to come together and especially because it’s also everybody in Ottawa to come and just forget about competitions,” said Lukach. “I feel like everybody’s coming together as one studio today instead of a whole bunch.”

The performance lasted two hours with a total of 24 dance teams each performing their own dances. Instead of rivalry between teams, there was support and love as all the dancers in the stands cheered-on fellow studios who were performing as if they were on their own teams.

Guest speaker Cindy J. Manor, senior director of philanthropy at Dave Smith Youth Treatment Centre, spoke just before the finale about the impact the organization has had on her recovering son. She spoke about his five-year journey through substance abuse and how the centre saved him.

The finale was a collaboration between all teams in one big last performance, which had them running into the isles and taking-up the whole stage with dancers in unison wearing DGB t-shirts.