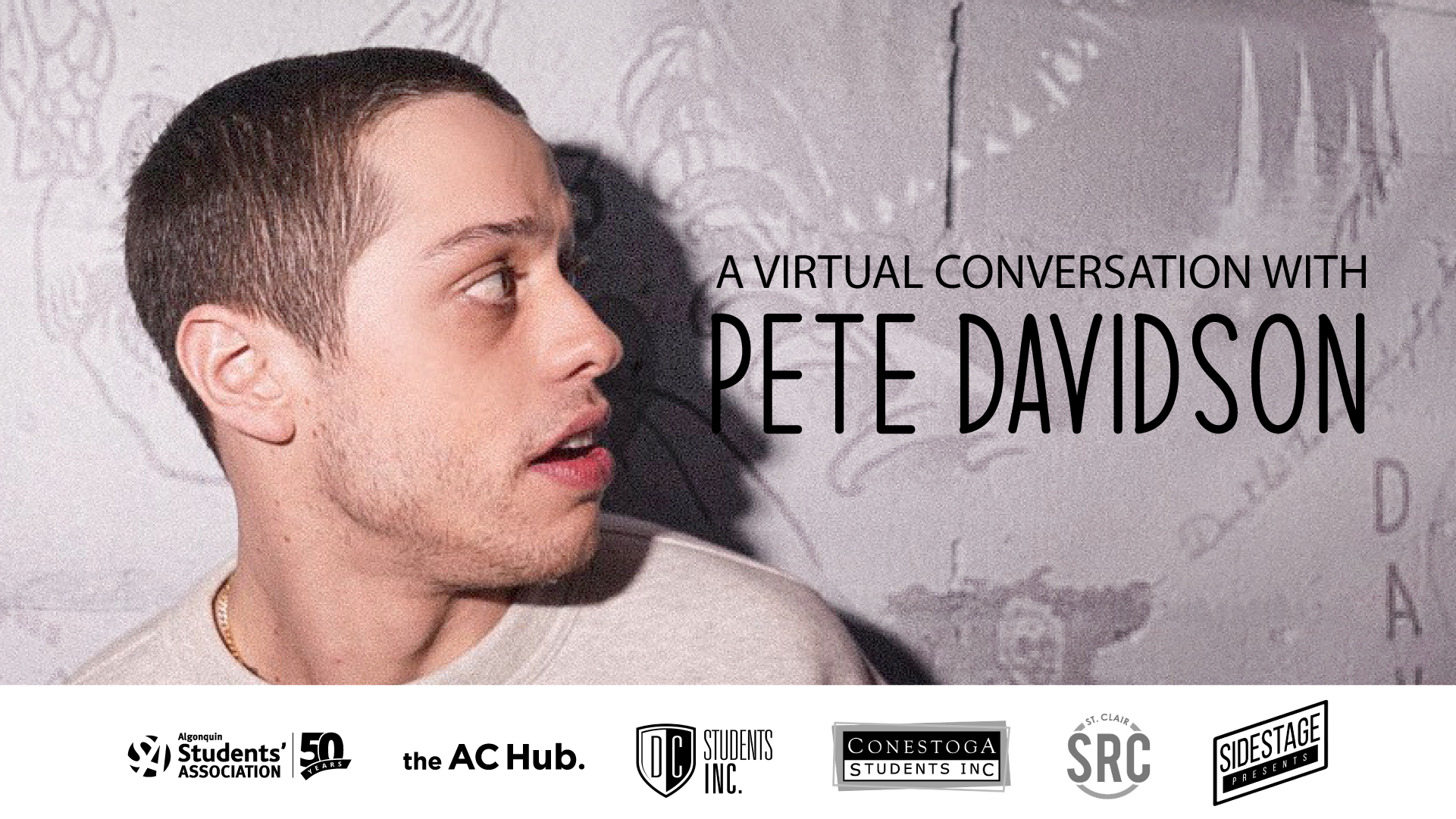 The night began as strange as it could’ve with Davidson engaging with a Zoom crowd of over 100 students from Algonquin, Durham college and St. Clair college, from the back of a car while on his way home.

Comedian and actor, Pete Davidson, was sitting in the back seat of a car travelling through noisy New York streets on his way home on the evening of March 31. His problem? He was having signal issues and felt bad about it.

The Zoom crowd of over 100 students from Algonquin, Durham and St. Clair colleges who’d logged in for a night of inspiration and laughs didn’t mind. Most were pre-occupied with the live chat, expressing how much they loved him.

Sarah Crawford, co-host of the event and sexual violence prevention and harm reduction coordinator at Algonquin, enjoyed her time getting to chat with Davidson.

“I thought Pete was really personable. He was funny, and you got to see a different side of him then what he does in his stand-up and movies,” she said.

The conversation then turned to a focus on mental health, as Davidson has previously been open about his struggles dealing with borderline personality disorder.

Throughout the talk Davidson was very candid and open about going through his mental health struggles. He stressed the importance of people in his position being vocal. He also touched on how much more accepted the topic of mental health is nowadays.

“I just always wanted to be open because I do have issues, and they do arise, and you know when they happen. I want people to be informed,” he said.

Crawford specifically highlighted the importance of giving Davidson, and other men, a space to talk about mental health. Noting how statistically suicide rates for men are higher as they aren’t normally given the space to speak out.

“I think it’s really fantastic for someone as famous as Pete to be able to have conversations with our students, and talk to them about what mental health looks like,” said Crawford.

The event wasn’t just a mental health chat, as Davidson is also an actor, and will be appearing in the highly anticipated Suicide Squad sequel.

The night also gave the opportunity for four students, from the three respective colleges, to ask a question face to face with Pete.

Alicia Bedore, a television broadcasting student, was the only student from Algonquin who got to ask him a question.

“I’m a television broadcasting student, so a livestream with anyone in the industry is exciting, but it was extra exciting that it was him,” she said.

This was an important moment for Bedore as she has been a huge fan of Davidson for the past few years. Her and her family watch him on SNL frequently, and she has seen every project he’s been in.

“Seeing him face to face was crazy,” she said. “I got so nervous the few minutes leading up to it. It felt so surreal. My sister was actually in the room with me recording from the side.”

When it was her time to ask a question, Bedore prefaced it with the fact that she was a TV broadcasting student: “What’s your favourite part about producing and do you like being apart of a project more when you have a creative role in it?” she asked him.

Davidson expressed his joy in being part of conversations about where a movie will go and being able to overlook every aspect of a film.

“The coolest part was his answer was exactly what I also love about producing and that was dope to hear,” said Bedore.

After a full hour with Davidson, the event ended with a message that quickly brought us back to reality.

“We’re almost through a shitty time, just hang in there,” he said.