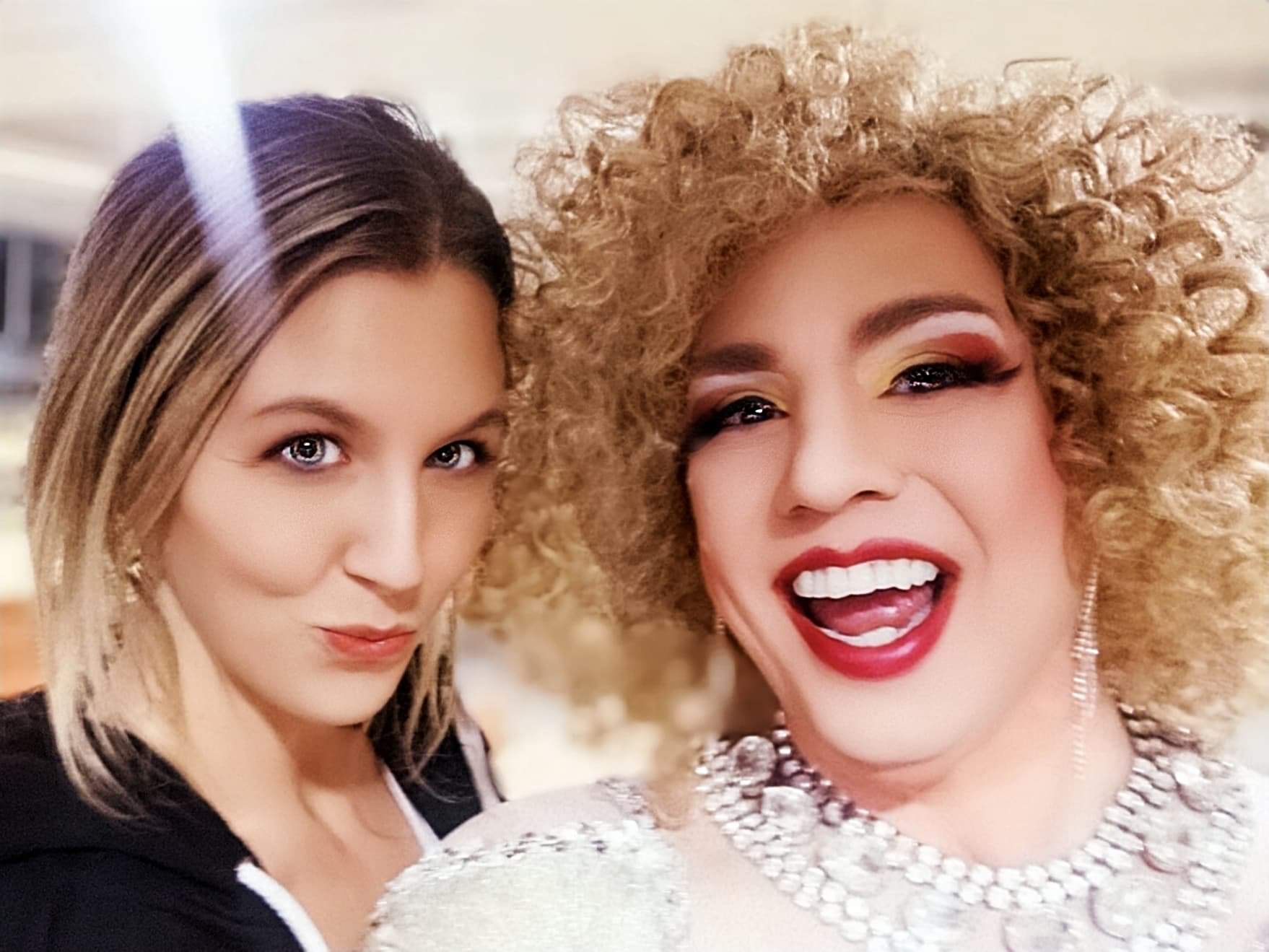 Cooper, a bookkeeping and accounting practices student, is a regular at this event having attended for the past five years. For her, attending this event was one of the best parts of her month.

“Krystal and Zelda are so much fun and welcoming,” said Cooper. “You feel like you can let loose and be yourself when you’re around them.”

The event, as per usual, was hosted by two well-known drag queens, Krystal Caring and Zelda Marshall. The pair have been hosting dirty bingo night at the college’s Observatory for almost 10 years now.

“I think it’s an escape,” said Caring. “For two hours you can just be free to laugh and have a good time.”

The two first met at a fundraiser for cancer research over 15 years ago. Marshall was first contacted by Algonquin’s event coordinator with a pitch on hosting a dirty bingo night and a couple of years later brought in Caring as a co-host.

The virtual event on March 9, was attended by around 40 students who from the comforts of their homes, played 10 rounds of bingo. But there was a twist. Instead of calling out the numbers and letters (for example: B27, or G55,) Marshall instead would say a dirty word beginning with the letters “b, i, n, g and o.”

The words ranged from different body parts to sexual activities and once you won, instead of yelling the traditional “bingo!” students would scream “I had an orgasm!”

It was a phrase Cooper had the pleasure of saying as she won two early rounds, walking away with two gift cards.

“I’m not sure what I plan to buy myself this time with my gift cards, but I know I will get some non-binary items for my child,” said Cooper.

Samuel Thomson, a student in the fitness and health promotion program, also attended the event. Although he didn’t win this time around, he still enjoyed the night and has his “fingers crossed” for next time.

Thomson is another regular at dirty bingo night, having attended the events since September 2019.

“It’s been nice to have a less-than-serious event to go to during COVID-19,” said Thomson. “They held it in person every month, so it was awesome seeing they kept doing it so regularly with the shift to everything being virtual.”

Although getting to host the events virtually was exciting, both Marshall and Caring are eager to head back to the college where they can have a live audience to interact with and entertain.

“One thing I love to do is in games five and 10, where instead of using the ball cage, I move among the audience and get them to draw a card and they have to come up with a dirty, sexy word that starts with the letter that they drew,” said Marshall.

The dynamic drag queen duo are looking forward to hopefully hosting another dirty bingo night in person later this year.