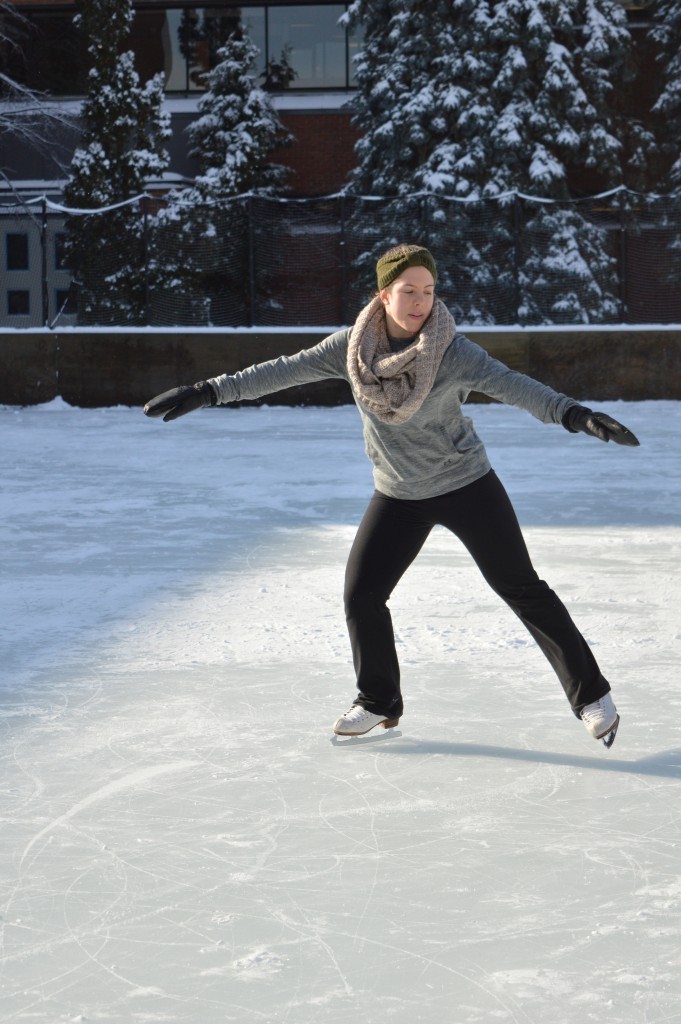 Second-year fitess ad health promotion student Deidra Brisson breaks in the new AC Ice Course rink on Jan. 29, the first day it opened. Brisson, who used to figure skate, tried out some jumps and spins on the fresh ice.

With the weather getting colder, things on the ice are just heating up.

There’s a first time for everything, and this semester you can now hit the ice at Algonquin. Built by students and faculty from the construction and trades programs, taking about 3 weeks to build and cost approximately five thousand dollars to complete, the rink has received support from the faculty, students association and the city of Ottawa and from many others.

The rink has been a busy place since opening, making courtyard C the place to go when you feel like trading books for skates.

“I’m glad they allow hockey to be played on it too, it gives you a good way to blow off steam between class,” said first year student, Sam McGillis.

“There has been interest in having an ODR at Algonquin for many years. This year, the right people came together to make it happen,” said director of student support services, Shelley Styles.

The rink is expected to be back again next year and despite the full cost of the rink still not known, the positive response from the Algonquin community, and the volunteers willing to help makes it worth the cost.