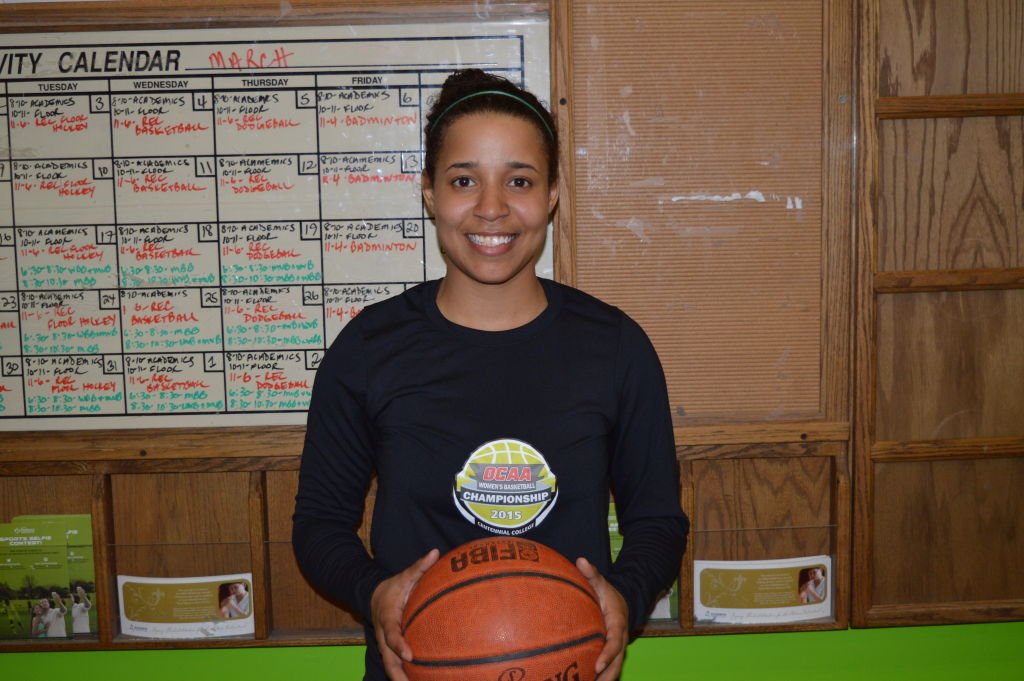 Elliot Lake, Ontario is a humble city located in between Sudbury and Sault Ste. Marie, known for its thousands of lakes and pristine wilderness more than its basketball.

The city is host to a small handful of high schools, including the home of the Atoms, Elliot Lake Secondary School.

This is where the Algonquin Thunder’s accomplished basketball star Felicia Mazerolle’s passion for the game began.

In grade 6, Mazerolle’s energy led her to try out for the Atom’s basketball team where she was often told to stay on defence because of her lack of skill.

“I was actually the worst person on my team,” she said, “I was so bad, my basketball coach would rather play five on four for offence and tell me to stay back on defence”

Rather than bringing her down, this passive criticism had lit a fire that to this day wouldn’t be put out.

The following summer would be the turning point of Mazerolle’s career. The next few months would be spent on the court testing her skills. And with the help of her older brothers she was en route to becoming a threat on the court.

In 2010 she was recruited by Laurier University to play basketball. When the team’s starting point guard went down with a back injury, it was Mazerolle’s opportunity to shine. She received the exposure she needed and with that, won rookie of the year for Ontario and led her team to be fifth in Canada.

However, her lack of interest in her chosen program at Laurier led her into another direction.

“I was just going for basketball, I didn’t really invest in the school component,” she said.

This eventually landed her at Fanshawe College in London, Ontario to continue her dynasty. It was here where she would have her first encounter with the Thunder.

Fanshawe would even go on to play Algonquin in the OCAA finals that year. They ended up losing the game 74-42.

Mazerolle led her team that season with an average of 15.2 points per game.

She arrived at Algonquin the following year to enroll in fitness and health promotion and brought her strong basketball reputation with her.

That season Mazerolle would go on to win the OCAA title with the same team she had lost to in the previous tournament.

The next year would bring an unexpected pressure. Knowing that it was her last season would always prove to be a challenge in itself.

“This season the biggest challenge was accepting that it was over,” she said. “It was something that I thought about before the season ended and I was trying to prepare myself but you’re never really prepared until it actually happens.”

Despite the added pressure, the 2014-2015 season would end up being one of Mazerolle’s strongest yet. With multiple stats in the top ten for the league she has made the most of her little time left.

With Mazerolle leading the squad, the Thunder would make provincials yet again.

But her career would end in heart break. Algonquin fell to Humber in a three-point game where they were missing players to injury and sickness.

“Things just weren’t going in our favour, but I’m so proud of everyone for battling through it,” she said while reminiscing the moments of that final game.

Although the Thunder didn’t walk away from provincials with gold, their season would still be considered a success after winning a bronze medal.

And as for Mazerolle, she’ll be known as one of the best athletes to hit the court at Algonquin.