Thunder women get their swagger back 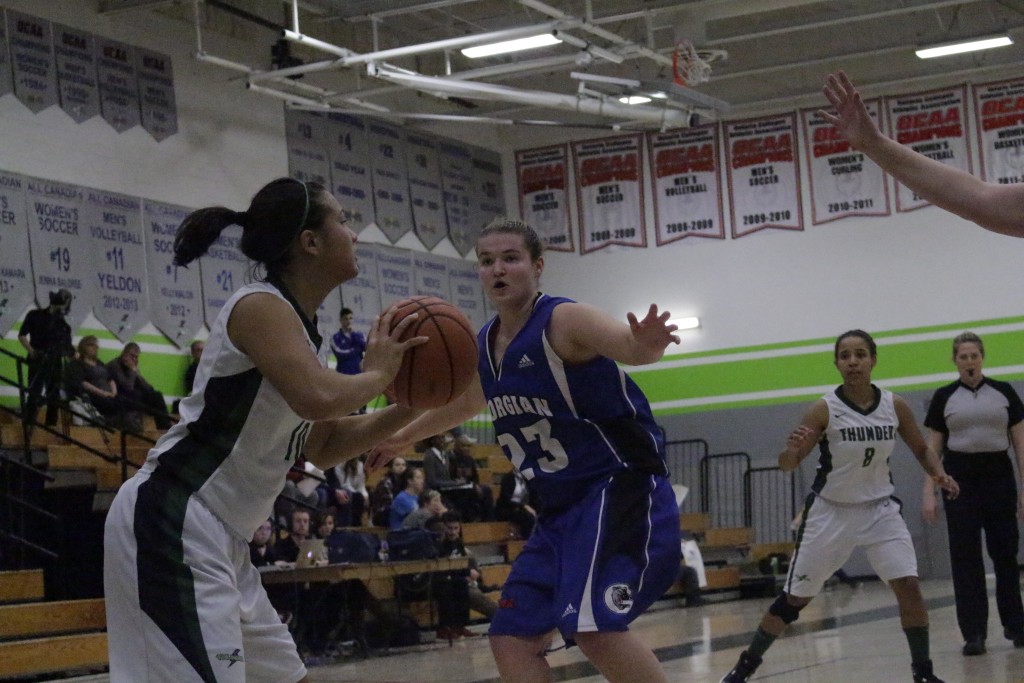 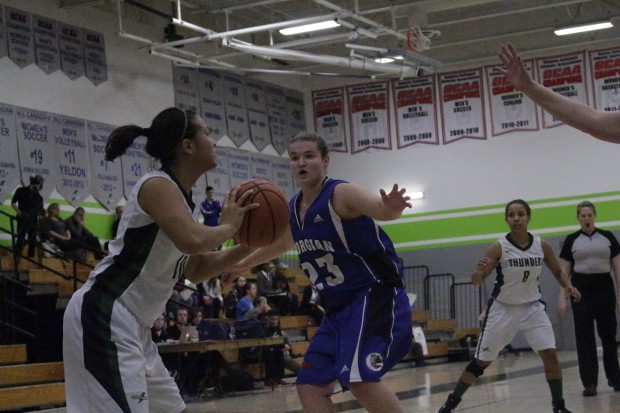 With a third-quarter push, Algonquin got back into the win column with a 75-31 trouncing over the seventh-placed Grizzlies on Jan. 24 on home court.

The win came on the heels of a shocking loss to the St. Lawrence Vikings. It was the women’s first loss in 66 games.

Thunder captain Felicia Mazerolle was on fire, hitting 10 of her 18 field goal attempts to lead all players with 21 points.

Algonquin used the Grizzlies 27 turnovers to help feed their offence, scoring 29 points off them.

“It was a really big statement game for us,” said Mazerolle. “Since we lost last weekend we kind of wanted to come out and show everybody that it was just one loss and we’re ready to bounce back.”

The Thunder cut down on their three point attempts, opting to focus on getting to the rim instead of settling for outside shots. For head coach Laura Bond, that it’s the way her team needs to play. “We’re a really tough team to beat when we get to the rim,” said Bond. “I think when we just get comfortable shooting three’s, then that’s when we don’t get the rebounds and that’s kind of when our style of play turns negative.”

Algonquin was dominant in the first quarter putting up a 16-0 run, and finishing the quarter with a 24-11 lead.

Things didn’t come as easy in the second quarter. The Thunder struggled getting to the net and the Grizzlies were able to hold them to just 5 points in the second frame.

The Thunder were able still able to take a 32-21 lead into half-time.

After a lull in the second quarter, Algonquin came out flying in the third. Led by Mazerolle they found their offence again and went into the fourth, up 49-29.

Any possibility of Georgian making an unlikely fourth quarter comeback was quickly stifled. The Thunder went on a seven minute, 18-0 run to start the quarter. Algonquin outscored the Grizzlies 28-2 in the fourth, sealing the blow-out win.