Thunder struck down by George Brown 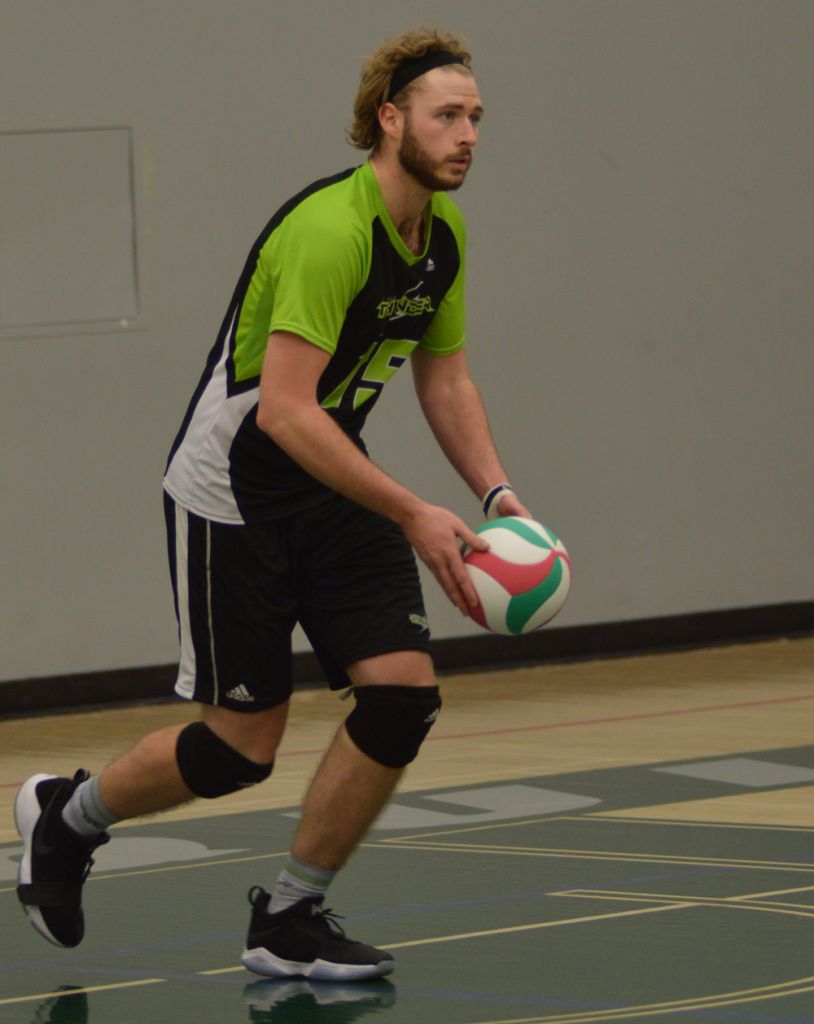 Jarrod McNaughton, who plays left side for the Thunder team, prepares to serve the ball. Algonquin lost to George Brown during the Nov. 3 match. Photo credit: Jonathan Mulvihill

The Algonquin Thunder men’s volleyball team was dealt with defeat on their home turf in a close match against the George Brown Huskies on Nov. 3.

All players from both teams went the distance in a back and forth bout, but the Huskies ultimately rose to win the night with 3-2.

Jarrod McNaughton has been on the Algonquin Thunder men’s volleyball team for three years. During that time, he has shown to take more of a leadership role for his teammates on and off the court.

“I really like helping to lead the whole team, especially the new players,” McNaughton said. “I try to inspire them by playing my best and my hardest, and by assisting them when needed.”

McNaughton, who plays left side for the volleyball team, was a dominating presence for Algonquin during the game. Unfortunately, that was not enough to claim victory against their more disciplined opponents.

“We fought a lot during each set, but we still couldn’t beat the Huskies in the end,” McNaughton said.

The Thunder and the Huskies both fought with vigor, winning two sets each. During the tie-breaking fifth set, George Brown gained the upper hand early on, almost guaranteeing them the win.

“When you get to the fifth set, at that point it’s pretty much going to be a 50-50 chance of either team winning,” said Thunder head coach Mohamed Shaheen. “You need to score points early on. Otherwise you have no chance of catching up.”

“Our team had trouble keeping the rhythm of the game,” he added. “Once you lose that consistency, you lose your lead and you drop.”

Shaheen commended the Huskies, calling them a well-disciplined team, while pointing out how the Thunder had improved since their loss against Georgian College the night before.

“The men seemed more confident tonight compared to last night,” Shaheen said. “They were taking more chances, which allowed them to score more, their defense was solid, and their serving had improved.”

Shaheen believes there is still room for improvement for future games.

“There are a few new players on our team this year, so once they get more experience and practice, then the team as a whole will shape together,” he said.

McNaughton was in a similar mindset to his coach, saying the whole team could refine themselves.

“We just need to increase the mental strength of not just the new players, but all members of the team, so we can have a chance of winning next time,” McNaughton said.

For their next game, the Thunder will travel to Loyalist College where they face off against the Lancers on Nov. 10.