Thunder run off court by Lancers 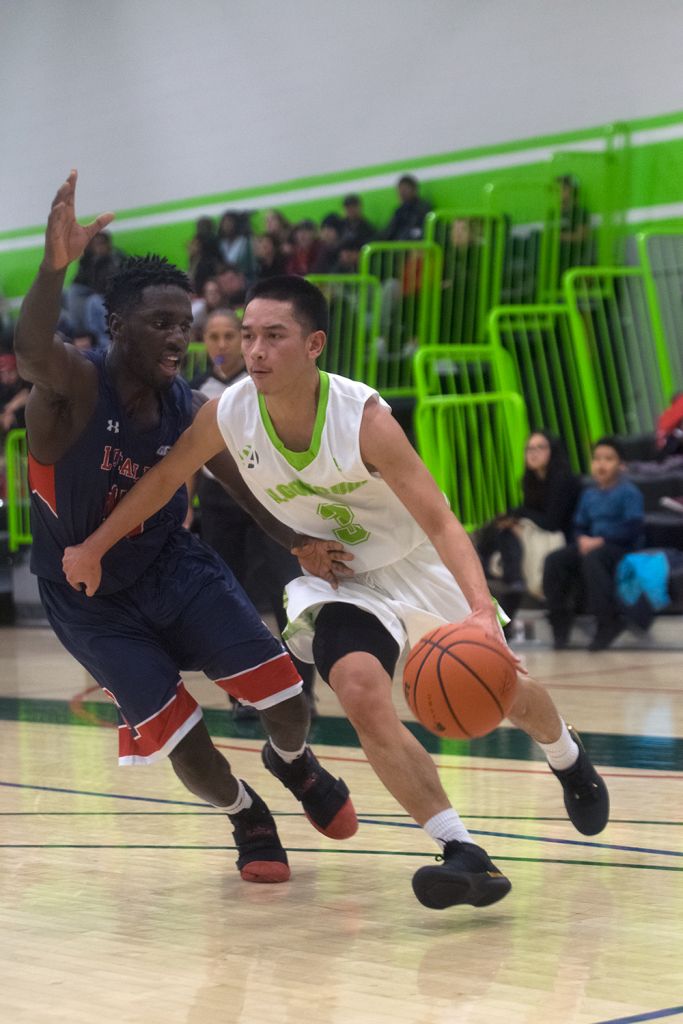 The men’s basketball team’s disastrous start to the season continues, after getting blown out by 30 at home against the lowly-ranked Loyalist Lancers on Nov. 22.

Following the loss, Thunder head coach Trevor Costello was highly critical of his team’s performance, especially in terms of defensive play, in a game that they should have won.

“Terrible performance by us,” said Costello. “It was a great start, but we’re having trouble stopping guys, I haven’t seen this in 25 years at Algonquin… this is very unfamiliar territory for us so and it’s not good. It’s not good right now. We’ve got to get better defensively. That’s not a very good team, they’re a bottom feeder like us and they just whooped us in our own gym… it’s a wake-up call for all of us.”

This was the first of two meetings between both teams and a win would’ve brought Algonquin one away from .500, but instead they’re three games behind.

Loyalist were in a similar position as they were 2-5, coming into this one, sitting one spot behind Algonquin in the East standings.

Now at 3-6 with only one game left before the mid-season break, the Algonquin men’s basketball program finds itself in a very tough spot and a sense of urgency is beginning to show.

The game started off very well for the Thunder, as they came flying out of the gate playing with plenty of grit and energy, especially on defense. They dominated the first quarter, barring the last couple minutes, coming out of it with a 20-13 lead.

However, from that point, it was all Lancers, as Algonquin seemingly couldn’t do anything right on either side of the ball and looked completely out of it.

“What went wrong? I would say fatigue,” said Algonquin second-year guard Kevin Metelus. “We’re just not in it right now. We haven’t been in it in practice. We’re just not running and we’re not executing properly.”

In the final three quarters, Loyalist outscored the Thunder 76-39, including an 18-4 run to begin the third frame, where they scored a game-high 29 points and limited Algonquin to only 10.

“Defensively, we couldn’t stop anybody,” said Costello. “Dribble penetration kills us. We’re terrible at stopping dribblers in penetration. We were well prepared, we’ve seen film, we practised yesterday running all their offenses so that was no issue. We knew what we were going to expect, but they were hitting shots. But anybody can hit shots when they’re not being covered.”

Shooting was the big difference in this one. Loyalist were phenomenal as they shot 48.6 per cent from the field, including 51.3 percent in the second half and they made nine shots from beyond the arc. Algonquin, on the other hand, did the complete opposite as they finished with a laughable 28.8 percent and hit only three three-pointers on 21 attempts.

Additionally, the Lancers bench outscored Algonquin’s by a whopping 39-9. Loyalist also had the upper hand in points off turnovers (16-6), total rebounds (51-44) and second chance points (13-5).

Coach Costello spoke about the impact of being without their top scorer and main big 6’10″ Foward Vule Grujic, who is out for the season with a torn ACL.

“It’s a difference,” said Costello. “It does make a difference on the defensive end and offensive end, we’re not getting lots of rebounds.”

Second-year guards Mike Soy and Kevin Metelus led the Thunder offensively, ending up with 20 and 16 points respectively. Metelus also racked up 10 rebounds, which was good enough for his second double-double of the season.

Algonquin is now tied with St. Lawrence and Loyalist for sixth place in the East with six points apiece.

With a 3-6 record, a any more losses would substantially hurt Algonquin’s chances at qualifying for the post-season.

At this point, every game is a must win.