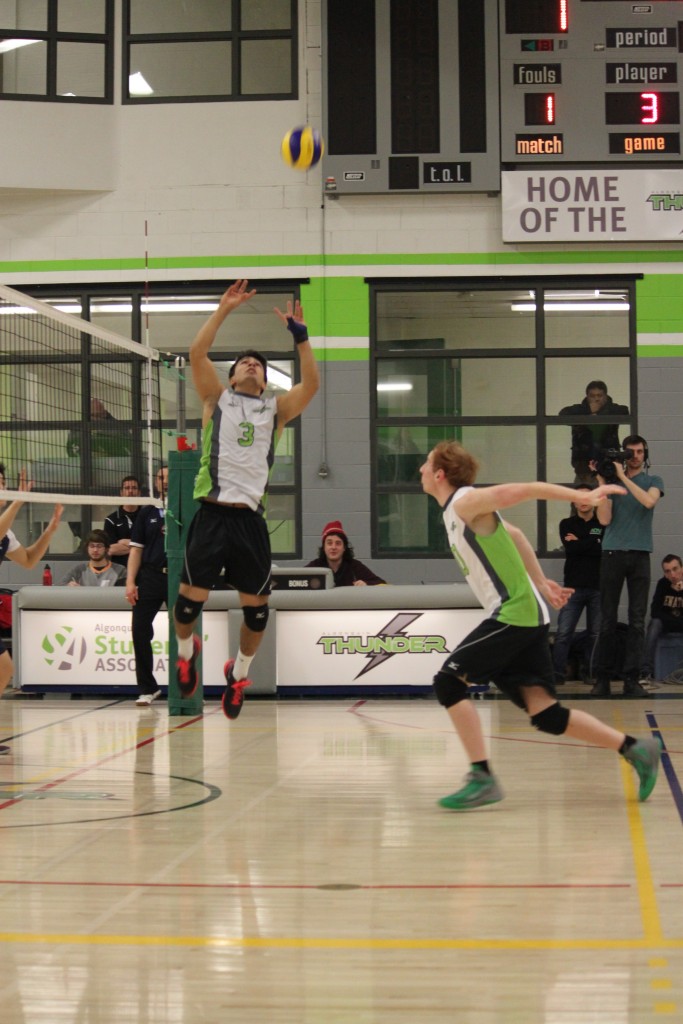 Team captain Mozafar Abdoli sets up teammate Ryan Bloom for a big smash in their last game of the regular season on Feb. 14 at Algonquin. 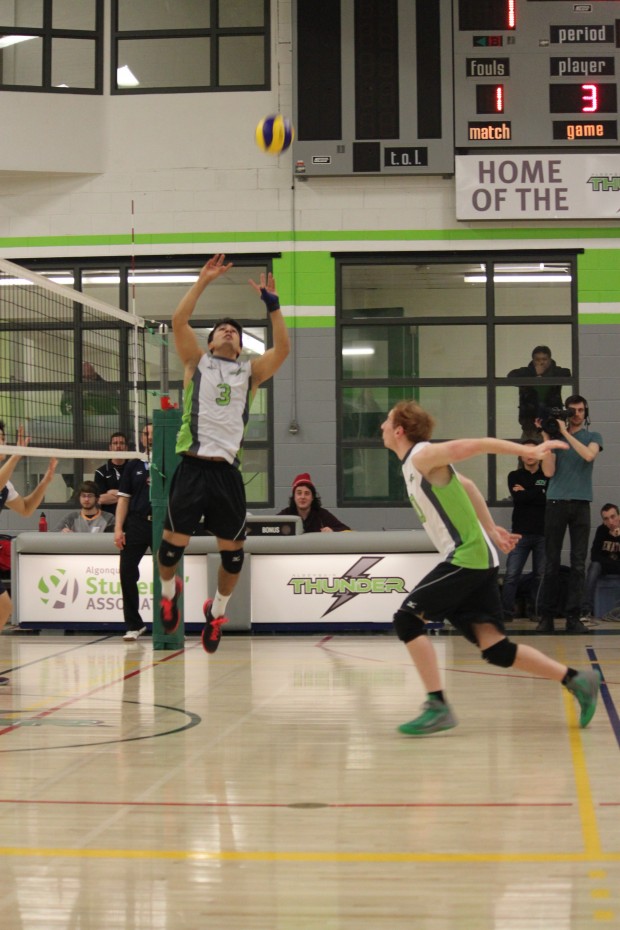 Team captain Mozafar Abdoli sets up teammate Ryan Bloom for a big smash in their last game of the regular season on Feb. 14 at Algonquin.For the first time in six years, the Algonquin Thunder men’s volleyball team did not qualify for the provincial championships.

After a rough end to the regular season, the Thunder lost their crossover game in straight sets to Humber College on Feb. 22, ending with a record of 8-11.

“We had a lot of ups and downs with injuries and a pretty tough second half, but overall it was a good season,” said setter Luke Amos.

Even with the disappointment of their season in the books, there’s reason to believe that things could be turning around as soon as next year.

“If a lot of the guys come back and play, we’ll have a good team,” said Amos. “Next year we will have more knowledge of what it really takes to be successful and (we’ll have) more experience as well.”

Though the Thunder have many young players in their first year at Algonquin, not everyone is sticking around for next season. Rookie Tommy Le is one of those who is not likely to return.

“This season has been nothing but great for me,” said Le, a business administration student. “Although it would have been great to make Provincials and have a shot to play for a medal, I feel quite blessed to have been able to represent Algonquin.”

The Thunder have a long wait until tryouts for next year’s team – seven months to be exact. But it’s an easier wait knowing that the team will be just as close as they were the previous season.

“Personally, I’ve become great friends with all the guys on the team,” said Amos. “I really couldn’t ask for a better group of guys.”