Thunder goes the distance against Loyalist 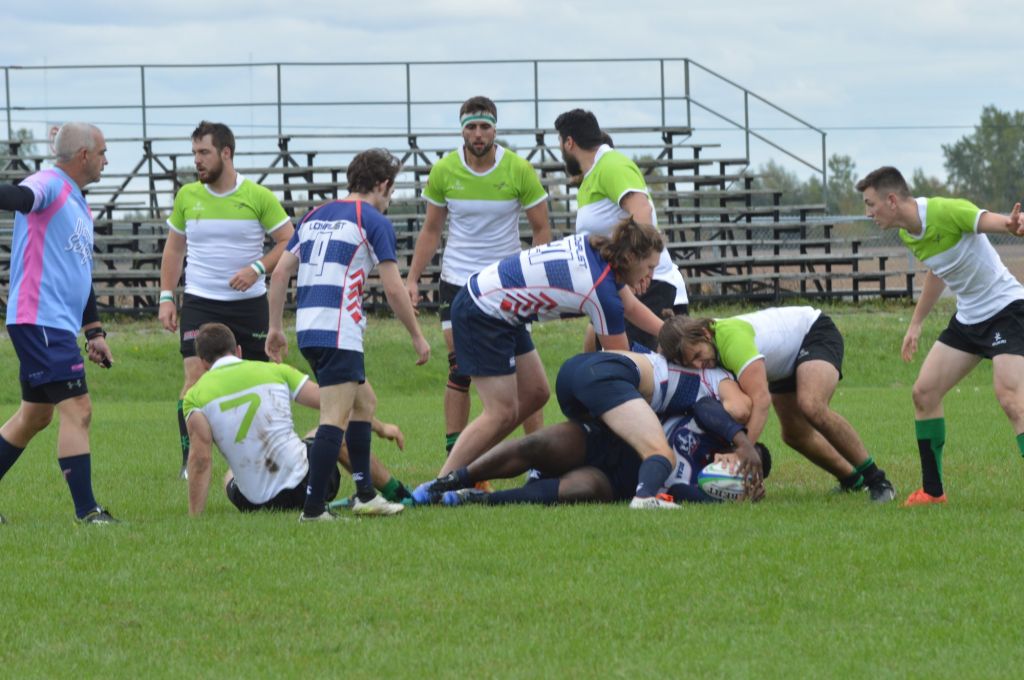 A Loyalist player was tackled to the ground while trying to keep possession of the ball away from the opposing team. Algonquin went on to win the game with 91-7, marking their second victory of the season. Photo credit: Jonathan Mulvihill

The Thunder men’s rugby team dominated their first home game on Sept. 30 with a victory over the Loyalist Lancers.

A mixture of good offence and defence on the field gave Algonquin the edge during the game, with a final score of 91-7. This brought their total season record to 2-0, following a victory over Fleming College two weeks ago.

“We rotated seven players over the course of 15 to 20 minutes,” said assistant coach Anthony Redican. “Because of that, the team sort of loses continuity and needs to change how they play out there.”

Despite this change in tactics, as well as a penalty kick scored by Loyalist, the Thunder was able to overcome their opponents, largely due to the numerous tries scored during the first half.

“It was definitely a team effort,” Redican added. “Even though we scored around the same number of points between the two halves, that first half definitely set the tone for the rest of the game.”

A strong Thunder team was not the only reason for a sound victory. According to Geoff Tomlinson, the Thunder’s head coach, part of the win was due to restructure on Loyalist’s part.

“We knew going in to this game that Loyalist in the process of a rebuilding phase,” Tomlinson said. “Despite that, they sure gave our boys a challenge out in the field.”

Riley Jones, one of the team’s flankers, gave a strong start to the second half, scoring two tries within a span of four minutes.

“It was one of those moments where I had to be fast,” Jones said. “I knew if we needed to keep up the pace during the back half, I had to take any chance I got, with help from my teammates.”

Even with this victory, the team still has a long way to go during the next few weeks moving towards playoffs.

“We need to realize that not all our games will be as easy as this one,” prop Andrew White said. “We have a full week of practicing coming up in preparation for our next game. We just need to make sure we are ready for the battles ahead.”

The team’s next game was Oct.5, where they traveled to Kingston to face off against the St. Lawrence Vikings.