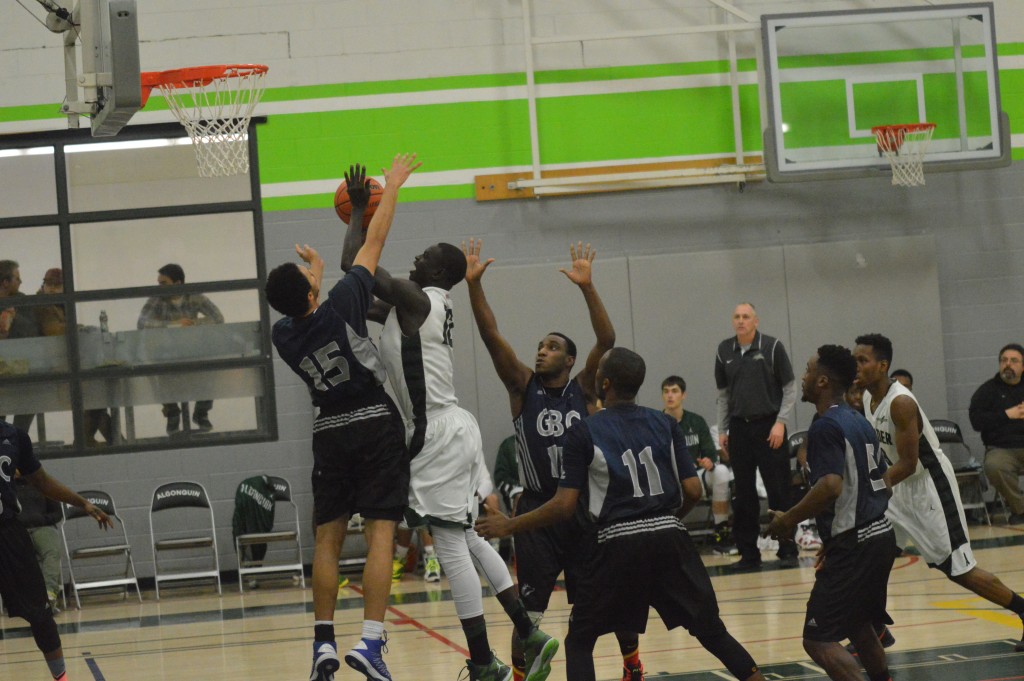 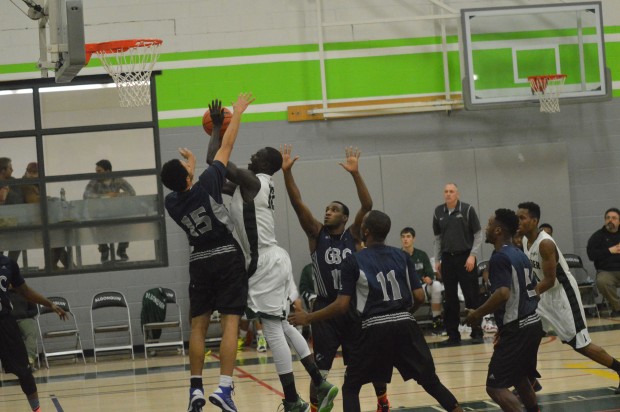 The men’s basketball team is back to a losing record after being beaten by the George Brown Huskies in a 76-73 thriller at home, Jan. 30.

Algonquin played strong-spirited defense in the first half, limiting their opponent to just 26 points and leading on the scoreboard for the majority of the game.

But the Huskies came in hot for the fourth quarter and trumped the Thunder defense.

“We played good for three quarters, that’s about it,” Thunder guard Owen Powers said on his way off the court.

Positives were taken away from the game but frustration from the Algonquin side was evident.

“We had some great possessions out there defensively but a couple just killed us,” said Algonquin head coach Trevor Costello in a postgame interview.

Costello was animated on the sideline during most of the match, proving that the pressure of a playoff spot is indeed in mind. For his part, leading scorer for Algonquin, Esmat Atem, refused comment after the game.

Every win is crucial if the Thunder hope to make the playoffs, and now there is even less room for error with five games left. This loss puts them eighth in the east.

“Everything’s a must win now, we told them last time, our last loss was nail-one in the coffin. This is nail-two.” Costello said. “One more and it’s gonna be tough for us.”

Even with a difficult situation looming over their heads, the Thunder know what they have to do to win.

“We just have to keep our defense up and just play better offense, less turnovers,” said Powers.