Playoff hopes hang by a thread 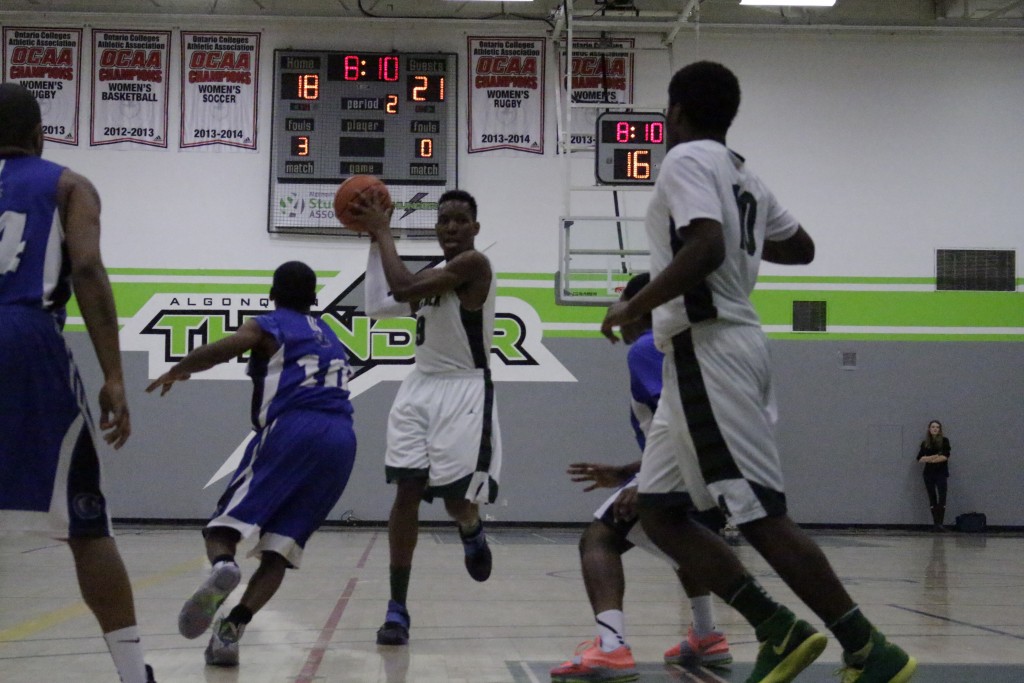 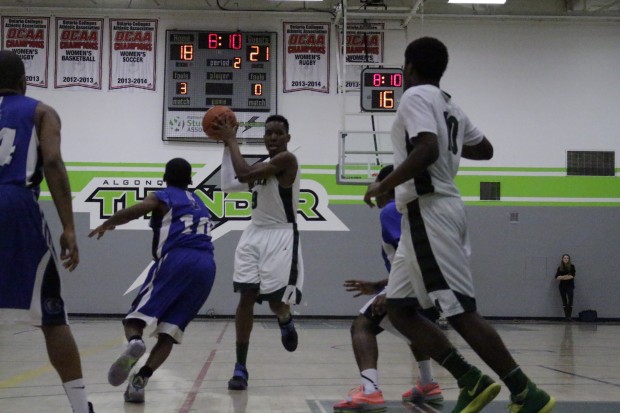 A final minute steal by Owen Powers gave the Thunder the edge they needed to secure a 61-59 win and improve their record to 7-7.

“That was big just for our team, not even for me. Just got our team hype, got us back into that game,” said Powers. “Big points going into the fourth quarter got our momentum back.”

Algonquin, currently sitting on the outside of the playoff picture, need as many wins as they can get.

“Every game for us is do or die,” said Thunder head coach Trevor Costello. “Any loss can basically end our season so guys have to be ready every game, ‘cause every game is a playoff game for us.”

Murphy Beya was the Thunder’s highest scorer with 17 points and nine rebounds.

Algonquin jumped out to a 12-4 lead early but the Grizzlies pulled momentum to their side with an 11-0 run and took a 32-29 lead into half-time.

A late three-pointer in the third quarter gave Georgian a seven point lead. It looked as though the Grizzlies were poised to pull away. But two final minute threes by Powers hauled the Thunder within one going into the fourth.

The Thunder started the fourth quarter well, leading by as much as seven at some points. But the Grizzlies were able to fight back after the Thunder missed two straight free-throw chances, taking the lead in the final minute off a three pointer. Algonquin inbounded the ball and promptly turned it over on a travel with 19.7 seconds to go. All the Grizzlies needed to do was run out the clock, but Powers stole the ball and threw it to Kristian Charette who got the hoop and the harm to seal the win.

“Since the beginning of the game I had to come out with 100 per cent energy,” said Beya. “Never giving up. Just staying focused throughout the game.”

Powers’ fourth-quarter steal gave Algonquin an unexpected lead but his three’s at the end of the third kept them in the game.