In a new league of his own 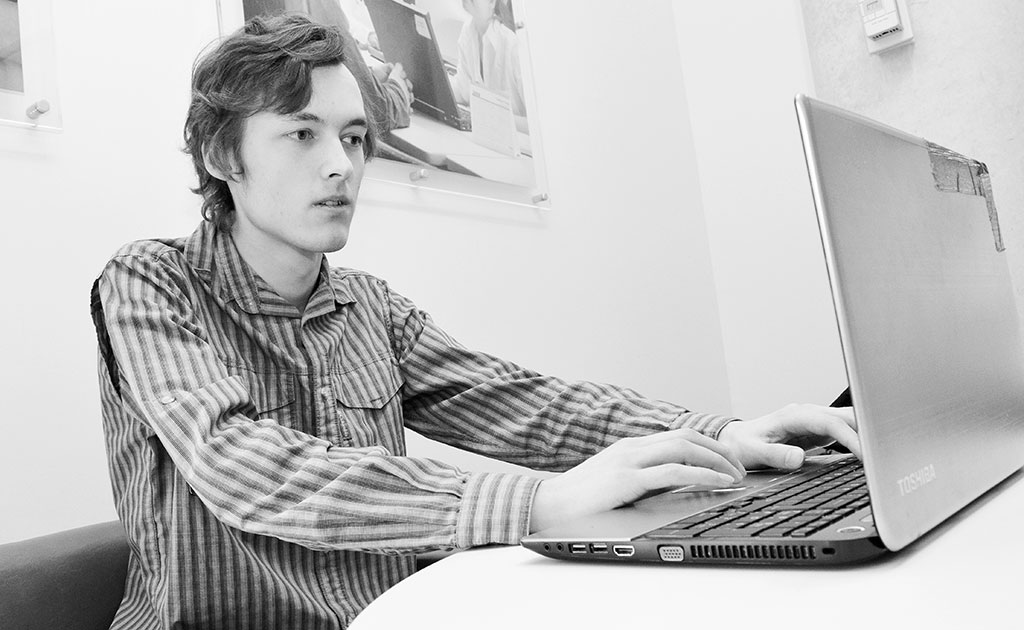 For most people who play video games it’s just a hobby, a way to unwind. For Aleksey Klimkovitch, a 23 year old electrical engineering student at Algonquin, it’s a potential career path after he graduates.

Klimkovitch is ranked in the top one percent of players in North America in the game League of Legends, and currently has a viewership that ranges from 150-500 people, giving him a real chance to monetize his play.

On the internet Klimkovitch goes by Piece_of_Sheet,  a name he made when he was 10 years old.

He streams live while playing League of Legends, the most popular PC game on the planet, where two teams of five square off against each other in deadly combat. Viewers watch him play and interact with him via a chat window.

Klimkovitch is known for his dedication to one specific member of the over 100 characters in the game. He plays Fiddlesticks, an evil unearthly scarecrow whose play-style is defined by disrupting other players and good decision making.

He has a guide that teaches others how to play Fiddlesticks that has over 4.5 million views, and several YouTube clips of his plays within the game have 90,000-100,000 views.

Playing and mastering one character is one of the things that sets Klimkovitch apart from other streamers. That and his viewer interaction is how he hopes to carve a niche in the market.

“A lot of streamers just play dubstep and don’t talk. That works if you’re a professional and people watch for skill. But if you’re not at the top then you’re the same as 90 per cent of the other streamers. So I play metal music, I play Fiddlesticks, and I try to talk to viewers.”

There is a massive market for viewers. The League of Legends grand final last season had 32 million viewers overall, with a peak of eight million viewers at the same time. The game itself has 27 million players daily. If it were a country, it would be the 45th largest in the world. The most popular streamers, usually professional players who play competitively in teams, consistently get around 20,000 viewers.

Monetizing a stream is mainly done by playing ads. The more viewers that tune in, the more money a streamer would get per ad. But right now, Klimkovitch is more focused on growing his viewer base than making money.

“I’m looking more long-term. It would be better to have a more stable income later than to make a quick buck,” he said.

Klimkovitch said that his main goal is getting his name out there and known, in effect branding himself. One of the ways he does this is by playing with other streamers. Earlier in the month he played with an extremely popular streamer named Phantoml0rd.

“He had around 20,000 viewers. I could have plugged my own stream but that would have been annoying, I don’t want to be one of those people. The main thing is, 20,000 people knew me, and maybe later on, a week or a month from now, they’ll recognize my name and I’ll still get the viewers, without asking for them. So it doesn’t make me look annoying and more people will click on it.”

Other avenues to make money via streaming are from donations as well as subscribers, who pay five dollars a month to see the channel ad free. While Klimkovitch has received donations up to $50, he hasn’t reached the consistent viewership to use the subscribe function. But if he did, he would rather not use it anyways.

To say it lightly, the internet isn’t known as the nicest place to be. The League of Legends community is no different. In a game where five strangers have to work together for 40 minutes and then never see each other again, blame often gets thrown around and arguments happen constantly within the game. The term within the community to describe this is “raging” and  Klimkovitch is no stranger to both receiving and giving out the rage, but he has grown past it in recent years.

“I submitted a replay to  a professional player, NK Inc, he looked over my replay and said I should stop raging and look at my mistakes. That was the turning point. If you look at it the average win rate is 50 per cent, so if you rage when you lose, you’re mad 50 per cent of the time. Once you stop, you can actually learn from your mistakes and get better,” he said.

Klimkovitch feels that these kinds of lessons learned from League of Legends and other games have transferred to real-life situations.

“After learning a lot of teamwork and problem solving skills in League, I started noticing more what other people were doing at work and kind of worked around them to try and help them out more and we would finish faster.”

Klimkovitch hopes to get more viewers once he graduates this year.

“If streaming goes really well, I won’t get a job and I’ll go full time. If it doesn’t, I’ll have a degree so I can get a job. It’s a nice safety net.”