Huskies all bark, no bite 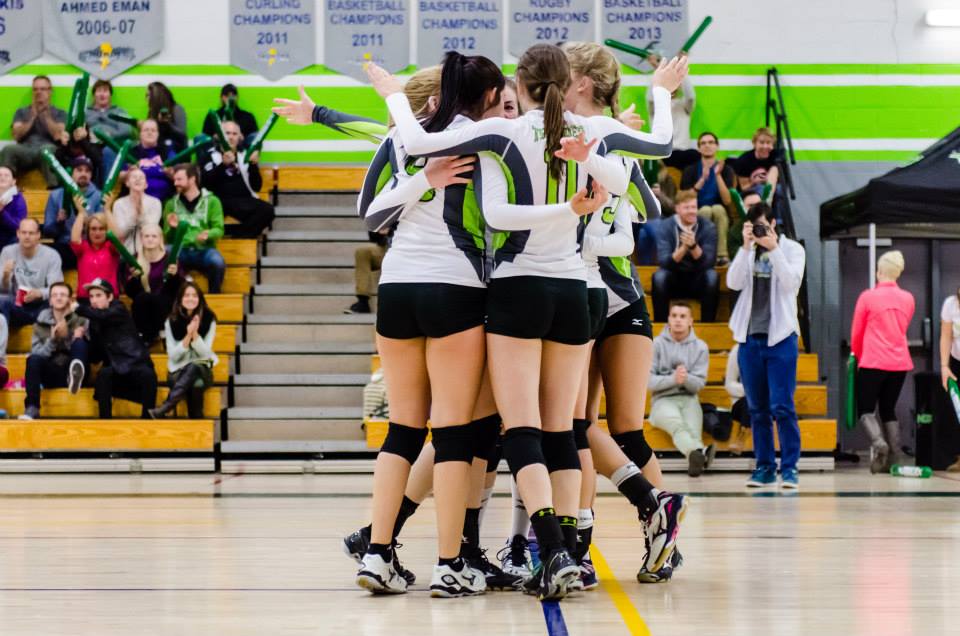 The Huskies tried to come out howling, but by the end of the game they were sounding more like whimpers.

The opening set saw a clean game from the Thunder, who dominated from the opening serve, but the end of the set saw that energy wear off.

“The problem sometimes is when you stamp your dominance on a team, you just kind of feel like the match is over before it’s over and the errors start to creep in,” said head coach Everton Senior. “I think that kind of started to happen today and we couldn’t get out of it.”

George Brown came out on the offensive, hoping to capitalize on the errors, and the entirety of the second set became a game of tug-of-war.

Neither side led by more than four points at any given moment.

“Give them credit for keeping the ball in play,” said libero Lauren Baerg. “They kept the plays going and gave us the opportunity to make more mistakes. We kind of lost and won that game for ourselves.”

Despite the rocky play, Algonquin managed to pull victory from the jaws of the Huskies, winning the set 28-26 and setting the stage for the third set.

“When a team that’s not so put together comes at us with stuff that we’re not really expecting it’s harder to react in that manner,” said team captain and left side Jori Armishaw.

Trailing 24-19 and staring at the near-certainty of a fourth set, Senior called a timeout to let the team regroup mentally.

“We just tried to reboot the brain and get them to … keep it in play and have them earn points, as opposed to us giving them points, which we were doing early on,” said Senior.

The Thunder stormed back with seven unanswered points to win the final set, 26-24, in a comeback that Armishaw pointed out as a high point of the team’s efforts.

Armishaw said that setter Paula Norton helped settle down “the mental aspect of the team,” while Senior and Baerg both praised right side Victoria Waizmann for playing well.

“She wasn’t going up and making huge kills,” said Baerg, “but she was making very smart plays and getting points when we really needed them.

“And she went back on the line and served great for us,” she added.

The team had mixed results earlier in the month, losing to the Durham Lords 3-1 in a closely-fought affair on Nov. 8 before rebounding against the Loyalist Lancers the next day.

They won that match by a score of 3-0, including a nail-biting 27-25 final set to clinch the win for the Thunder.

Despite the win, though, Senior wasn’t happy with the effort.

“We went out and kind of made some uncharacteristic errors again and kind of kept them in the set,” he said. “And we just made things a lot harder than they had to be.”

Algonquin’s next game is on Nov. 22, when they will take on the winless Fleming Knights.

The Thunder beat them in both games they played last season, and hope to continue the trend.