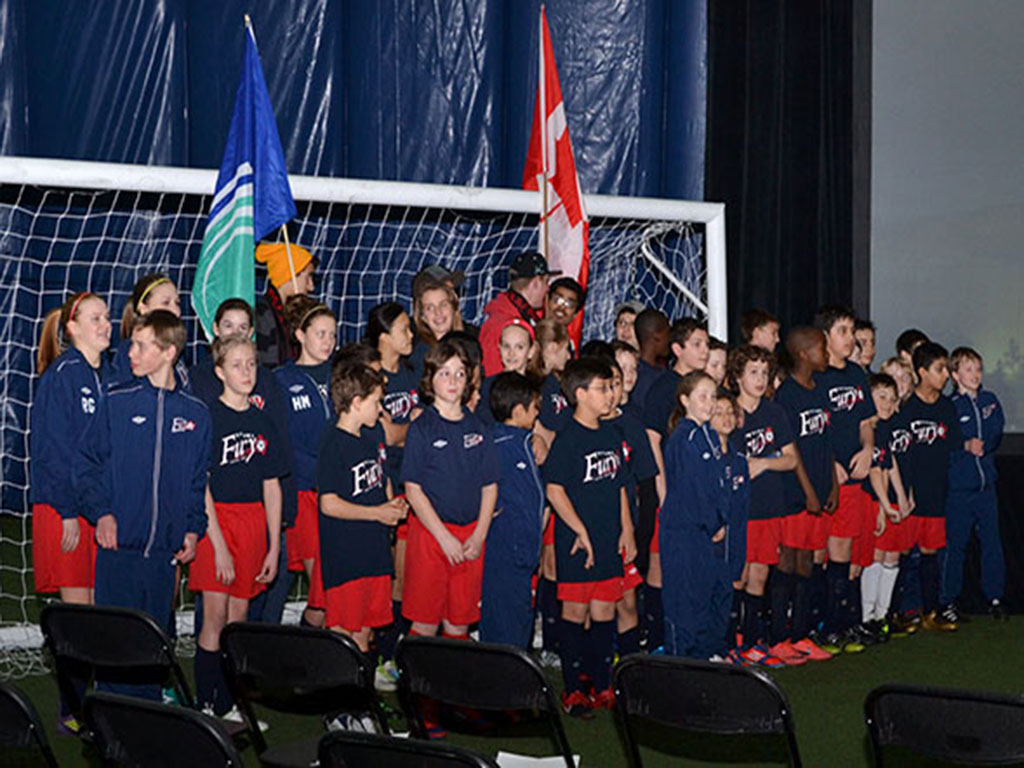 It was a subtle change. One most Ottawa citizens would hardly notice. The Ottawa Sports and Entertainment Group were at Algonquin on Feb. 26 to announce the name for their North American Soccer League franchise.

“This is Ottawa’s team and it’s really important for our fans to feel and be part of it,” Pugh said.

Pugh’s announcement was preceded by comments on the NASL legacy from league president Bill Peterson.

Peterson praised the Fury for building a franchise from the bottom up. He cited their academy programming, which is the main tenant of the Algonquin dome, as a precursor to success.

Ward 1 councillor Bob Monette thanked the Fury on behalf of Mayor Jim Watson and council for bringing the franchise to Ottawa.

“Ottawa is becoming the place for sports in Canada,” Monette said on a day when both the Fury and the National Basketball League’s new franchise announced their team names.

The group had toured Frank Clair Stadium earlier in the day.

“I’d be surprised if we didn’t exceed our target to open in 2014,” Monette said of the progress at Landsdowne Park.

“It really is exciting to see that south stand rise from the ground up,” Pugh said of the progress.

OSEG is in partnership with downstream branding company in Oregon. The group chose the name with participation from the community at large. A process that will be repeated to decide the team colours, logo, and kit.

Pugh had stated previously that the move to NASL would not impact the agreement the club currently has with Algonquin.