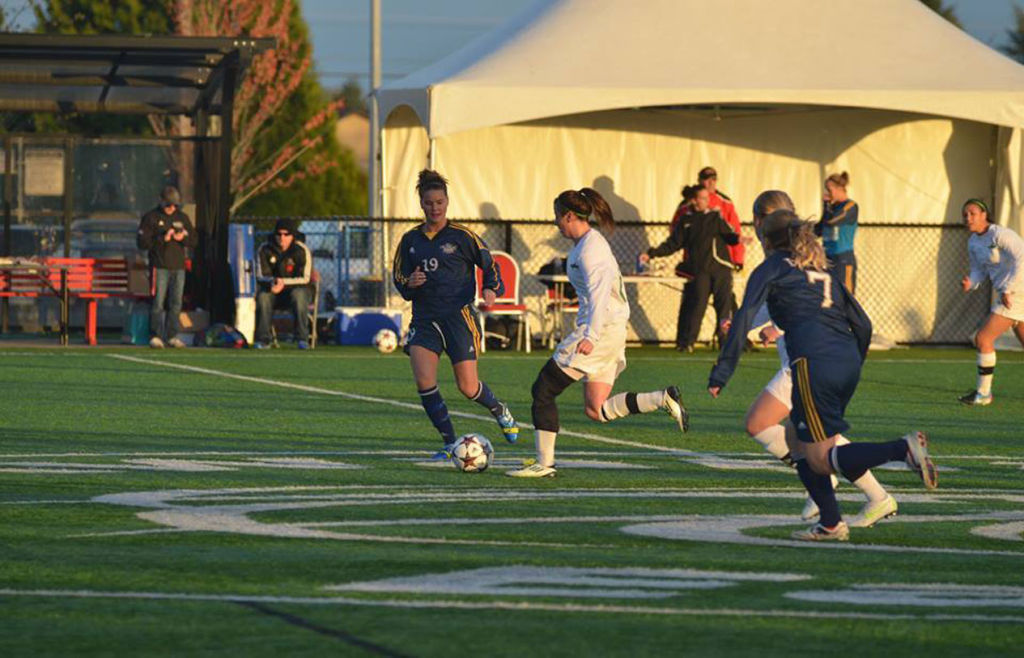 Jaymie Baldree dribbles the ball past opponents late in Algonquin's 2-1 victory over Northern Alberta Institute of Technology. She had the first goal Friday after being

SURREY – Thunder forward Jaymie Baldree bounced back from an injury in yesterday’s game to help her team advance to the bronze medal match at Nationals in Surrey.

Baldree appeared to tweak her leg in a collision with an opponent in the first half of the match against Holland College. She was left out of the rest of the game for precautionary reasons.

“She was going for the ball and I was trying to knock it away,” said Baldree on the injury.

Baldree led the Thunder with 10 goals throughout the regular season. So far throughout Nationals, Baldree has two goals in two games.

“Yesterday was more of a precaution,” said head coach Dom Oliveri. “We were already up 3 or 4 so we took her out since she was going to be taken out at half time anyway.”

“So really it was just an extra five minute break. We knew she would be ready for today.”

Baldree’s focus will now be on having another good performance when Algonquin meets the Thompson Rivers Wolfpack in the bronze medal game tomorrow at 11:30 a.m. pacific time.