You are here: Home / Sports / Thunder strikes down the Knights in close ending nail-biter 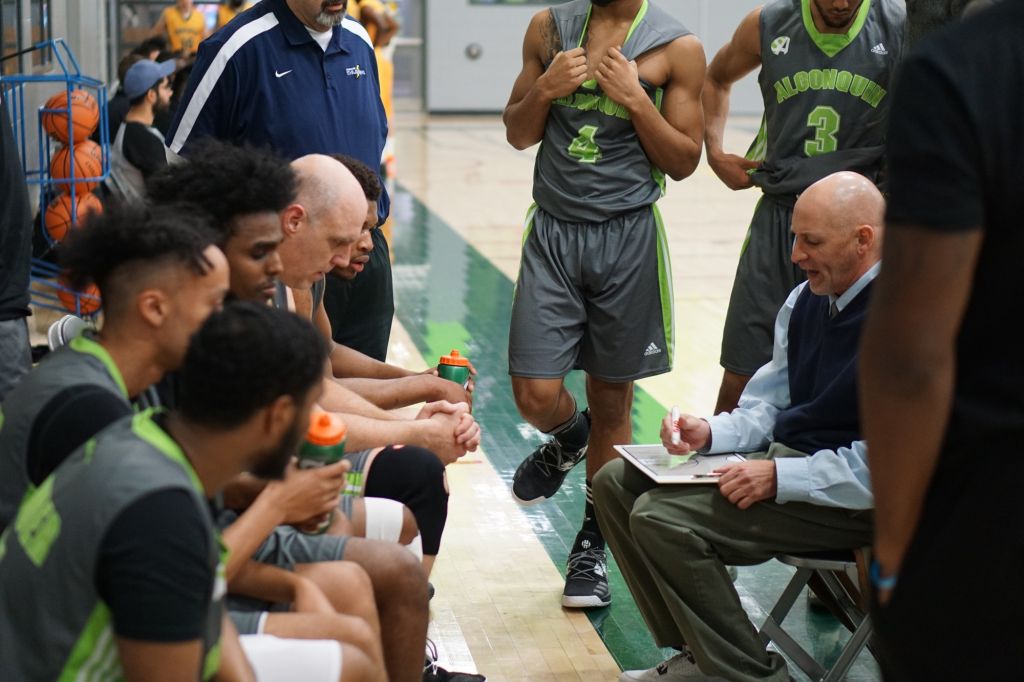 Coach Trevor Costello talks strategy with the team last in the fourth quarter before coming up with the late game win.

Forward David Tshimanga scored 21 points, scoring a key three-pointer with minutes left in the fourth quarter to tie up the game.

Down by five points in the fourth quarter, the Thunder came back with minutes to spare to win a back and forth match-up. Fleming, shooting only 28 per cent from the field, were outscored by nine points in the last quarter, cementing the win.

Algonquin struggled in the third quarter, giving up seven turnovers as well as only scoring 14 points to the Knights’ 27.

The Thunder had a good night from within the arc, shooting 45.2 per cent and getting up for 46 rebounds, but also gave up 18 costly turnovers.

Coach Trevor Costello counted their blessings with the win as he said the team was a little too complacent.

“We should’ve never been in a position like this down to the last shot and It just shows that we’re still young,” said Costello, while also mentioning that the east division has a lot of teams that have close matchups.

Algonquin, coming off back-to-back wins on the weekend, have moved to third in the east division.

The men’s Thunder basketball team are set to face-off against the Canadore Panthers on Nov. 17 at 1 p.m. at Canadore College.

Thunder strikes down the Knights in close ending nail-biter Reviewed by Tyrell James on November 22, 2018 .