You are here: Home / Opinions / Editorial: Overworked and Unpaid 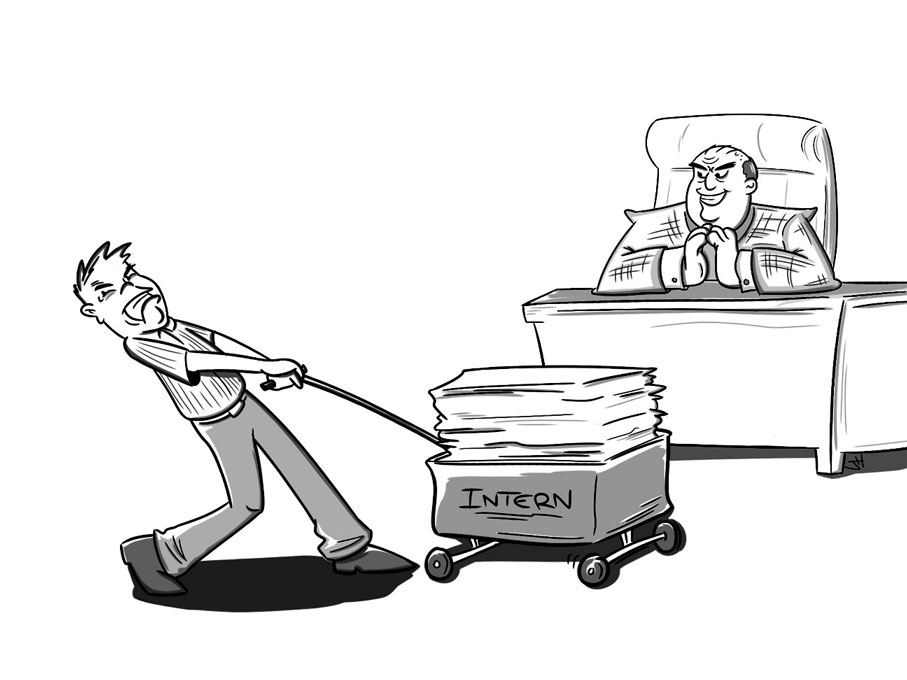 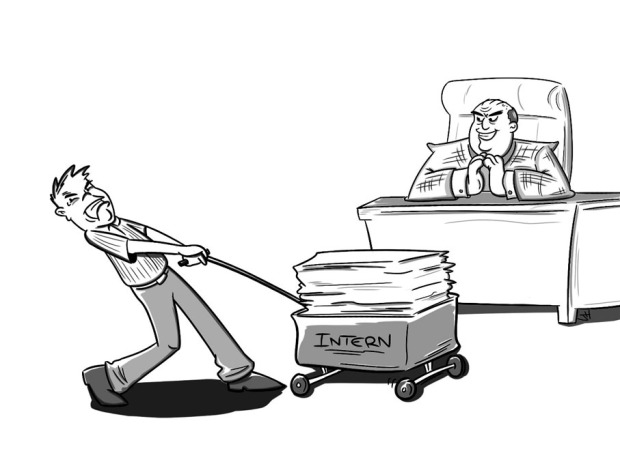 It is illegal for a position to be unpaid, in Ontario, unless it follows a strict set of guidelines as laid down in the Employment Standards Act.

That’s important to note when examining the frustrating comments made by Stephen Poloz, Governor of the Bank of Canada, on Nov. 4.

“If your parents are letting you live in the basement, you might as well go out and do something for free to put the experience on your CV,” Poloz said.

He is, of course, talking about volunteer work and unpaid internships. His comments, while demonstrating an apparent gross disconnect between him and entry-level workers or students, aren’t entirely illogical. If one isn’t doing anything constructive, volunteer work is an effective way to gain experience.

His comments, however, sparked heated debate about the issue. The resulting outrage may have been a tad premature, but it wasn’t surprising, nor was it necessarily misplaced.

Advocating young people to work for free without context just perpetuates the problems associated with exploitive, unpaid internships and offers no solutions.

First off, there is a select group of people who can afford to pursue unpaid internships. For many of us, it simply isn’t economically viable—we can’t afford it. It’s a system that is stacked in favour of the upper class who can afford to live off mom and dad for as long as it takes to get a job, which does a nice job of keeping the privileged, privileged.

Even the ones who can afford it don’t necessarily have it easy. It isn’t uncommon for someone to have had more than one unpaid internship. And these don’t necessarily even lead to jobs. Interns can be used for months of full-time, unpaid labour, and sent on their way with a reference letter, hurrying to vacate their desk before their replacement shows up to start his servitude in the corporate sweatshop, trading in his dreams at the door for a laundry list of menial tasks.

With so many opportunities for young interns to be used and abused, Ontario has set down strict guidelines under the ESA for an unpaid internship.

An unpaid internship is legal if it is part of a program approved by a secondary school, college or university. This covers many of the internships associated with Algonquin College.

It is also legal if it includes professional training in fields like law, medicine and dentistry.

With all the unpaid internships about, it’s no surprise that not all of them are following the rules. In a recent inspection blitz by the Ministry of Labour involving internships, 13 out of 56 (23 per cent) inspections had problems that contradicted the guidelines as set in the ESA, 18 (32 per cent) were adequate, and 25 (45 per cent) didn’t have programs at all.

The issue here isn’t the unpaid internships that work. The ones that follow the ESA guidelines are often extremely important in adding practical, real-world experience to college and university programs.

Poloz’s comments were regarding those who have already graduated and are unemployed, looking for work, therefore excluding the internships associated with school credit.

And so, as soon-to-be graduates, we should be very interested in his comments.

After this year, some of us will be many thousand dollars in debt. The prospect of tens of thousands of dollars of debt looming over us as we rack up months of interest while working for free in hopes that it’ll one day it’ll lead to a job isn’t a welcoming one.

In the aforementioned blitz by the Ministry of Labour, they found that the most common monetary violations were related to minimum wage, vacation pay, and public holiday pay. For non-monetary violations, it was wage statements, record keeping, and hours of work.

That last one is important. One of the main problems with the internship system is the ridiculous number of hours that are sometimes allotted to a person who isn’t making any money.

A quick, surface job search turned up an internship with Landmark Sport, a company from Mississauga. The position runs from the beginning of January to the end of May, requires a 9 a.m. to 5 p.m., Monday to Friday commitment, and is unpaid. And at the bottom of the job description?

“Interns are expected to work a variety of weekends and additional hours outside of the regular office times.”

The Ontario labour laws state that most positions should start receiving overtime after 44 hours. Some internships, like this one, seem to come dangerously close.

On the broader scope, a pool of unpaid workers causes even more problems. It could depress wages, meaning that the availability of work and the surplus of workers causes a situation where people are okay with working for free just for the prospect of future employment.

The benefits to a system like this are few and far between. Not including the approved educational internships, it seems that the only benefit to unpaid internships usually goes to the companies who get some free labour.

This has the potential to backfire, and it has. In August 2014, Jainna Patel sued Bell Media for back wages for work she did as an intern in 2012. She was suing because despite being an intern, there was no educational value to her role at Bell. Bell’s response was to completely scrap their internship program altogether.

To protect themselves, many companies and publications, like Canadian Living, have turned to only offering internships that are associated with a school. This enables them to stay within the confines of the ESA while still providing an internship program.

This helps keep internships about learning. It has the added benefit of forcing companies like Bell Media to hire workers to do the non-educational tasks that interns were previously forced to do.

The situation is still frustrating, and one must be careful in navigating this particular minefield to avoid being taken advantage of.

The best solution is the easiest, though.

Editorial: Overworked and Unpaid Reviewed by Dan Taccone on November 20, 2014 .

It is illegal for a position to be unpaid, in Ontario, unless it follows a strict set of guidelines as laid down in the Employment Standards Act. That’s important to note when examining the frustrating comments made by Stephen Poloz, Governor of the Bank of Canada, on Nov. 4. “If your parents are letting […]

It is illegal for a position to be unpaid, in Ontario, unless it follows a strict set of guidelines as laid down in the Employment Standards Act. That’s important to note when examining the frustrating comments made by Stephen Poloz, Governor of the Bank of Canada, on Nov. 4. “If your parents are letting […]