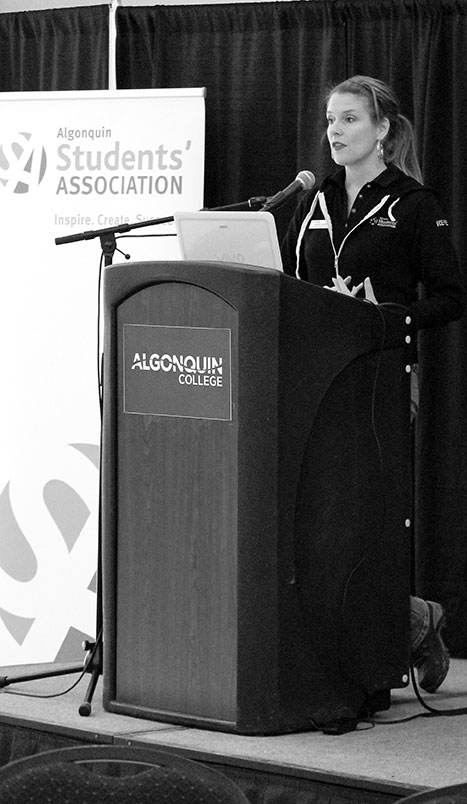 The Students’ Association held a transportation information session on Jan. 30 where students were able to ask questions and voice their opinions regarding the U-Pass issue.

The SA is currently exploring the idea of using two student referendums to decide whether the U-Pass will be implemented at Algonquin. The U-Pass is an OC Transpo pass that is paid for with a raise in the tuition of full-time students.

If referendums take place, the first would most likely happen in Nov. 2014.

Those that oppose U-Pass implementation are concerned that since there is no current option to opt out of the tuition hike it would be unfair to drivers that already pay parking fees. Supporters would enjoy saving approximately $360 per year on bus fare.

Joanne Kilby-Colas, a tourism and travel student, supports the U-Pass but already gets a free bus pass through the CNIB, a national organization that supports individuals suffering from vision loss. She would like the option to opt out of the U-Pass tuition fees.

“I do have classmates in my program that come from Orleans or come from Kanata. I could see it benefiting them. But in my circumstance, it wouldn’t,” said Kilby-Colas to Stanton. “So, I’m hoping you guys can get the opt-out.”

Melisa Lalonde, the class rep for the computer systems technician class, suggested that an online survey be held to clarify how many students take the bus.

“A lot of my course people don’t know whether they would decide on choosing yes or no for the pass, because they don’t know how many, percentage-wise, students would take the bus,” said Lalonde. “A lot of people are saying they wouldn’t vote yes for a U-Pass unless there were 70 per cent or more students that do take the bus.”

These demographics, which were later released publicly, do not necessarily indicate what percentage of students ride the bus        regularly.