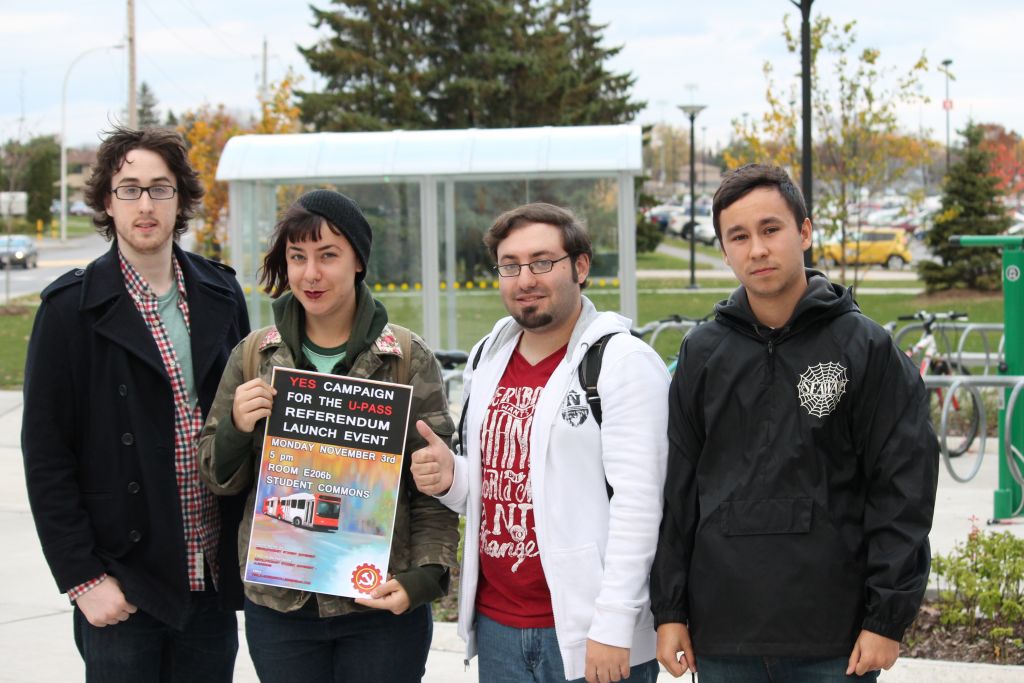 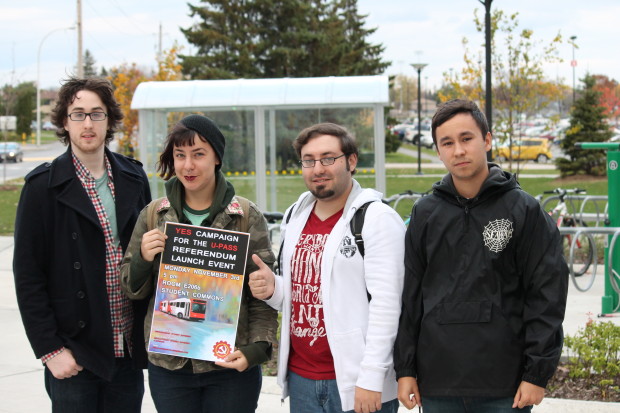 Almost four years after University of Ottawa and Carleton students were presented with the same choice; the Algonquin Students’ Association will hold a referendum on U-Pass implementation.

The vote will take place Nov. 17 through 21 and will be accessible through the Algonquin College Student Information System (ACSIS) online. The SA committed to a referendum earlier this semester but announced its date in an October meeting with student representatives.

The U-Pass is an OC Transpo pass that is paid for with an increase in tuition. Due to the increase in tuition that a U-Pass requires, the SA is obligated to hold a referendum on its implementation. Though it will save students who purchase bus passes money, critics point out that students who drive will have to pay for a service they will be less likely to use.

“I would say no, I wouldn’t want (a U-Pass),” said Steve Lairade a TV broadcasting student. “I have a car now and I drive to school. So, I don’t want my tuition to increase and I don’t want to pay for your bus passes.”

The Algonquin chapter of the Revolutionary Student Movement (RSM) kicked off their Yes for the U-Pass campaign on Nov. 4. They say that the U-Pass is essential because students need be able to get to their classes.

“OC Transpo can cost seven dollars per day,” said Regina-Maria Neppel, RSM chairperson. “More than half an hour of work for someone with a minimum wage job.”

The RSM is critical of the SA’s handling of the U-Pass issue, citing a lack of transparency, a failure to fully inform students about the U-Pass and the decision to make the referendum online among their concerns.

“We hope it succeeds but we have never heard of (a referendum) happening online,” said Dmitri Shklar, a member of the RSM.

The RSM plans to hold meetings and information sessions leading up to the referendum date.

“We invite every student that can attend to learn about the U-Pass and volunteer with us in the campaign,” said Shklar.

Former SA president Sherline Pieris had a tense relationship with the city on the U-Pass issue, once stating in an email to a city councillor that a dialogue on the U-Pass would happen at the college on the condition that the city reinstate a student pricing option on OC Transpo passes. She also wrote that if the referendum was to happen it would not take place until completion of the construction at Baseline Station in 2015.

Current SA president Christina Miller seems more open to the U-Pass, writing in a September letter to the student body that the SA was working hard to get it.