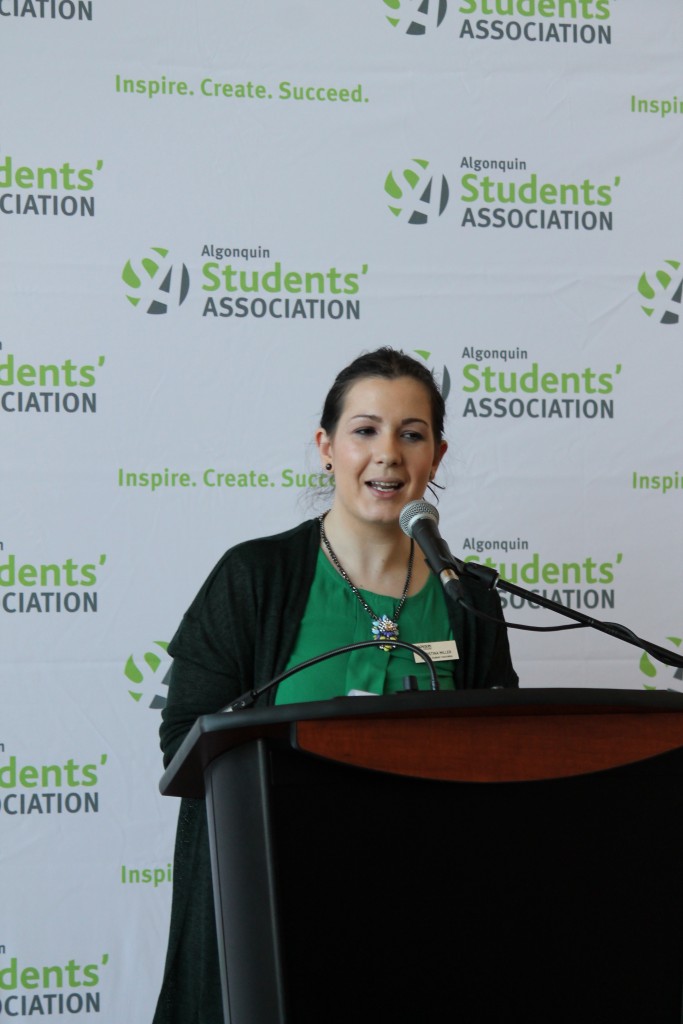 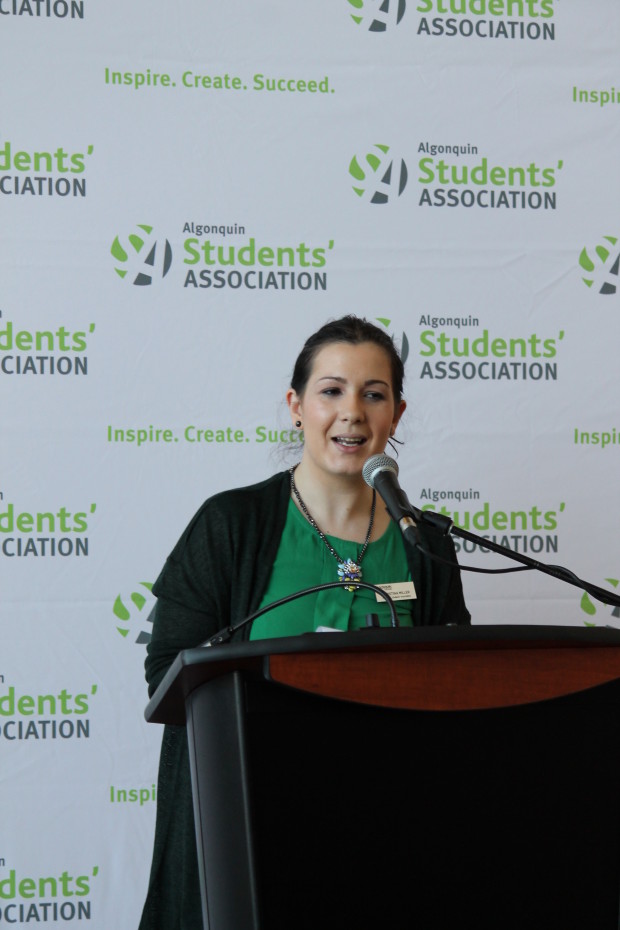 In an online referendum that saw participation from 40 per cent of full time students at Woodroffe campus, Algonquin decided that it’s time to implement the U-Pass.

Of the 6,177 votes cast in the referendum held from Nov. 17 to 21, over 5,000 said yes and just over 1,000 said no. Students’ Association president Christina Miller announced the results on Nov. 21 in the Student Commons building.

“Thank you to all the students who voted and took the time to have their voices heard,” said Miller. “The U-Pass referendum has been voted yes by Algonquin College; congratulations.”

The U-Pass will be introduced next September. All full time students, excluding those that have the ability to opt out of the U-Pass, will see a tuition increase that will not exceed $199 for the fall 2015 semester.

Members of the Revolutionary Student Movement (RSM) attended the announcement. The group held a Yes to the U-Pass campaign leading up to the referendum and were pleased by its results.

In a prepared statement the RSM committed to continuing to promote affordable transportation for students. They want to extend the U-Pass to students studying at Algonquin part time and those in the apprenticeship program.

“Making post-secondary education affordable and accessible to all is one of the main goals for the RSM,” said RSM chairperson Regina-Maria Neppel. “Achieving this is possible and entirely depends on students organizing and working together to make this a reality.”

While 83 per cent of voters chose the U-Pass, those that voted in opposition were disappointed by the outcome, including Natasha Hansford, an advanced care paramedic student that drives to her classes.

“It doesn’t affect me because I’m in a one year program but I think you should have an option,” said Hansford. “I think people should be able to opt-out.”

Miller is confident that Algonquin students opposed to the U-Pass will come to embrace it as they start to see its benefits.

“It can really benefit students if they just take advantage of it,” said Miller. “You can use it anytime, anywhere. I take the bus and you know, sometimes your car breaks down, sometimes you want to go to a movie.”

In preparation for the referendum the SA placed posters around the campus, sent out mass emails and utilized social media to encourage students to vote. Miller said that this contributed to a voter turnout that surpassed previous SA elections and student body votes.

“I think we did a really good job of getting that information out and our marketing team did an amazing job,” said Miller. “I would have never imagined that over 40 per cent of the students would have voted, it’s incredible.”