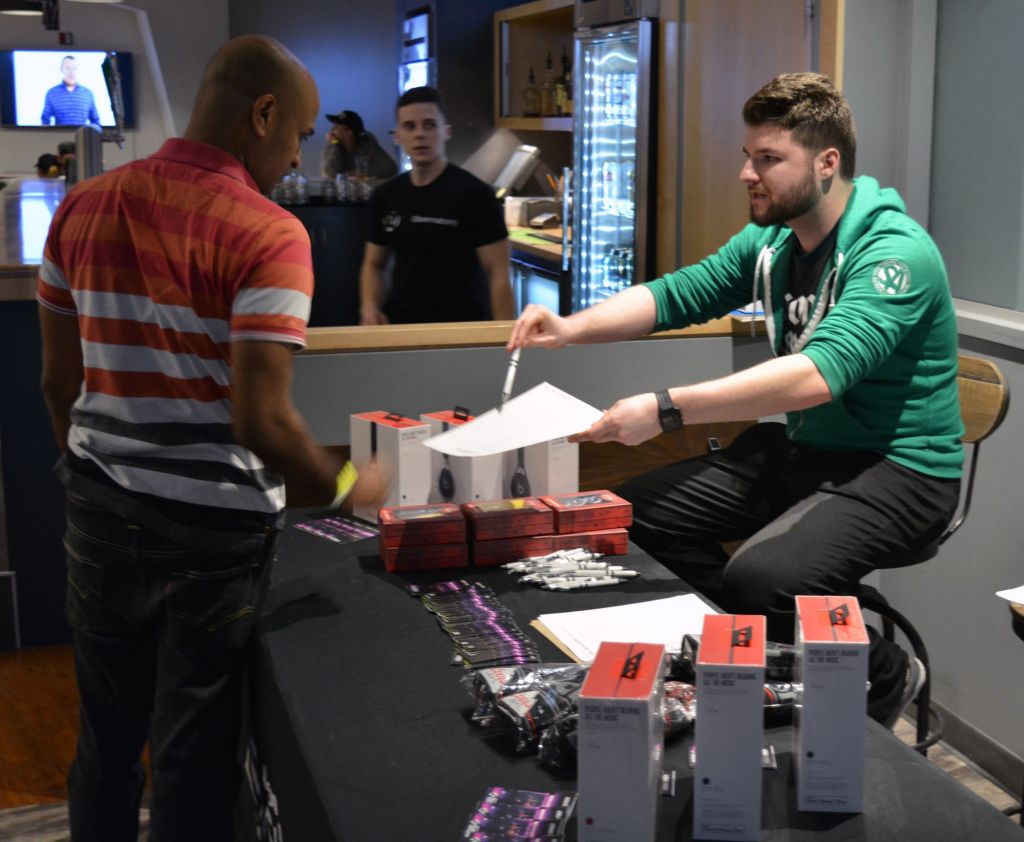 Students ran from the stresses of their homework and studies on Jan. 17 to compete in a crazy night of free trivia at the Observatory.

Players formed, approximately, 15 teams ranging from six people to one person. The night was divided into three separate rounds.

Two rounds of 20 general knowledge questions and one speed round where music would play overhead and players had to guess the artist of the song. Whichever team answered the most questions correctly by the end of the night wins.

A wide variety of different question categories were asked throughout the event including sports, music, history, popular culture and much more.

Some of the questions would baffle players including – outside of Ottawa and Toronto, what is the most populous city in Ontario? And in feet, what is the average height of a Christmas tree?

Other questions players knew right away including – which of the Kardashian sisters is the oldest? And what was the top grossing movie in 2016?

One Algonquin student Ryan Hodges, said he enjoyed the night’s activities. “It’s fun,” he commented. “I like the atmosphere.”

However, Hodges wasn’t impressed with everything that night.

“The questions are maybe a little too easy,” said Hodges, who admitted to being a bit of a veteran of trivia. “I’ve been to other trivia nights around the area with more challenging questions.”

The event was hosted by Adam Robillard and Chelsea Rutherford, who would enthusiastically announce each question and the teams would write each answer down on an answer sheet provided.

The mission behind Pub Trivia Night is to give students a break from their aggravating school life with a fun activity with friends mixed with food and beer.

Pub Trivia Night is held every month at the Observatory. The next one is scheduled to be held on Feb. 8. Be there or be square.