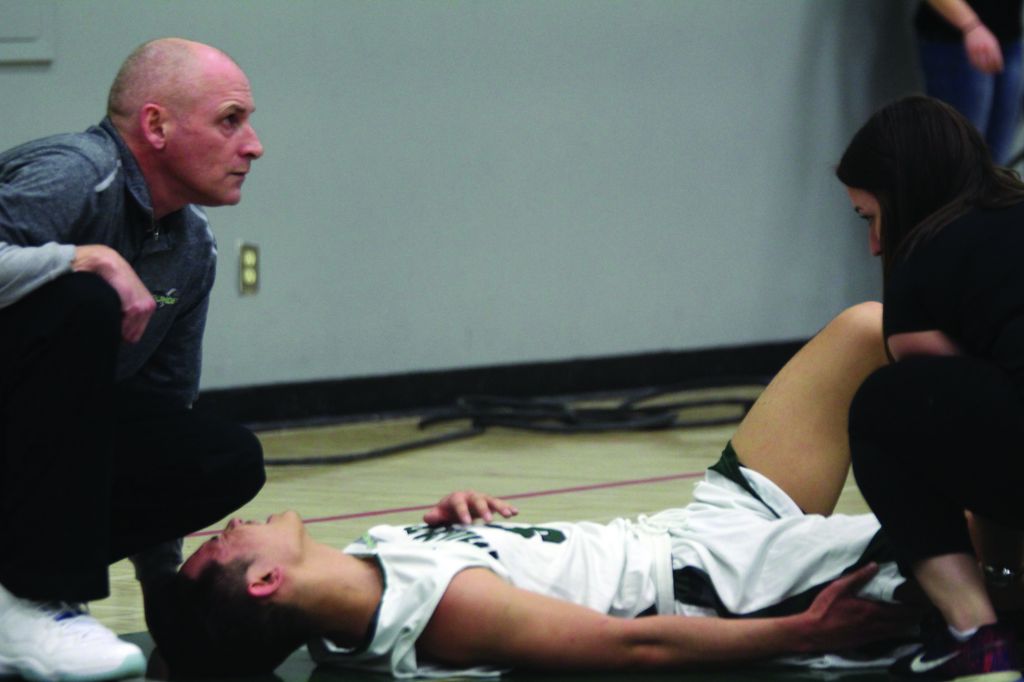 The men’s varsity basketball team has been knocked out of OCAA playoff contention after losing 87-75 to the Redeemer Royals in heart-breaking fashion at Algonquin on Feb. 25.

This one had all of the hallmarks of a typical playoff matchup; both teams played at high levels of energy and emotion at both ends.

After falling behind by six at the end of the first quarter, the Thunder managed to fight their way back, eventually climbing to a four-point lead with seemingly all the momentum going their way heading into the fourth quarter.

“Our mentality was, let’s just keep playing the way we’re playing,” said Algonquin guard Mike Soy. “We knew that we only had a four point lead and that things can change very quickly, especially in the fourth quarter.”

That’s when it all happened — Algonquin’s worst fourth quarter collapse of the season, in which they put up just 14 points and gave up a season-high 30 in the final frame.

It couldn’t have possibly happened at a worst time for the Thunder.

“It’s not what we expected,” said Algonquin head coach Trevor Costello. “But it’s been a trend for us all season. In the fourth quarter we stop playing our game and we fall apart. It’s been our Achilles heel.”

Despite the 13-point difference on the scoreboard, it was a highly competitive game in all aspects; up to the last minute.

The difference laid largely in the Thunder’s offensive efficiency and their players’ ability to make clutch shots or lack thereof.

“We had our chances and we missed some key shots,” said Costello. “And they made theirs. You gotta give them credit for that. But again, we miss a couple shots in a row, then they hit two threes in transition late. Things like that make a big difference.”

“Our focus on defence was that we really wanted to take away the three because we knew Algonquin had guys that could light it up from long range,” said Redeemer head coach Jamie Girolametto.

Despite the heartbreak for Algonquin, it was a historic victory for the Redeemer men’s basketball program.

“This is the first time in our school history that we make it to the OCAA tournament,” said Girolametto. “This is a huge day for our program.”

For the Algonquin men’s basketball program, missing the provincial playoffs is an extremely rare occurrence. In fact, the feeling is virtually unknown to its veteran coaching staff.

“It sucks,” said Costello. “We put so many of hours into this. We’ve been working so hard organizing practices, watching film, getting ready for the games. I can’t even tell you how many hundreds of hours I’ve put into this. This is just the second time in our 25 years that we miss provincials.”

Although it’s not the result the team expected, coach Costello still finds it understandable considering the way the season went along.

“This was one of the worst seasons we’ve ever had in terms of dedication,” said Costello. “There was not a single week where the entire team showed up for practice. That’s never happened before.

“I get it. Some guys say they can’t make it, some have their excuse and I gotta trust my guys. But if you’re not committed and you don’t come to practice this is what happens.”

The Algonquin coaching staff is set to remain the same for next season, but its roster is likely going to go through many changes and hopefully the men’s basketball program can find its way back to the glory days of the early 2000s.