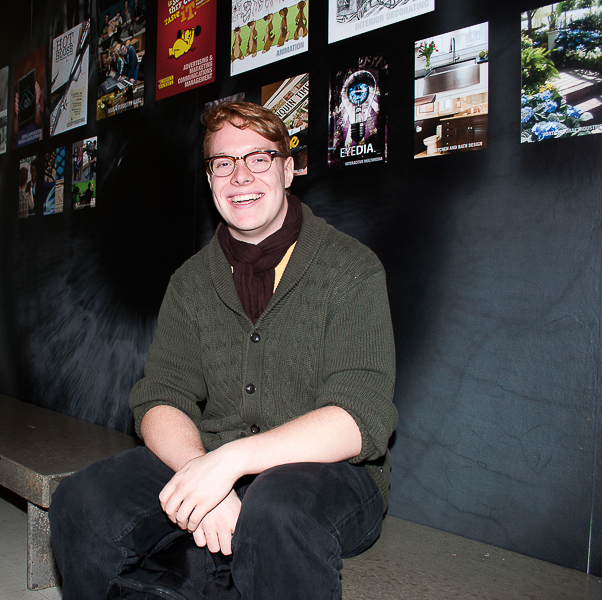 Are you passionate about the environment? Algonquin’s brand new sustainability club is looking for members.

The club was spearheaded by environmental studies professor Jay Smith, who, along with Algonquin sustainability coordinator Sarah Dehler, held an initial meeting for interested students on Nov. 25. Eleven earth-conscious students turned up. Plans were made to put the sustainability club together and register it with Students’ Association club coordinator Faris Lehn.

The college has recently been undertaking significant measures to lessen its carbon footprint and increase its overall environmental sustainability, achieved through partnerships with service providers with the aim of reducing energy and water consumption on campus.

The formation of the club is a sign from the student body that some wish to take part and make Algonquin more environmentally-friendly.

“How would you like campus to change?” Smith asked the group as a way of encouraging them to think of ideas and initiatives for the club to undertake.

A teacher in the general arts and sciences department at Algonquin for three years, Smith has a passion for the environment driven by his eight year-old son.

“I want to be a good example for my child,” he said.

Smith sees issues facing the environment as this generation’s equivalent to the fights for civil rights and equal rights for women in past decades.

Smith said one thing all students can do to improve their environmental sustainability is not to forget they are consumers.

“Be aware of what you purchase as a consumer,” he said. “Be aware of the products, the companies and their values.”

He also urges students to get involved at the political level and to lead by example to effect positive changes to environmental issues and policies.

Hopeful for the future, Smith is stepping back to let the students take over the sustainability club.

“I’d really like them to take a stand on divestment—the fossil fuel-free campaign,” he said.

Raising awareness of issues facing the environment was the common theme among the group of students at the inaugural meeting, who represented varied programs and expressed diverse personal passions and individual concerns regarding sustainability.

One of those students was environmental studies student Cole Emberley. Conscious about the environment from a young age, Emberley started an environmental club at his high school in Whitby, Ontario and also got involved in evasive species mitigation work at his favourite kayaking spot.

“There is a need for change,” Emberley said. “A campus of 20,000 is a good starting point. You can learn how to impact the world.”

The group met again on Dec. 2 to prepare and submit the club’s application to the SA. Steps are being taken to plan activities and initiatives and to recruit more members.

Both Smith and Dehler stressed that the key to a successful organization, and sustainability projects, is to set them up to be permanent fixtures on campus.

A common problem with campus clubs is high member turnover. Students are in school for one, two or three-year programs and aren’t around long enough to invest long-term time in extracurricular activities.

Dehler told the group that her mandate as sustainability coordinator at Algonquin will end after five years. Her hope is that the initiatives and projects she implements during her tenure will become self-sustainable and permeate into permanent policy, as well as the collective college mindset.

Emberley encouraged anyone interested in joining the club to get involved by saying the people in the group are friendly, open and equal.

Taking care of the environment is a “serious issue, but you can have fun while doing it,” he said.

Emberley wants to see the club get involved in tree planting and to work with other groups on campus toward common goals.

While he sees many of the college’s sustainability efforts, such as the recycling program, water bottle filling stations and the green wall in the ACCE building, as a good start, he thinks more can be done.

“It would nice to see uneaten food getting composted,” he said, along with greater measures to reduce the number of lights switched on at night.

Students interested in joining the sustainability club can contact Lehn at lehnf@algonquincollege.com or drop by the SA office in room E114 of the Student Commons.