Students rewarded for their hard work 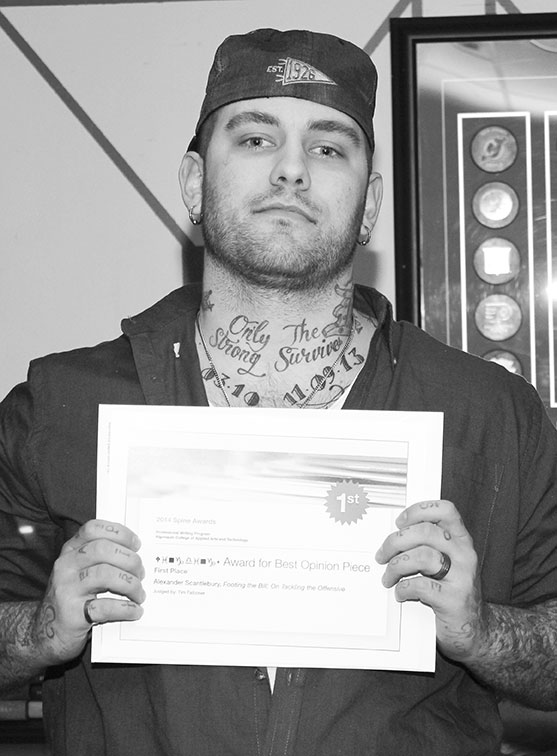 Dimly lit hardly began to describe the downstairs of the James St. Pub as the 2014 SPINE Awards went out to the soon-to-be graduates of the Professional Writing program at Algonquin.

Second year students from the program gathered over wine, beer, food and conversation in the downstairs of the pub on Feb 25. The awards were broken down into seven categories, and judged by various authors and writers.

“It gets very busy, and it’s good to be able to take a break,” said Moira Farr, coordinator and professor of the professional writing program, who coordinated the event.

The judging and awards were not limited to non-fiction; Rhonda Douglas, an Ottawa based poet and fiction author was present to judge the fiction category, and brought with her an enormous quantity of free books, both fiction and non-fiction, which she gave out after the awards.

“Maybe we should just throw ‘em out,” shouted Ian Roy, one of the professors that teach the program.

There was a moment of confusion shortly after the event began, when the door prizes were being given out. The prize was awarded to one Justin C.

However, shortly after one student stood and began whooping, it was realized there were two Justin C.’s in the class. Justin Campbell, the one who first stood, ended up being the winner.