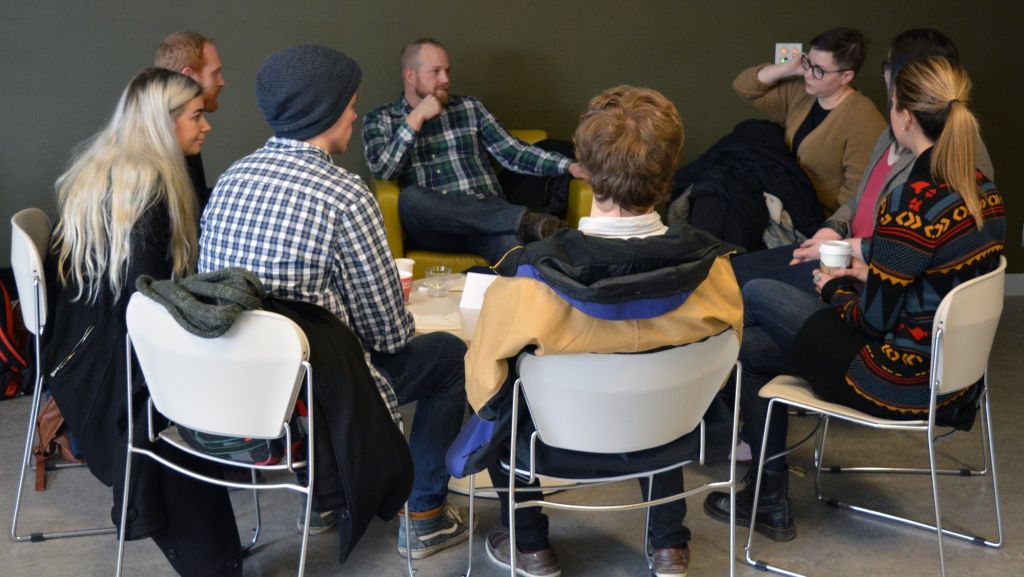 Algonquin brought the ongoing issue of mental illness into the light with volunteers talking about past experiences with depression, anxiety and schizophrenia at Algonquin’s first ever Human Library on Jan. 25.

The Human Library brought together a group of people who volunteered to be “books”, talking to a group of students about difficult points in their life, whether it be grief, loss or, in this case, mental health.

One of the more popular volunteers was Len Reynen, who appeared on CTV and Algonquin Radio earlier in the day. Reynen shared his experience of paranoid schizophrenia, depression, anxiety and substance abuse.

“I’m starting to warm up to the idea,” he said about sharing his story with a group of people. “I think it’s important for people who can do what I just did.”

Reynen started his journey with mental illness when he was 13-years-old, diagnosed with depression which eventually transformed into a diagnosis of paranoid schizophrenia. Up until two years ago, he struggled with drug and alcohol abuse.

However, Reynen was able to turn his life around after one last suicide attempt. After driving to a park in North Gower, Reynen was ready to go through with his decision when a song came on the radio.

The song spoke to Reynen and gave him exactly what he needed to hear at that moment in time. That was when he dropped what he was doing and reached out to get help for his condition.

Reynen currently attends Algonquin as a public relations student and aspires to be a public health and mental health advocate.

Another volunteer talking to students was Adam Janes who spoke about his past problems with anxiety and depression. Janes talked about his journey through his mental illness including adolescence, his twenties and a few years ago, when he lost his job while having a wife and children to support.

Algonquin public relations student Kayla Spagnoli, planned and organized this event for a month in order to raise awareness about mental health, which continues to be a problem among college and university students.

While Spagnoli organized the event, she also volunteered as one of the human books. She fought with borderline personality disorder from a young age which is a serious mental disorder marked by a pattern of ongoing instability in moods, behavior, self-image and functioning.

While Spagnoli plans to graduate this coming April, she hopes that someone else will take the initiative to organize the event again.

If the Human Library were to return, both Janes and Reynen would be eager to participate a second time to help and share their story to more students.

“It’s very important for people to share their story and for their story to be heard,” said Reynen. “You can learn a lot by listening to other people especially people who have been through difficult walks in life.”