Students in ACCE take the cake 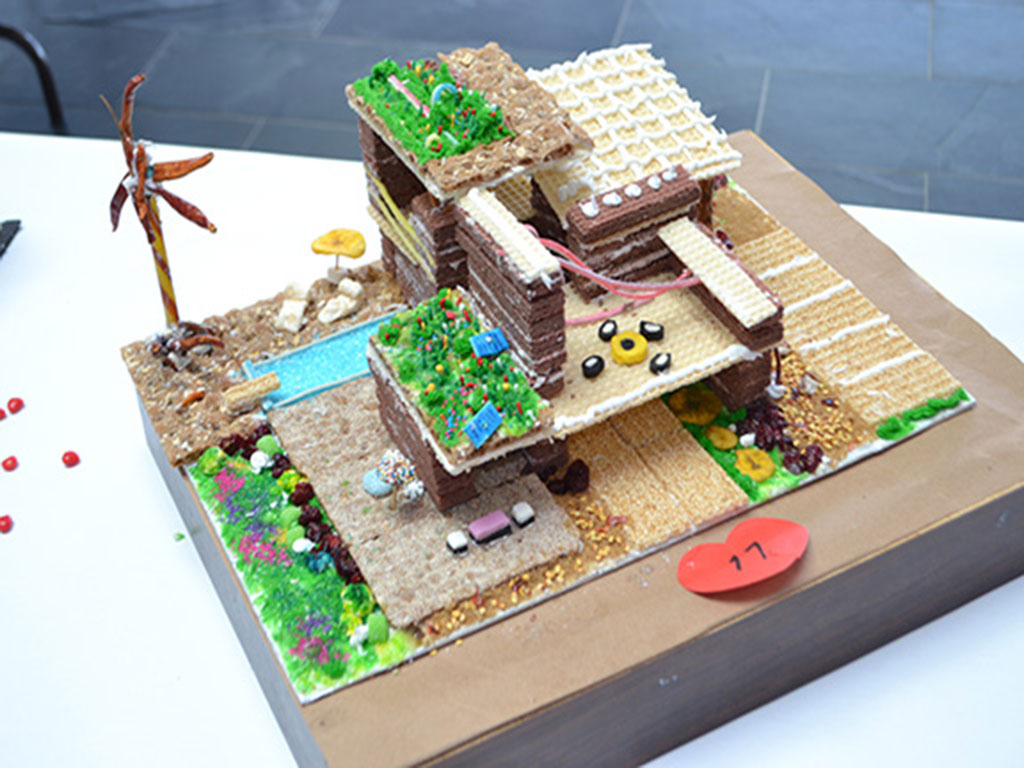 Edible architecture: not two words that would usually be associated with one another.

On Feb. 14 however, the two were combined for a competition at Algonquin for students studying in the ACCE building.

Students gathered at 10 a.m. on the final day of classes before the reading week to submit their entries for the twenty-fourth annual edible architecture competition which featured edible pieces of architecture which were either unique designs, or replicas of real life buildings.

There were only a couple rules: the design must be completely edible, excluding the base, and the design could not exceed the size limits of 18” x 18” x 12”.

The event was run by several members of Algonquin’s faculty, including architectural technology professor Chris Hewett and coordinator of interior decorating SJ Normand.

The competition was open to any student that is currently studying a program within the ACCE building at the college, but that wasn’t always the case.

“We’ve extended invites to everyone who’s in the ACCE building now. It started with architecture students,” said Hewett. “Then, SJ Normand got her students involved.”

Although submissions were coming in slowly at first, contestants began rushing their delicious designs in for the noon deadline, reaching over 20 submissions.

“Every year it changes, we don’t really have pre-registration,” said Hewett on his expected turnout. “We’ve seen up to 40 submissions.”

Once the deadline hit, the panel of five judges, including Algonquin President Kent MacDonald, began making their rounds to determine the winners of several categories including most humorous, most innovative, most realistic, best furniture and best construction detail.

After the judges had carefully examined each delicacy, they counselled to reach a consensus for each winner while spectators made their rounds and voted for the people’s choice.

After some intense conferencing, MacDonald emerged to announce the winners of each category.

The winners were a team of two by the names of  Iyett Gonzalez and Zeina Badawi, whose Green Architecture design also took the cake for most realistic and best construction detail as well as best overall.

The futuristic design, built mainly of wafers and several types of candy, created a delicious, yet unique concept that had spectators drooling for a bite as the winners took their treat home.