Students hope to aim and fire 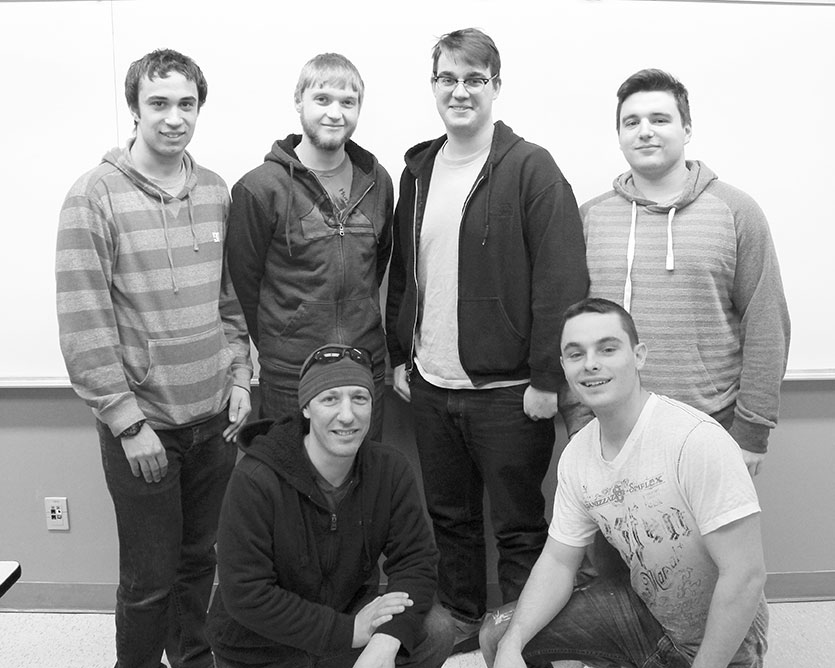 The engineering club is new to the college this year and hopes that their events will get students interested and involved. They are the first club the college has had for this particular program.

A group of students launch their first engineering club event at Algonquin with a trebuchet competition.

The event is the first of many for the club, which was formed this year as an avenue for their class to venture into bigger competitions across the country.

“Our program is not really well-known in the school so we thought it would be really important to get the name out there,” explained club president Sam Kelsey. “We want to try to compete next year against other colleges and universities, but first we need to be noticed.”

The club’s first competition takes place on April 1 and it will bring together teams from across the college, who design and create their own trebuchet.

“A trebuchet is like a catapult, powered by gravity, but it’s less technical,” stated Kelsey. “It’s something people have done for thousands of years, so why not bring back a cool piece of technology?”

The club encourages anyone to join- no experience needed- to come test their constructions out in the gym or watch the competition. Beanbags will be used to judge the distance and whichever team hits the target will determine the winner.

“It will be fun; you basically get to build a siege weapon, except instead of throwing rocks you’re throwing beanbags,” said Kelsey.

For those who are interested in signing up, forms are available in room T226 and anyone who would like more information is encouraged to ask any club members for help.

“We are trying to start this club and do small events to hopefully gain us some popularity so then we can do competitions outside of Algonquin,” stated Graham Falt, co-president of the engineering club.

Since there is currently a strict rule holding colleges back from competing against universities, the club plans on hosting a variety of events and competitions to get more recognition and eventually be able to take part in larger-scale events.

“We’ve never had a club before for this program, so we’re really trying to get it going for the long-run… It starts now but we really want to try to get a legacy going!” stated Alex Ocolism.