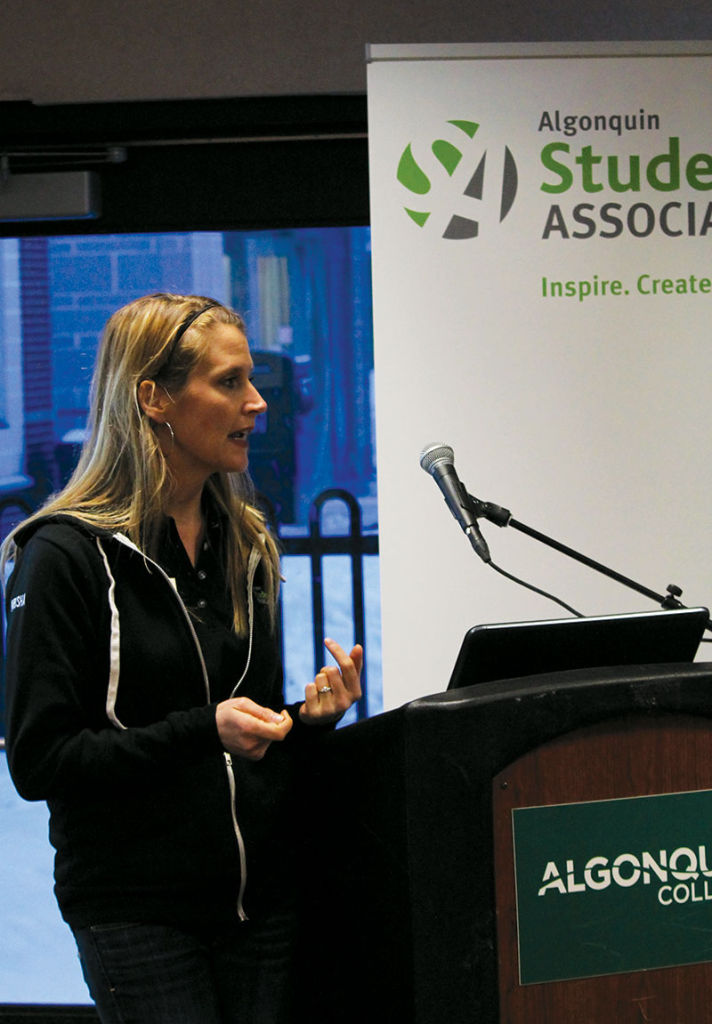 n_OCTransport Students' Association vice-president Krisha Stanton hosting an information session on transportation and the pros and cons of U-Pass on Jan. 22.

The Students’ Association is exploring the possibility of a referendum to decide whether Algonquin students will be able to take advantage of the U-Pass.

Due to guidelines set by the Ontario Ministry of Training, Colleges and Universities, a referendum is mandatory to increase student fees by the percentage required by U-Pass.

The timeline laid out in the presentation showed that the U-Pass would most likely not be implemented until late 2015 if U-Pass supporters win the referendum.

There may be a need for two referendums. The first would possibly focus on what percentage of students would be required to vote in favour of the U-Pass for it to be implemented. The second would be the actual referendum and, according to the SA, would be prepared by the city.

“The city will want to have their question on the referendum ballot,” said Stanton. “And it will be a very legalized question.”

“By the time the referendums come I won’t be here,” Halfyard said. “But based on principle, I would say that if the University of Ottawa has a universal bus pass and Carleton has one, then Algonquin should have one too.”

Implementation of the U-Pass would increase student fees by roughly $185 per semester but would save those that pay for monthly bus passes approximately $360 per year.

Critics worry that because there is no option to opt out of its fees the U-Pass is unfair to those that drive or walk.

For the time being, those that bus are charged $98.75 a month and, unless they are under 19, do not have a student rate option.