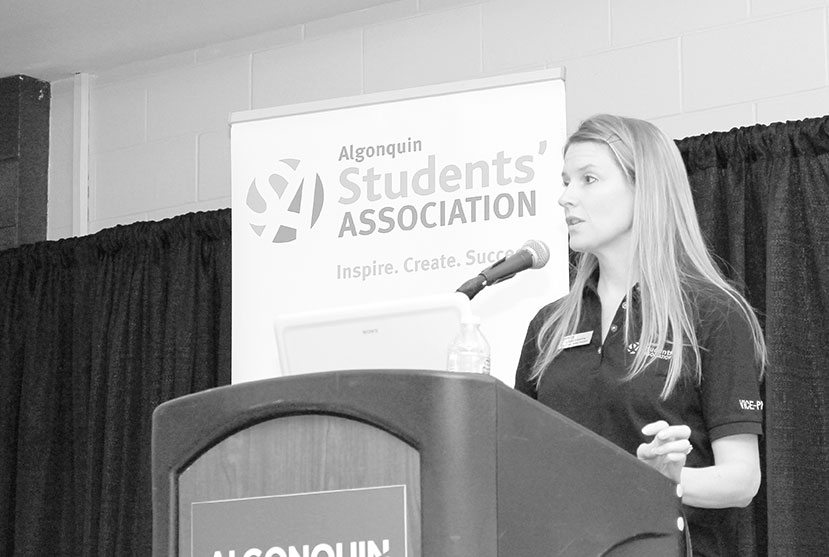 Mounting frustrations over the lack of Algonquin inclusion in the OC Transpo U-Pass program came to a head at the student forum
on Feb. 10.

Stanton said that the earliest point at which Algonquin could have the pass is 2015 after a referendum in 2014.

Michael Robinson, a journalism student and class rep, however, wondered why a referendum had not been held in 2012 when Mayor Jim Watson asked for one.

“My understanding is, at the time the student voice was to put pressure on the city to put the student pass back in,” said Stanton, referring to the city’s decision to change the student pass eligibility to be for people under 19 years old. The SA considered a human rights lawsuit last year on the basis that age does not define who is a student but it didn’t follow through.

“That makes me concerned that we’re (only) starting an idea,” said Robinson. “There’s got to be a better way.”

Stanton explained that the SA had to follow city protocol put in place to protect students from a fee added to their tuition on a whim.

“I definitely understand, having seen the process of municipal government — it’s a slow, hulking mass of a beast,” she said.

This student raised another central point to the issue. “Those who do drive pay a lot more than we do,” she said. However, a male student made a statement later which would be a relief to some of those students.

Despite the drawbacks for drivers, student surveys indicated that of 63 respondents who drive, 34 said yes, 27 said no and two were undecided
on the U-Pass adoption. Of 114 bus riders, 97 said yes, 16 said no and one was undecided.

The forum was not only about the U-Pass. A female student said there were many chaotic events during the gas leak which included people who wouldn’t leave, students who wanted lights for their cigarettes and students who caused an accident while crossing the street.

She asked for education about an appropriate emergency protocol for Algonquin students.

“The college has an emergency protocol,” said Stanton, and there was a drill for it in the fall. “But an emergency is very different when it’s real and unplanned.”