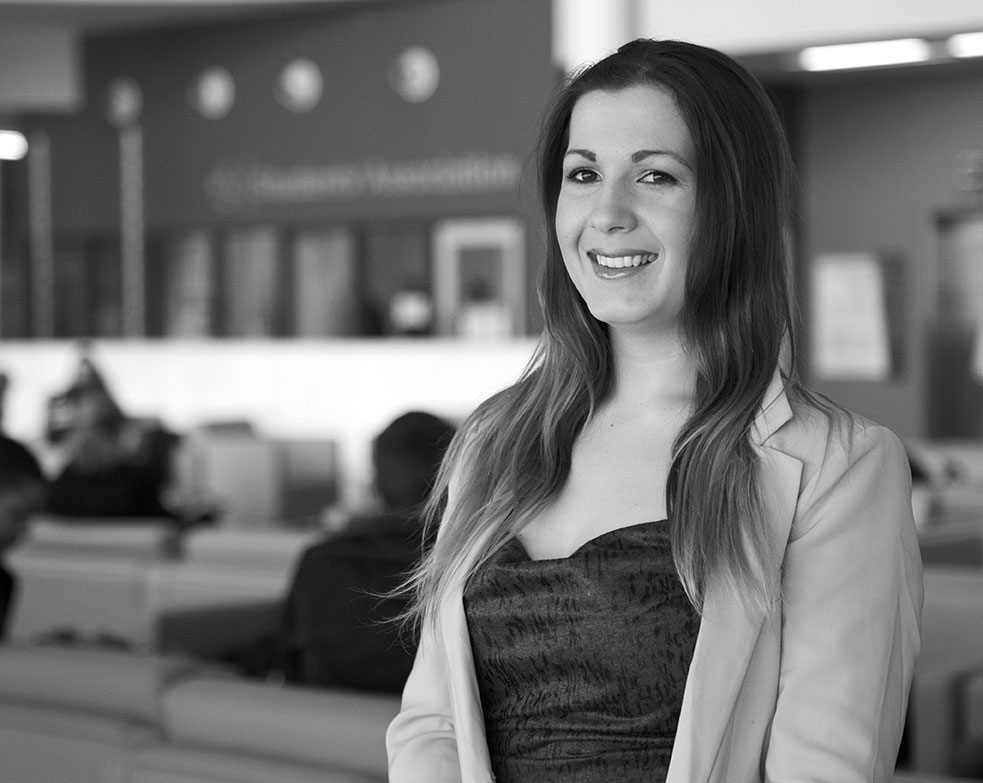 Christina Miller is one of three candidates on the presidential ballot, all vying for the top job in the Students’ Association (SA).

Buoyed by her recent success in becoming a SA director, the 22-year-old business student is finally on her way to starting her political career.

And she’s wasted no time in tackling Algonquin’s most pressing issues.

“One of the first things I would do if elected, is hold a referendum on the U-Pass,” Miller said. “But with clearly stated deadlines and more information on opt-out programs.

“We are an eco-friendly school and should support students with cheaper transportation.”

The debate concerning the U-Pass has been ongoing throughout the year. The current SA board of directors has expressed concern as to whether or not the college’s unique demographics would benefit from the pass.

“We should find options to give back to students who drive as well,” she said. “Cheaper parking, or incentives for car pooling like having access to better parking spots for example.”

Other priorities resting on Miller’s platform include addressing the school’s state of cleanliness.

“We shouldn’t have to deal with dirty washrooms and cafeteria tables,” she said. “Students could get sick.”

Technological barriers concern her as well, such as inconsistent Internet connectivity and problems experienced by those participating in the college’s new e-textbook initiative. Despite complaints lodged by students in first semester, provincial funding announced in February will move the initiative forward, expanding the strategy from 34 to 119 programs.

“There is this division and confusion with the technology,” Miller said. “We need to be more supportive of students who have to access e-texts.”

Her qualifications include past retail managerial experience, but she is also counting on her international experience to give her an edge in the competition.

She was on a year-long visionary mission to Lima, Peru when, in amongst the everyday tasks of installing play areas for orphans, she embraced an inspiration to help others achieve the best for themselves.

“It was helping others achieve hopes and dreams, that I developed skills only learned through experience,” she said, referring to the 2012 excursion. “I like to help people, this is what makes me qualified.”

Luciana Armijo, who met Christina last year, agree’s that generosity is in her blood.

“I can tell you for a fact that she loves Algonquin and she’s running for selfless reasons,” said Armijo.

Miller displays an upbeat demeanour when she speaks, but it is underlined by a seriousness bent on being the best student she can be.

“Everytime I wake up, I want to be proud,” she said.

“The moment I started at this school, I couldn’t wipe the smile off of my face.”

Students interested in learning more about Miller can reach her through Twitter at her handle @votemiller2014 or the hashtag #votemiller2014.