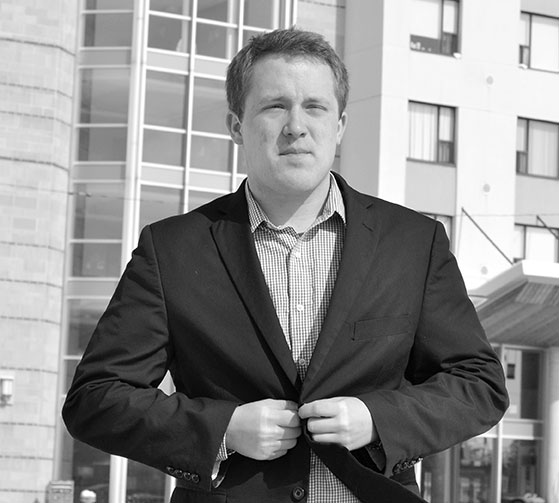 In the fall Aaron (AJ) Adams will be starting a post graduate program in mobile and social media management. But he also hopes he will be leading the Students’ Association as president.

Adams, originally from Kincardine, Ont., is a second-year public relations student who is hoping to use his experience to raise student awareness about the services Algonquin has to offer.

“Many students I’ve talked to had no idea of everything that is on the third floor of the Student Commons, the counselling services, the centre for students with disabilities and all of those (services),” said Adams. “Getting awareness out to everything the college has to offer at all three campuses is something that needs to be improved upon.”

Adams has a solid background in leadership positions, acting as a class representative for the past two years and most recently acting as a residency advisor.

“He’s a cool RA. He’s very organized and he knows how to get stuff done,” said Ashley Newton, a scriptwriting student who lives in residence. “He’s easily approachable.”

“Working as an RA I have that extra knowledge on what the college offers,” said Adams. “As president of the SA you are the voice of the students’ needs and wants. If it’s student services or events, that’s something the president needs to know, and as an RA I already have knowledge of how to find all that info.”

In the past he has also worked on executive committees for his hometown youth basketball league, his high school’s toy drive committee and a member of the town’s Kraft Hockeyville committee.

“Even if he’s busy and you need him to do something he’ll still get back to you,” said Newton. “He won’t leave you hanging.”

Weighing in on the contentious U-Pass issue Adams said that it was needed but only on the condition that an opt-out was possible.

“There are students that live in residence that don’t really need it. Then there is students living at home, and Pembroke and Perth campus would also have to buy it, which wouldn’t be fair to them. So trying to work with OC Transpo and the city of Ottawa to get a U-pass but have an option to opt-out will be extremely difficult, but that’s something the SA can work towards.”

At the AGM on March 12, Adams finished fourth in total votes, and first out of presidential candidates, with 887.