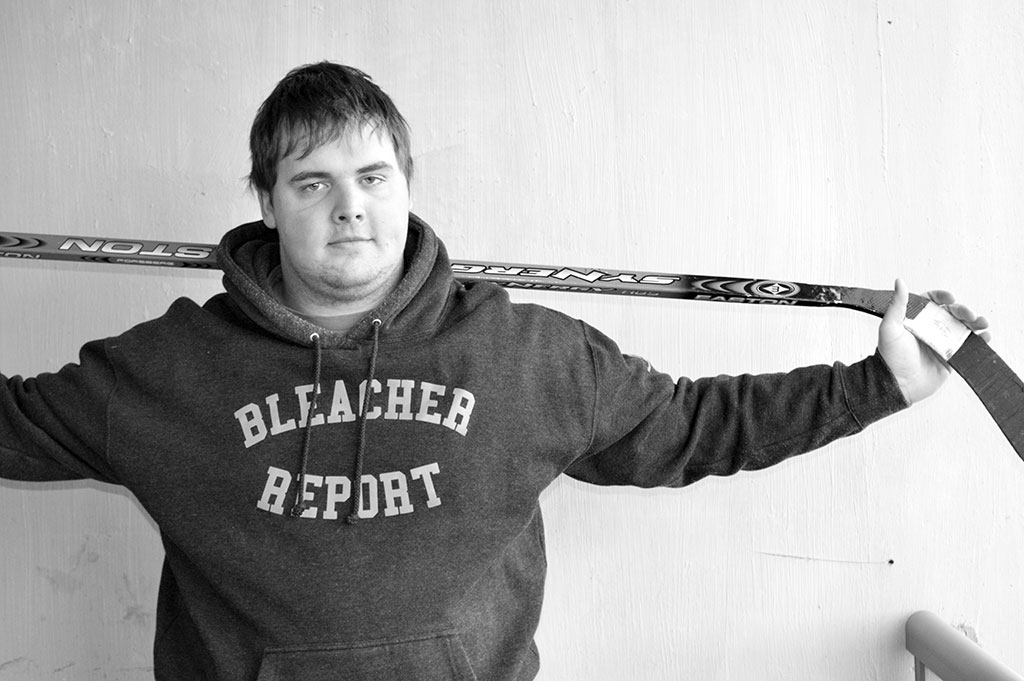 In 2007, Isaac Smith was reading an article about the Detroit Red Wings, his favourite hockey team. But the 22 year-old computer systems technology student noticed the author didn’t know the Red Wings as much as he should.

Deciding he could do a better job, Smith went looking for a better, more reliable media outlet when he stumbled upon the Bleacher Report.

“It’s amazing where it’s gone for me. I started writing just because I didn’t like what I was reading,” said Smith.

When Turner Sports bought, the previously independent, Bleacher Report last year, the $30 he got paid per live blog was increased to $50. Smith also considers the opportunities he has to attend certain sports events and interview players a pretty great form of payment.

After seeing an advertisement on Facebook looking for writers, Smith did an online workshop with the Bleacher Report to learn some writing skills.

The Red Wings became his team of choice when he moved to Michigan at seven years old. They had just won their second Stanley Cup leading people to believe he was just jumping on the bandwagon.

In 2012, Smith received a media pass from Bleacher Report to cover the NHL All-Star game. He enjoyed the perks of being able to speak to people who have their own hockey cards.

Smith has had an article appear on nhl.com and a live blog on CNN.

Writing was never a path that Smith thought he would be taking. He graduated from Carleton with a law degree and after struggling to find a job in his field, he discovered that there were more jobs related to IT and computer security, which is when he came to Algonquin.

“I didn’t want to be a journalist because I feel as though going to school in journalism or English is fine if you want to get a job after,” said Smith. “When I started writing I was a terrible writer but I’m not a terrible writer anymore.”

Having an education in writing wouldn’t really be beneficial for him specifically said Smith. The minimal editing time he has when live blogging makes it feel substantially different than just writing a regular article.

He wants to write for as long as he can. Especially being in school and trying to juggle all of his work, Smith has a limited amount of time to write for the Bleacher Report. Smith says he’ll continue to write a couple articles a week if he can.