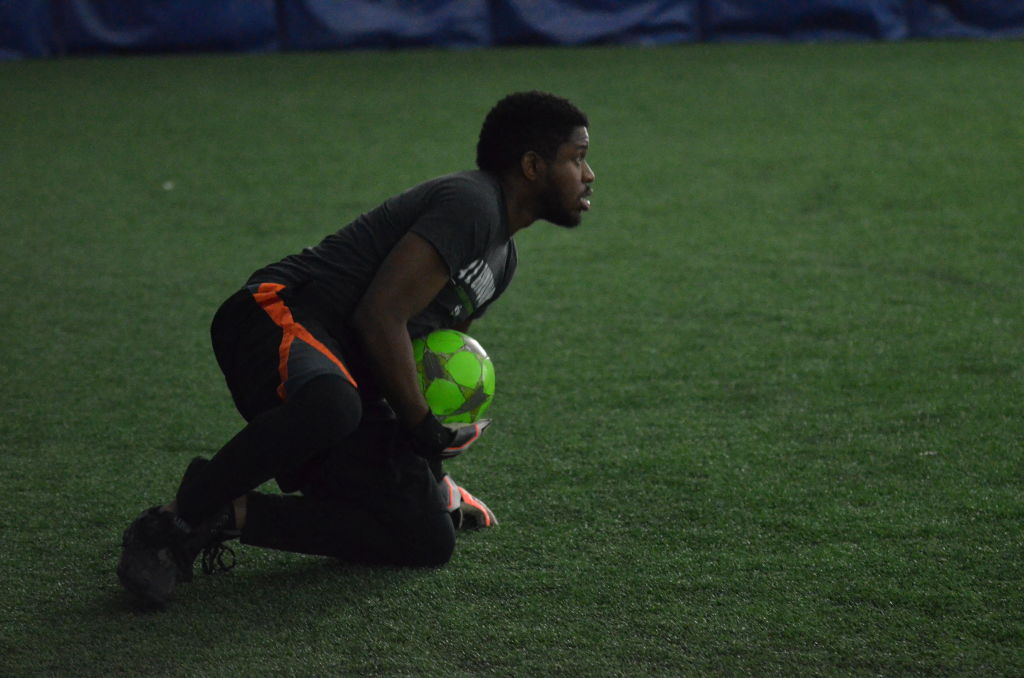 Chijioke Onwuasor makes a save during the charity soccer tournament that was held Feb.12. The tournament was part of a student leadership project.

Students came together in the Thunderdome on Feb. 12 to play some soccer and raise funds for Syrian refugees in Ottawa and the Dominican Republic.

The charity soccer tournament was part of a leadership project undertaken by five third-year civil engineering technology students that encourages them to go and out and contribute to the community.

To participate, students had to pay $4 for individual students, and $24 for the planned six-person team. The teams would compete against one another, and the winning team would take home $80 in prize money. In addition to the prize, the event raised $75 and the organizers pitched in to make $100 for charity.

The tournament ran from noon until 4 p.m., and was planned to have six teams of six people each. However, one team was missing and seven to eight people showed up for each team. Moreover, the event almost ran into over time, which made the tension in the final game all the more apparent as the teams struggled to end the game on time. Despite this, the organizers were very positive about the event.

“It went really well,” said Diamond Mol Heng, one of the organizers. “every player really enjoyed it. No injuries, no fighting, so we’re really happy with it.”

The organizers were not the only people who were happy. The sense of fun was strong in the Thunderdome, and the teams – with names like “Chiedo United” and “IBM City” – played hard.

“It was nice, it was fun,” said Chiedo David, one of the players for Chiedo United. “We played to our strengths.”