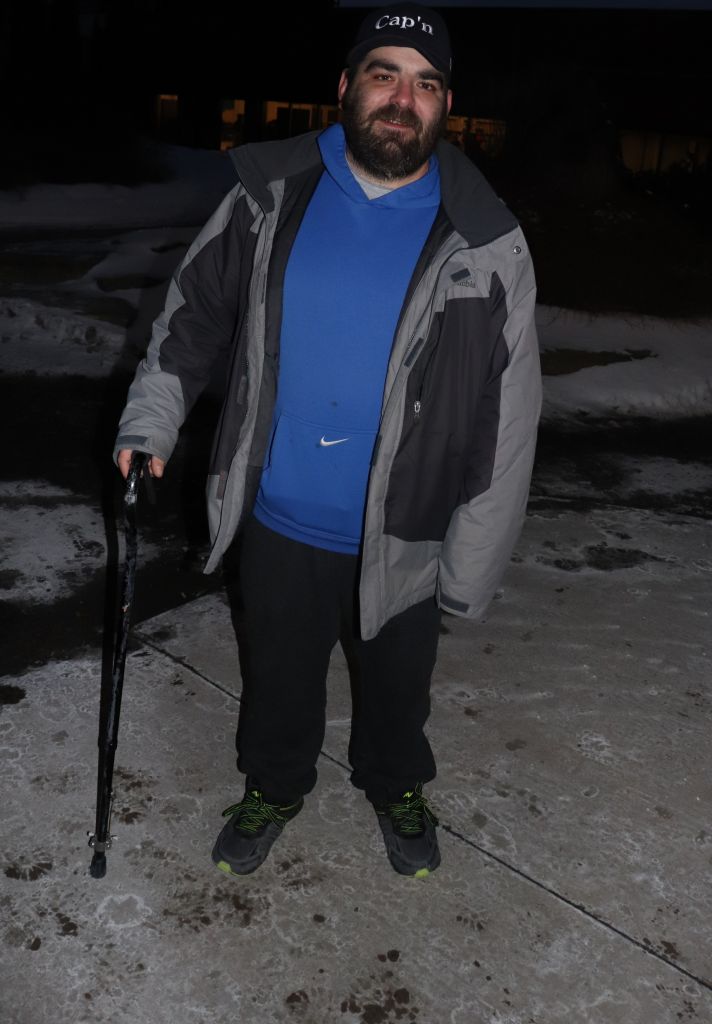 “I envision this could be one of the most important legacies that I leave here at the college.”

And so far at least, the college has been serious about alerting students and staff that they’re contravening the new ban.

“Since Jan. 2, our security has engaged with 2,064 smokers on campus; we’ve only had to give five notices of non-compliance since Jan. 2,” said Jensen.

Algonquin is the only post-secondary college in Ottawa to have such a stringent smoke-free policy in place.

Both Carleton University and the University of Ottawa have said marijuana use will be prohibited on their campuses, but they will still allow tobacco smoking. St. Paul University has a smoke-free campus policy in place, and La Cité Collégiale has banned cannabis smoking on its campus.

The impact on the Algonquin community, however, is starting to be felt.

For students such as Chris Lorincz, a first-year radio broadcasting student, walking to Baseline Avenue or Navaho Drive to have a smoke isn’t that easy.

Lorincz has a physical disability which makes walking difficult. He needs a cane for support. The walk to Baseline or Navaho and back to school would take Lorincz an hour.

Even just getting around campus takes Lorincz a long period of time.

As of Jan.22, he has received five notices of non-compliance. According to Lorincz, since receiving the notices, he has heard nothing from the college.

According to a message from Jensen circulated to the college community on Jan. 21, notices of non-compliance will be issued by Algonquin security officers, who are authorized to issue them to employees and students.

“It is important to point out that a Notice of Non-Compliance will not be issued immediately to every person who violates the Smoke-Free Policy,” said Jensen in the message. “Initially, Security Officers will make people aware of the policy and ask them to comply with it by extinguishing smoking materials or leaving the Campus.”

When requested by security personnel or other Algonquin officials, all staff and students are to identify themselves by showing proper identification, according to the new smoke-free policy. Then they would receive a notice of non-compliance.

The policy states members of the college community who do not comply with this policy will be subject to disciplinary actions. What those actions are is not precise, as they follow the employee code of conduct and the student code of conduct.

Students are wondering: If the smoke-free policy is so important why is there no follow-through on the notices?

What is known, is that security services will provide documentation of each notice to the Student Support Services director’s office. Security will let them know the number of times the student has been encountered and other policy infractions that have been given. Disciplinary measures for students include mediatio, possible sanctions and alternative disciplinary actions.

For employees, a copy of the non-compliance notices are forwarded to their manager/chair.

The policy states that it is the responsibility of the manager/chair to ensure employees obey the rules. Possible disciplinary measures include corrective counselling and discipline stages of the employee code of conduct.

Members of the general public who are on campus and refuse to comply with the smoke-free policy may be removed from the Algonquin premises.

For more information on the smoke-free policy you can visit www.algonquincollege.com/cleanair .

“I envision this could be one of the most important legacies that I leave here at the college.” That’s Algonquin President Cheryl Jensen’s view of the importance of the newly-official campus smoking ban which took effect Jan. 1, 2019. And so far at least, the college has been serious about alerting students and staff that […]

“I envision this could be one of the most important legacies that I leave here at the college.” That’s Algonquin President Cheryl Jensen’s view of the importance of the newly-official campus smoking ban which took effect Jan. 1, 2019. And so far at least, the college has been serious about alerting students and staff that […]