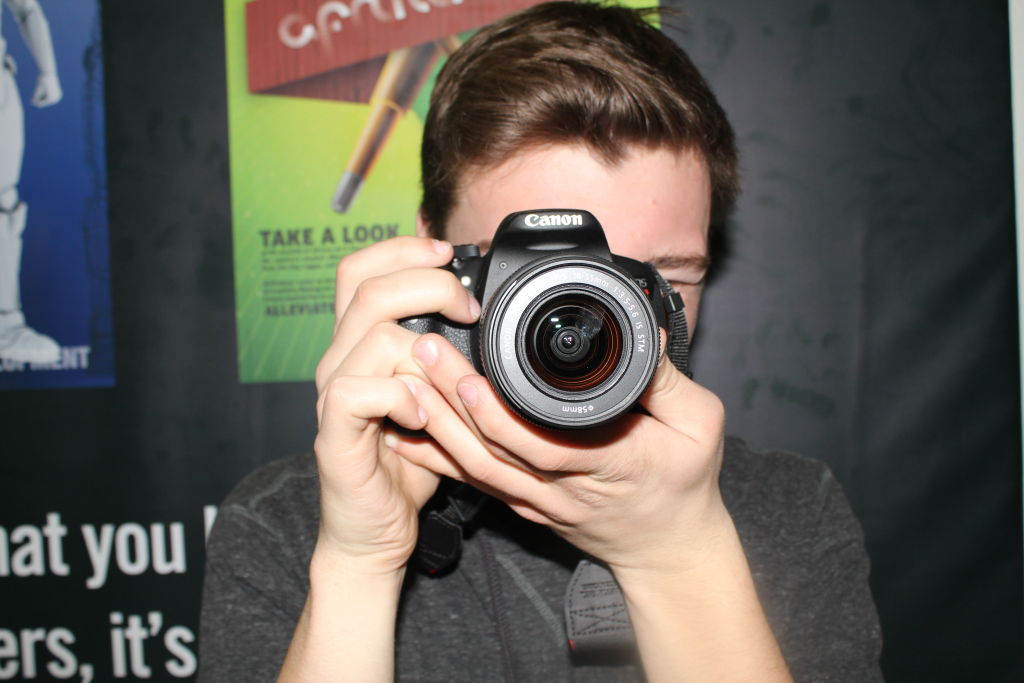 That’s not just a valuable life lesson, but the theme of a short film contest that TV Ontario is holding.

McManaman used his knowledge of filmmaking to show how the academic upgrading program at Algonquin is the embodiment of exactly that.

“Students of all ages come to expand their knowledge and learn things they never knew before,” said McManaman. “It’s the textbook definition of “never stop learning,” and it’s proof that it’s never too late to have a second chance.”

What is academic upgrading exactly?

“Academic upgrading is a program where students can get their prerequisites for entry into college,” said Shelley Charlong, academic upgrading professor and coordinator. “We offer several different programs such as English, math and biology, accepting students 19-years-of-age and up and provide them with the necessary skills and knowledge to be successful in post-secondary education.”

Being a student in the program, McManaman had first-hand experience with upgrading his credits and being a part of what the program strives to do. Because of this, McManaman knew how to properly present the program, their message and what makes them an important part of the college.

Originally McManaman decided to enter the competition as a personal project to gain more film-making experience, but with a subject that fit the bill and the overwhelming support of professors in the program, the short documentary turned into much more than a simple five-minute short film for a competition.

“This grew to be so much bigger than I thought it would be,” said McManaman. “Originally I was just going to film my class and teacher, but once everyone in the program found out, it turned into something so much more.”

Professors were thrilled when they heard the news that McManaman was making the documentary. Charlong, as well as other professors, helped McManaman find classes to film and set up interviews with students of all ages and ethnicities for McManaman to film and show the diversity of the program.

McManaman’s short film was not only an opportunity for one of their own students to further their knowledge, but to spread the word about the program itself.

“We were so excited when he told us about the film,” said Charlong. “For Andrew and for our program. It would be nice to spread the word even further about academic upgrading. Not everyone knows what we do here at AU and it would be great to get our message out.”

The program is planning to show the video at the program’s annual Achievement Ceremony that they hold twice a year, and will make a link to the video on the program’s website for everyone interested.

Now that the short film is done and submitted, McManaman is excited to see not only what this documentary holds for his future, but for the future of the academic upgrading program.

“I’m so glad I did this,” said McManaman. “This is a great program that gets so overlooked. The teachers and students are really great and I hope this video can help spread the word and give them the recognition they deserve.”