Scrumming for the first time 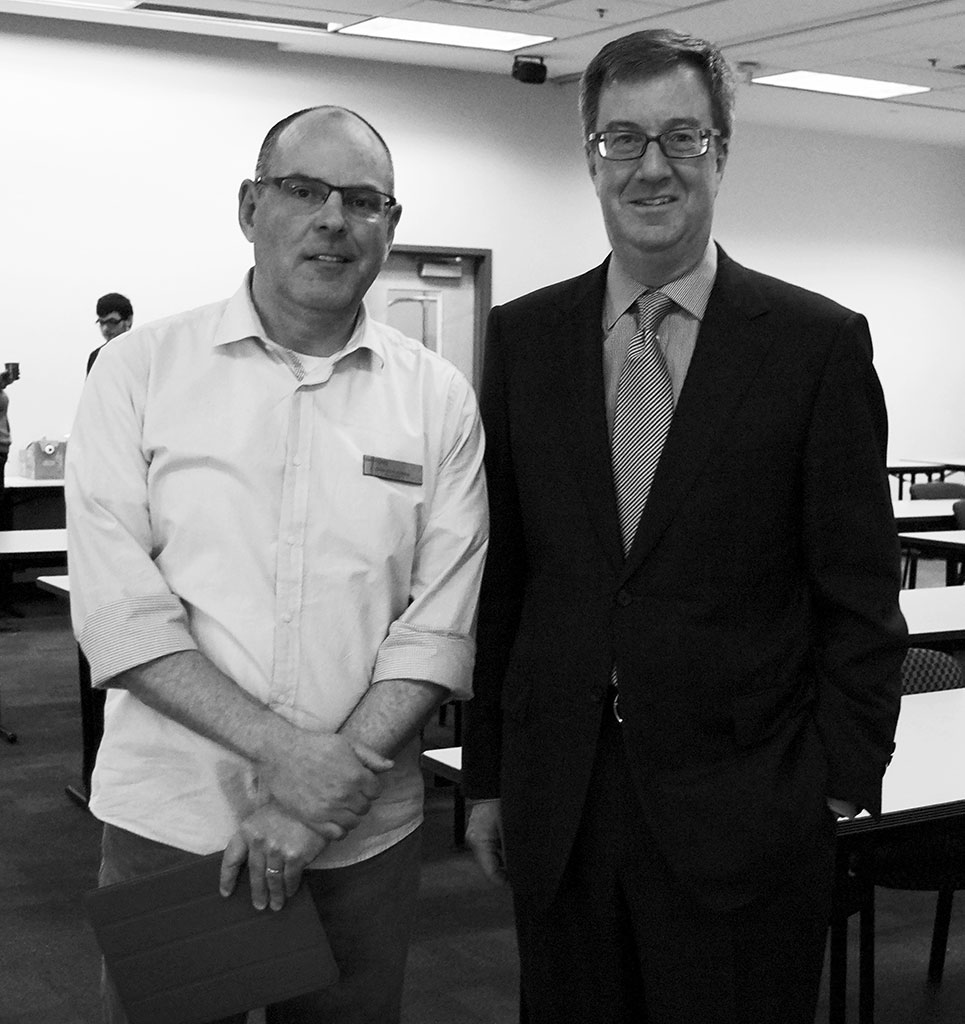 Students in the radio broadcasting program were taught the skill of scrumming when mayor Jim Watson came to the T-building on Feb. 6.

Watson gave a speech on the importance of both journalism and radio. Two groups of 20 students in the program were given a chance to spend five minutes asking questions.

“In many ways, we sort of rely on one an other. Politicians need journalists to get the story out about what we’re trying to do during election campaigns and journalists need politicians because we often make the news,” said Watson. “This has become sort of an annual pilgrimage out to Algonquin to talk to the journalism and radio students.”

The experience was helpful for some but others found it difficult to ask questions. They crowded in around him and spoke over each other trying to get his attention.

“Even though this was the reason he came down and he was expecting it, I still found it awkward,” said Deanna Dziarski, a first-year radio broadcast student. “I didn’t necessarily enjoy the experience because I felt like my questions may have been stupid.

It’s hard to talk over people and have the interviewee hear what I’m saying.”

Dan Pihlainen, coordinator of the radio broadcasting program doesn’t think of the scrum as the only learning experience. He also wanted Watson to talk about current events in the city to have students become more involved.

“We still need to get the students involved and engaged in city politics,” said Pihlainen. “When they meet him, they tend to take a greater interest in what’s going on in the city around them.”

Watson answered questions regarding the new transit system, the importance of social media and the current lawsuits between OC Transpo and the victims of the bus crash.