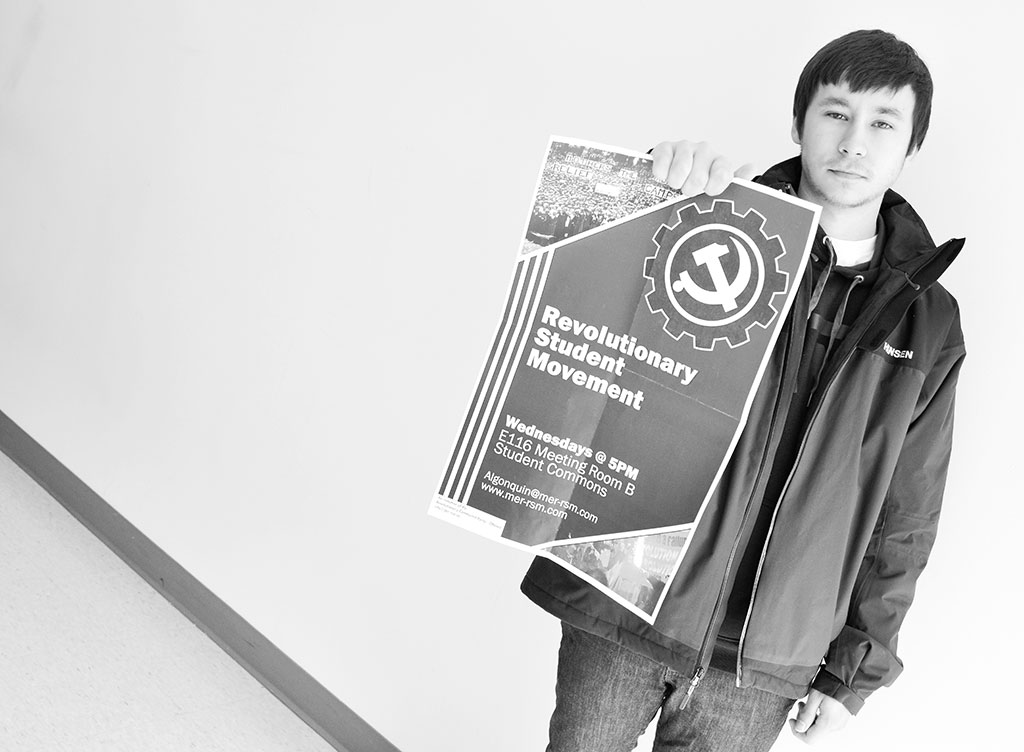 A new Algonquin political club called the Revolutionary Student Movement, has had 41 posters torn down off of billboards across campus.

“It’s reprehensible; it should never happen. The nature of politics is oppositional, but something like this is not alright,” said Faris Lehn, clubs and communities co-ordinator.

Since the posters were put up the group has seen an uproar from different people, which is not a surprise since the movement is the first political club the college has seen.

Algonquin security have been notified and shown where the posters have been torn down. Security is currently looking into it, and is taking the matter very seriously. So far there haven’t been any leads, but the investigation continues.

“It just feels like certain people are deciding what should and should not be shown, which is not right,” said Brendan White, co-founder of the movement.

The movement has been around since November 2013 but only became an official club this past January.

Neppel was involved with student initiatives prior to coming to Algonquin. When she finally came to the college, she was determined to create a group here, which eventually materialized into the movement. Co-founder, Brendan White, came to Ottawa and eventually Algonquin with similar objectives and teamed up with Neppel to create what is now the Revolutionary Student Movement.

“What we’re hoping to do is to create a student movement that isn’t going to end when people graduate,” said Neppel.

The movement consists of 20 people and growing. They meet every week on Wednesday to develop political education for anyone that’s willing to listen. They wish to help fellow students as best they can.

“We want to be part of the change that folks want to see happen,” said Neppel. “There’s always room for improvement.”

The movement hopes to continue with their campaigning, movie nights and to work with other clubs.